A week in Kuala Lumpur

When it rains it pours in KL. One moment the sun in shining and the next.... Driving is not easy I imagine but the locals are used to it. Since the city is divided into pockets the only way to get around is by Car or public transport. There are few footpaths, no bicycle lanes and the public transport system is underdeveloped to put it kindly. 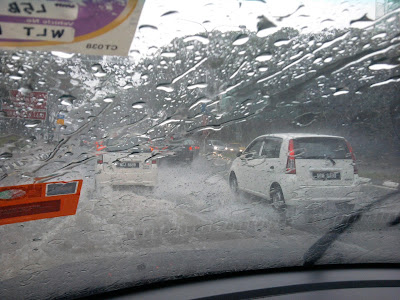 longtime friend and colleague Peter Long runs the Polgar chess academy together with his wife Luisa and between meals I was allowed to torture some of the students. 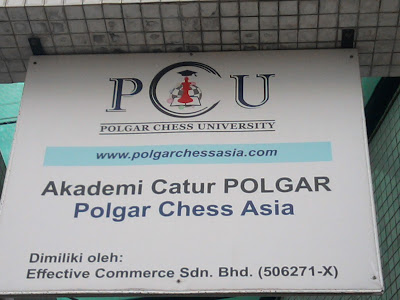 Interest in Chess is quite high and increasing in Malaysia. The benefits to the minds of youngsters are well known and being increasingly documented. On the weekend the centre was full of young minds eager to learn so by the time Saturday evening arrived we were all very hungry. The choice of restaurant was left up to Sarah. "Fatty Crab" of course. 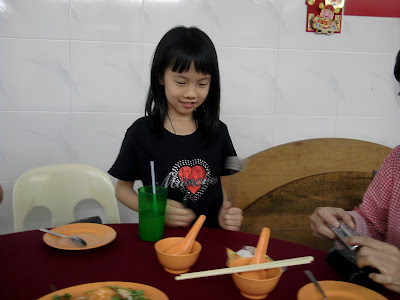 Luisa, Peter and I raised no objections. 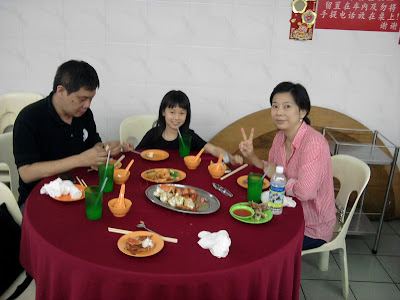 There is not much available except crab (chicken wings) but that is superb. Unfortunately for Peter he had to spend half the time de-shelling crab for Sarah :-) 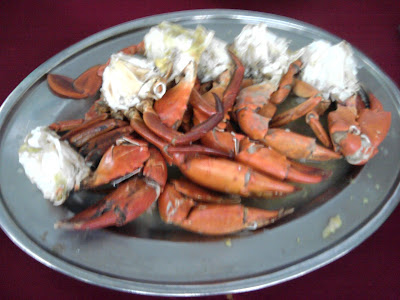 Another great way to spend a few hours, especially if the weather is not perfect, is strolling around one of the many modern air-conditioned Malls. Now the Malls here are like little cities. If you were to live in an adjoining apartment you could work, go to the Gym, shop, eat, visit doctor, dentist, whatever. I am sure you would never have to leave the building to have a rich, fulfilled life. You could even play Chess! This Mall is the Venue for the Malaysian open every year! 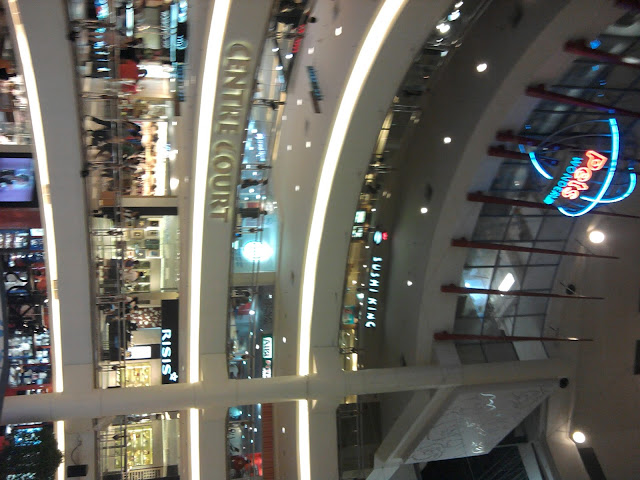 Time to go out and take some more pictures for you.
Posted by doubleroo at 18:45 3 comments:

Last week a serious of unexpected events made me wonder if I wasn't running around in ever decreasing circles and if so then what actions I could undertake to avoid reaching the inevitable, undesirable destination.

I have heard tell that in similar situations people turn to chemical remedies, be they legal or not, or consult therapists. Now the first option can at best temporarily obscure the underlying causes and at worst damage ones health even occasioning death if administered for an extended period or in incorrect dosages. The second option is completely beyond me. Paying to talk to a stranger. What? No friends?

There is a third lesser utilized option that I believe shepherds have used for generations whenever they saw danger approaching. Getting the flock out of here.

Monday morning I booked a ticket to Malaysia. One problem solved. While on stopover in Dubai I bought a new laptop, a Samsung RF511. I had been missing my chess programs, preparing for games and watching shows like "The Daily Show" and the "Colbert Report" but more than anything else I missed Blogging! Another problem solved. The next day I arrived in Kuala Lumpur International Airport where I was picked up by my old friend Peter Long and taken to eat Roti Channai with various Curries and dring Teh Halia. I immediately felt happy and relaxed and knew I had made the right decision.

First let me bring you up to date. Shortly after my previous post Nina and I drove back to France and visited her brother in Paris. 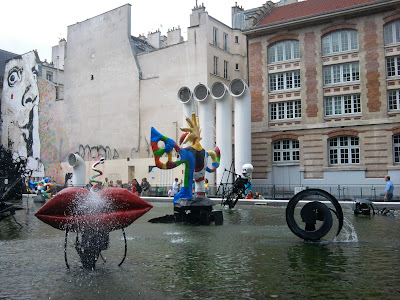 A famous fountain near the centre who's name I have now forgotten. Can anybody help out? 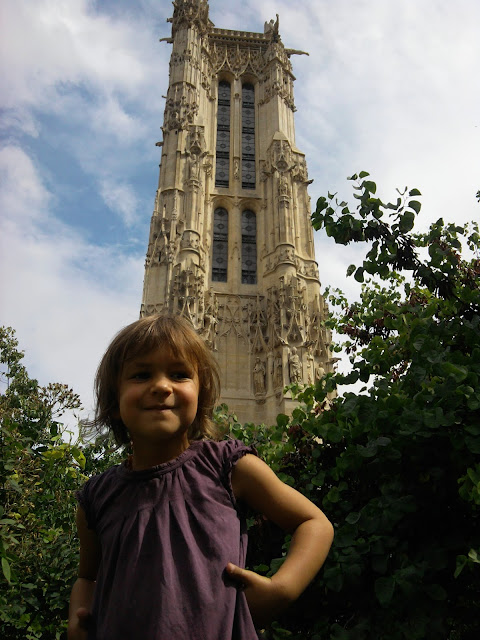 This is the "Tour de Saint-Jacques". Easy to remember. I love Scallops. 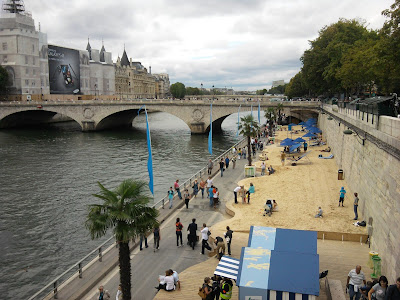 Paris has everything. Even a beach.

After a pleasant weekend in Paris enjoying the hospitality of her brother Pierre, Nina, Francoise and I headed back to Vendeness sur Arroux. We took a little shortcut on the way to take some pictures of my favourite house in all of France. 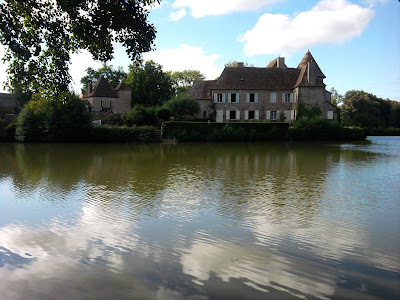 This is an old fortification built in the 13th century. The same family still lives there. Amazing. 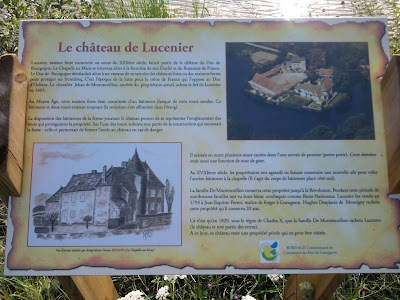 Here is the story for all you Francophiles.

This is when my replacement Computer, my old Fujitsu short-circuited so I didn't take any pictures of our family camping holiday in the Morvan forest. On the 26th of August I left Francoise and Nina at the Camping ground and headed to Schwarzach, Austria for a tournament. I still have not finished installing my chess program's or entering the games so for now here are some pictures. 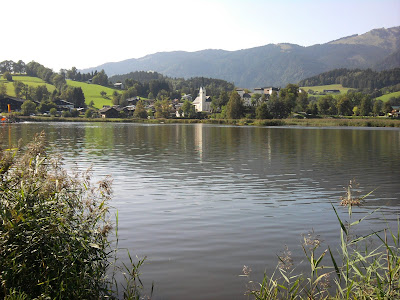 This is the Goldegger see where I went swimming frequently. It is about 10km away. 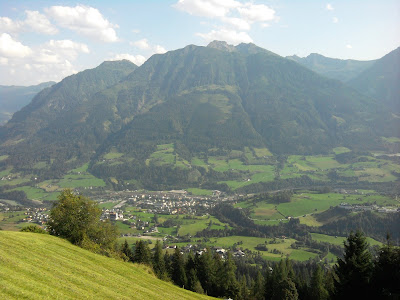 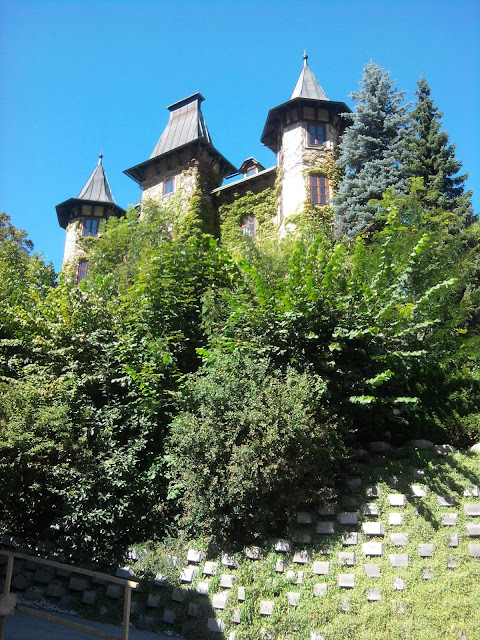 After the tournament which could have gone better I headed to Croatia. My first stop was Zagreb where I had some things to do. It was interesting to see friends from my Uni days nearly 30 years ago. A few days of catching up and making appointments later I took a few days off to see Zadar. 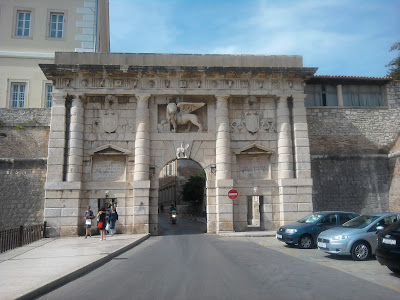 The City gate. Zadar is a very ancient city with a long history, great beaches, restaurants and tourist attractions. 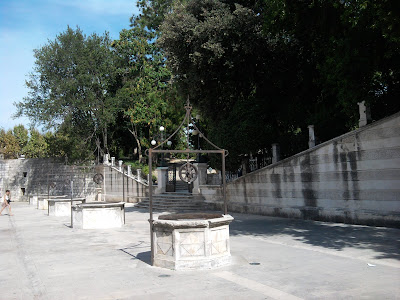 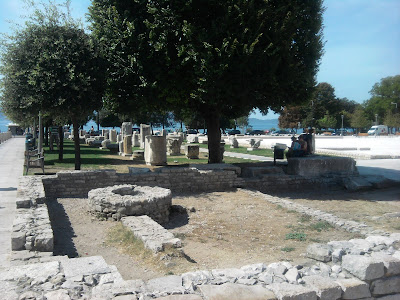 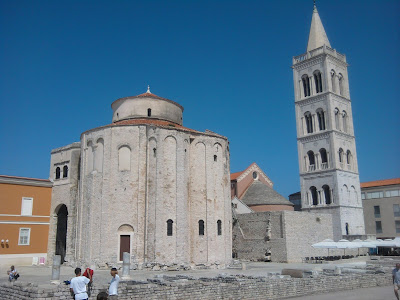 The 9th  century church of Saint-Donatus. 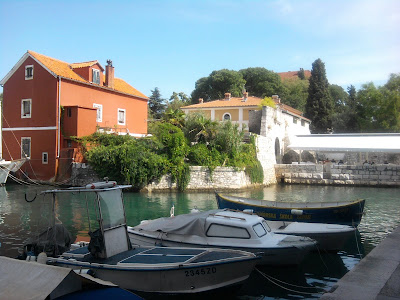 And a charming little harbour with a nice fish restaurant.

Watch out for one thing though. Along the harbour there are lots of stalls offering "Kornati" excursions. You will be told how you will be taken to a spectacular natural park of which you are shown photo's. Lunch, drinks and everything else is all inclusive. The reality is... 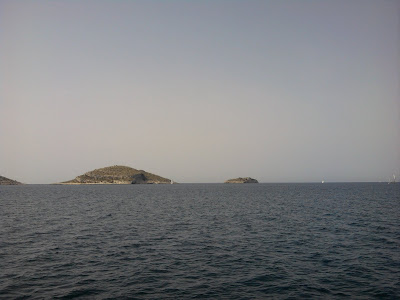 After a three-hour boat-ride where everything except water, lemonade and cask wine is incredibly expensive you get dropped on a rock (Island) like this, get a couple of little grilled Mackerels with a Salad and then get to enjoy the trip back. All this for only about 50 euro and a wasted day. On the bright side I did meet some nice people who were equally bored and disappointed.