Ruth Coxhill Memorial Round 3. Proof there is no God.

If there were a God or any form of universe governing intelligence or in fact any logic or justice then surely I would have lost today. Slowly and painfully. I feel reluctant to even post this game, that's how unfair and undeserved my victory was.

Instead I will bury it at the end of the post with the idea of exceeding your attention span. When I last presented you with a game I was fasting. That lasted until Saturday. It was a busy day considering I was fasting but when not eating or smoking I need to distract myself a little so I visited the Mullum markets 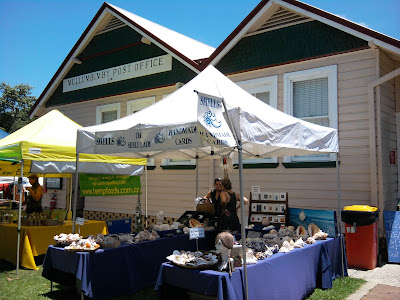 Mullumbimby hosts the markets once a month and it one of the nicer markets, not nearly as big as the Byron markets but shady and relaxed like everything in Mullum. 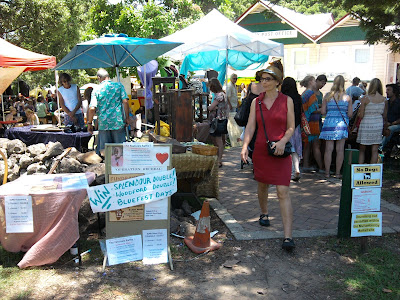 I was surprised that on such a fine day so few people were out. The reason as I found out when I phoned a local chessplayer/friend was that the Bangalow show was on. I just had to see it! 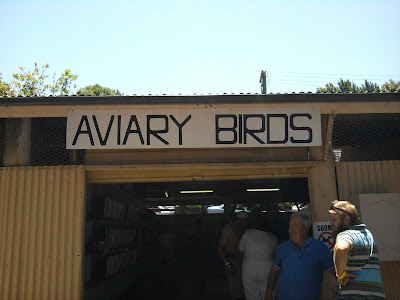 The first exhibit I saw brought a smile to my face. The translation is necessary in Australia. 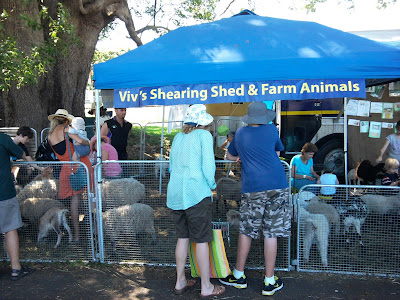 The farm animals were very popular with the little kids 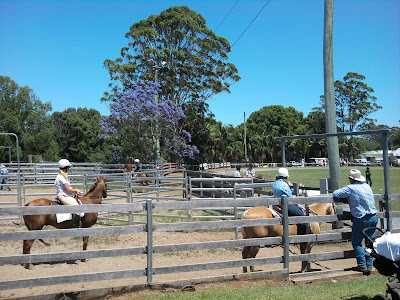 while the horses were very popular with the bigger kids.

The Cattle were the highlight.

After the show I went body surfing for about an hour and then drove up to Brisbane for a birthday party and what a party it was. Connie Pizzato was celebrating her 22nd 39th birthday and let me tell you, Italians know how to throw a party. A guest not eating is seen as a challenge. A few glasses of champagne and my resolve weakened. When the home made Spelt pizza arrived I gave in to temptation. Then came skewered garlic prawns....you get the picture.

As soon as I started eating again the Nicotine withdrawals arrived with a vengeance.  I seem to be restless, short tempered and scatterbrained. Well that is my excuse for today and I am sticking to it :-)

After the previous success with a 19th century opening I thought I might try something even older. The Ponziani opening has been known since 1497 according to the link. It is hardly ever played anymore but it is not clear to me why.

Alex Ruddy did not appear to be flummoxed by my choice. He played a good line but then lost a little ground and by the early middlegame was a bit worse.  By move 25 I was no longer taking the game seriously and played the impulsive 25: c5?? allowing Qg5, blacks only trick. Instead 25: Qh7 check followed by c5 ends the game quickly. After my brain-melt I am just a pawn down in a difficult (to say the least) ending. And now a tragedy happened. Alex left a piece unprotected ending the game immediately.

I fully deserved to lose this game for my flippant and arrogant attitude to this game. See? No Justice, therefore no God. The Bull put it best when he said.... 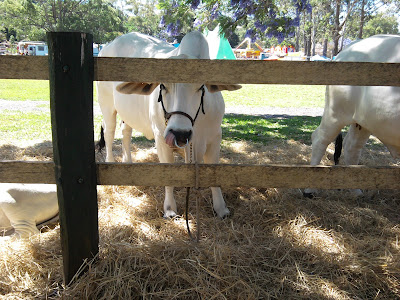