Arty, Vishal, and I took a bus down to the harbour today to see some sights. Auckland is the ultimate water city, with the Tasman Sea to the west and the Pacific Ocean to the east. Ferry's go to different places, including Davenport, regularly. In the background is the historic ferry terminal and in the foreground, the biggest seagull I have ever seen. 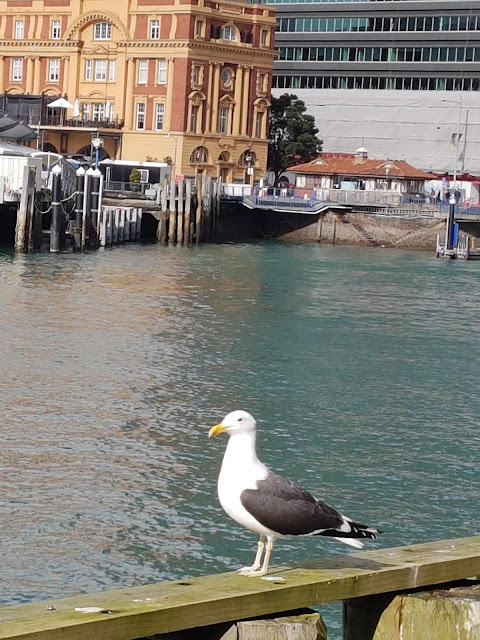 The ferry terminal from another angle 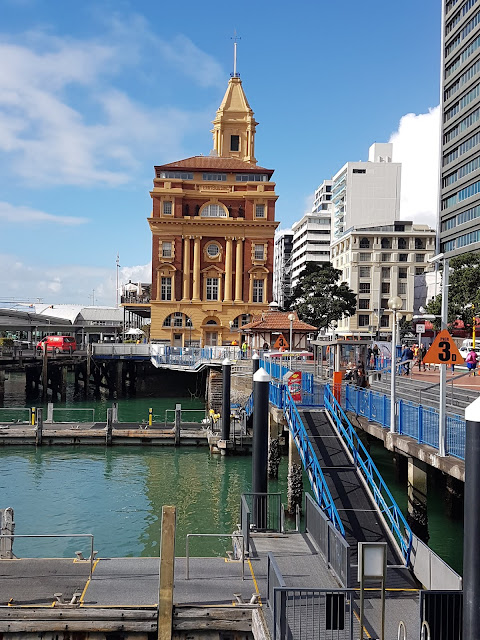 Turn around and you have the maritime museum. If time permits, I'll pay it a visit and let you know if its worth the effort. I suspect it is. 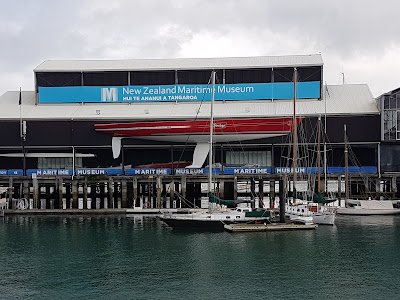 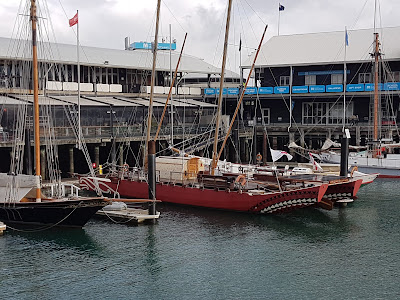 This looks suspiciously like a boat that was featured in a documentary about some students who sailed around the world on a traditional Maori boat with solar panels being the only mod-con. 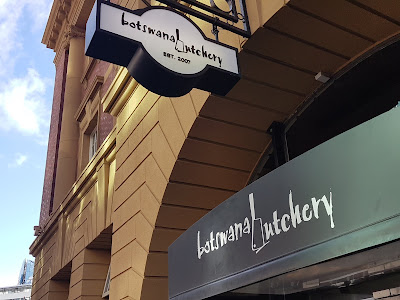 Botswana Butchery? Ok, I have no idea but am curious.

Today I faced the top seed, IM Gary Lane, author of many fine chess books. We have played only once before, many years ago in an Australian championship. In that game, I played sophisticated hypermodern chess and got brutally crushed. I had expected Gary to play his usual stuff against the English, but he managed to surprise me on move 2. I was now thankful that I had not spent the whole morning preparing.

One funny moment was when he played 6...Bb4+. I have been troubled by Queen's bishops all tournament, so was glad to get them off the board. Gary then made the mistake of calculating 14...Nf5 for nearly an hour. His position was ok after he didn't play it (the correct decision) but he didn't then have the time to play with the accuracy demanded by quite a complicated decision. Without going into too much detail, he should have swapped rooks on the e file before playing Be6. A scrappy win, but I'll take it.

Tomorrow I'm playing the only other player on 50%, Alexei Kulashko with black. Prep or sightseeing? Let's see what the weather is like in the morning :-)