Actually we were planning to leave this morning but since it was a beautiful day and we had not had one like this since we got here I thought it better to stay another day. Nina wanted to go to the beach again so we took a long walk along my favourite beach on this coastline, Le Pin Sec ( Dry Pine) 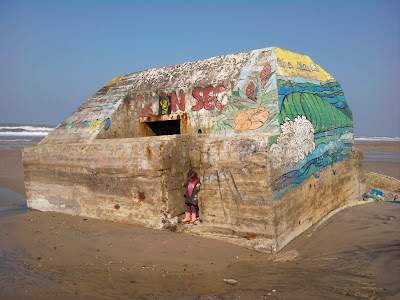 The dunes change the position of the bunkers every year. Last year they threatened to disappear in the sand but some storms seem to have uncovered them more than I have seen the last ten years. 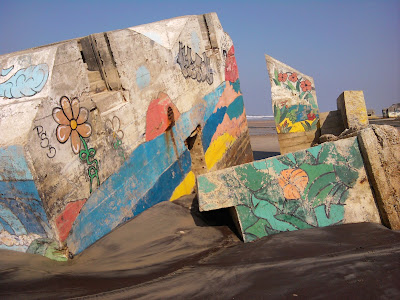 Local artists have been using the ruins of German WW2 bunkers for many years and they do draw a lot of tourists in summertime. 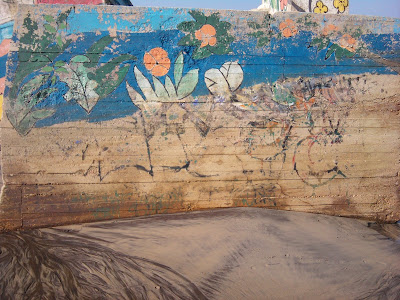 Nina found a "bath" but decided to throw rocks into it instead luckily. 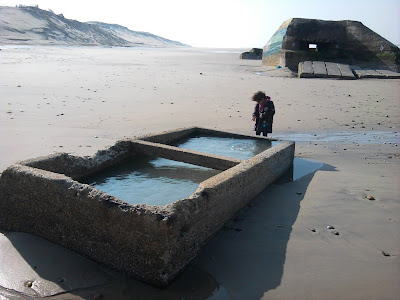 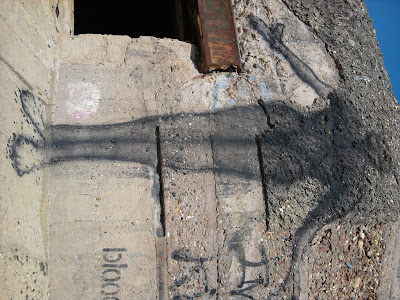 Since the Allies did not land here this is the only "Action" these bunkers ever got. 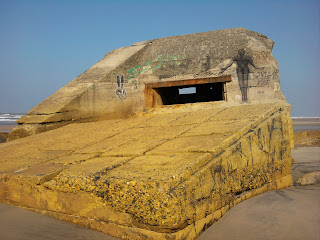 This one I had never seen before. 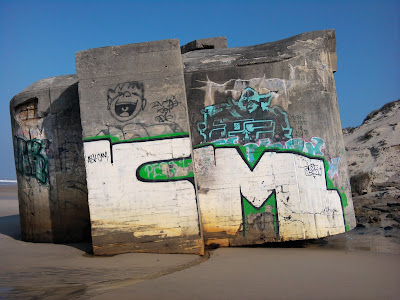 But not all was well with Le Pin Sec. 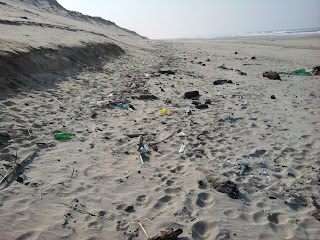 The beach had a stripe of plastic waste washed in from the Ocean from one end to the other. Bottles, packaging, plastic bags and everything else our society dumps into the Oceans. There is an island of garbage twice the size of Texas swirling around the Pacific. Often the packaging is bulkier and/or heavier than the junk food it holds. This is really worth a rant but I will have to curtail my ranting until a little girl goes back to school and Dad has some time. Also then I will get around to unanswered messages. (sorry all)
Meanwhile on our way back from the beach my timing belt went and so it looks like we will have to stay until Monday if we are lucky.
Posted by doubleroo at 11:28