City of lakes and round 4

Today, after the round, we got treated to a tour of the biggest lake in Bhopal, after a quick photo op at the Bhopal chess academy. As usual, the procedure was a bit chaotic but after waiting around half an hour and discussing the schedule, we got underway. I'll start with the last picture first for its visual effect. This was taken from the boat on a special evening cruise around the lake just for us chessplayers, but I'm getting ahead of myself... 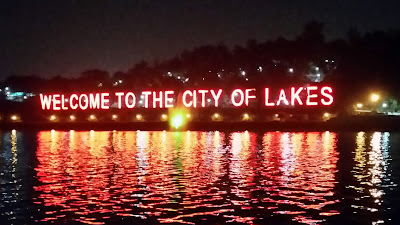 An interesting point came when the free-spirited top seed Timur Garayev embarked on a mission to find us some refreshments in the form of the local brew, Kingfisher. After some unsuccessful enquiries, he asked a local, sitting on his bike, where he might be able to buy some. The kind gentleman offered him a ride to a local bottle shop! This seemed a folly as the bus was already half an hour late but he made it back in plenty of time.

Timur then performed another service, as I had spat the dummy by then and returned to my room, but he thankfully hunted me down and insisted that I join them. 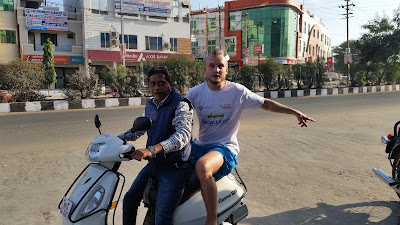 Our first stop was at the chess academy where a whole group of people were waiting to bless us with the Hindu ritual of putting red dots and rice on our foreheads and garnishing us with  bouquet of flowers. A few pictures and sefies later we were back on our way to the lake. 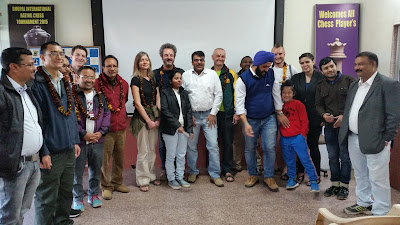 The lake is quite magnificent. Its a pity that, due to the delay, the light was no longer Ideal for photo's. 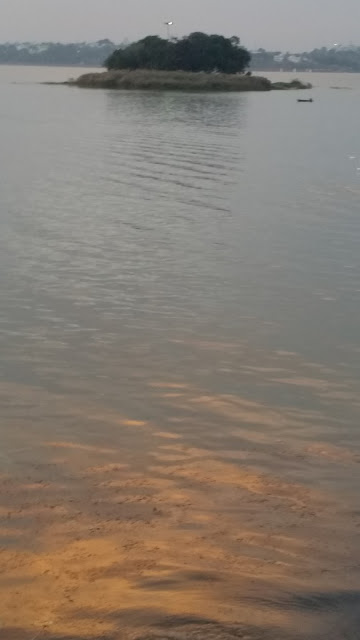 I also discovered a culinary delight! They are a superior form of natcho's, made from Chick peas and carawy seeds instead of corn, with onions and fresh tomato. Yummy. 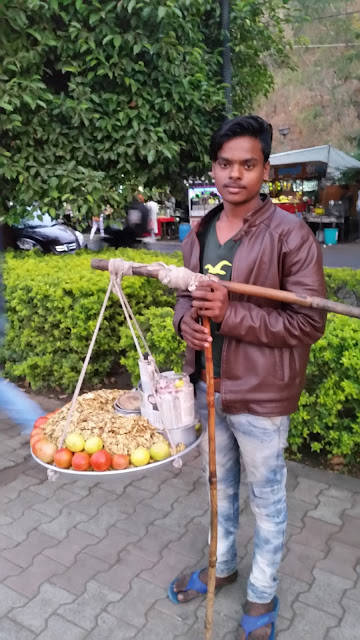 We got on the boat just after the sun had set so we didn't see a whole lot part from the dance party on the ship set to Indian hits. More tours are promised! 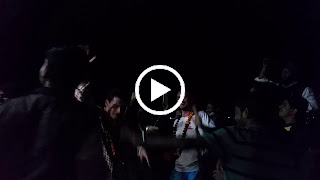 Now to the chess.

This is my most entertaining game so far. I prepared only 10 minutes before the round. I saw my opponent played the four knights and looked at a few games of Morphy and Zukertort so not too current but inspirational. I played the opening pretty well in my humble opinion but went wrong with 18...gh3 (Qf6 is advantage black) and all of a sudden I was in trouble, but my opponent repaid the compliment with 26.Qe5 and it was smooth sailing after that.

On a final note, I am playing classical stuff these days as an example to my students. It is hypocritical to tell you all to play classical chess if I don't practise what I preach :-)


So for tomorrow morning I have earned myself a game against the top seed, GM Timur Gareyev on board 1. It's nice to reach the top board even if it only turns out to be a short visit :-)

As usual, you can watch the game, and the above posted game on the FollowChess app.