Match against Armenia, Round5 & Free day.

One of the benefits of playing in India is the opportunity to see some of the countries rich cultural heritage. The Ashram is surely one such site. Mahatma Gandhi is widely considered the father of the nation and is indeed one of the twentieth centuries most inspirational figures.

Two busloads of chessplayers took advantage of the opportunity to go on the tour. 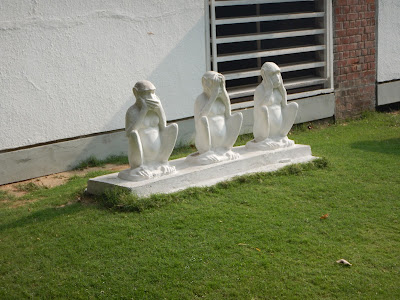 Speak no evil, see no evil, hear no evil. 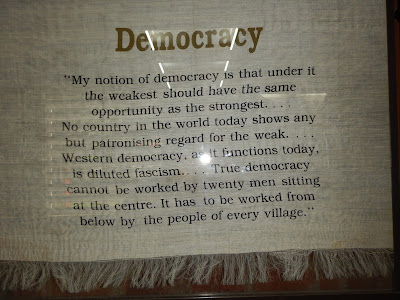 Western Democracy = Diluted Fascism?
One of Gandhi's famous quotes. It could be seen to be truer now than in his time. 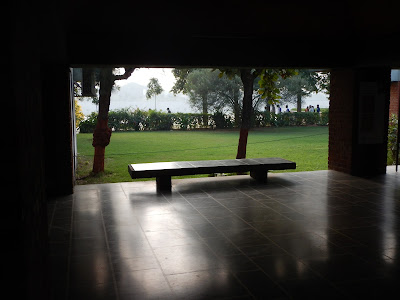 Inside, where the story is told, a serene atmosphere prevails 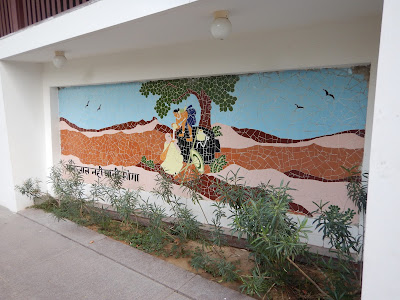 Beautiful decorations adorn much of the museum. 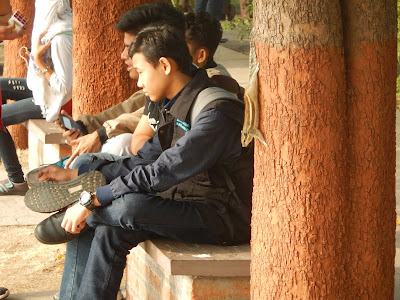 A curious squirrel checks out the visitors. 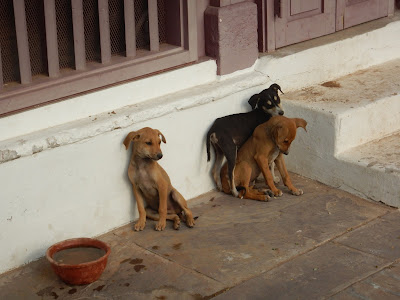 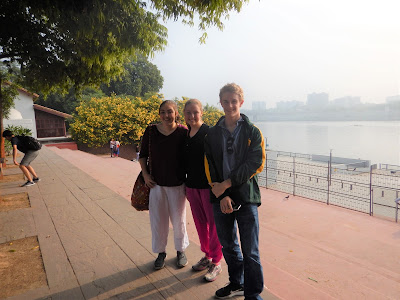 Sophie, Brigitte and Hughston taking a break from chess

After the Ashram, we went to this lake which is quite impressive but to be honest, after the Ashram we were all a little tired. Click on the heading for some history of the site. 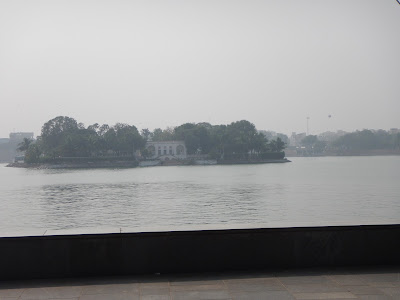 There is an amusement park, a butterfly enclosure and lots of popcorn stands all around the park but we did not have the time to explore properly. The mini-train ride past these places was just a tease and soon we were all thinking of lunch :-) 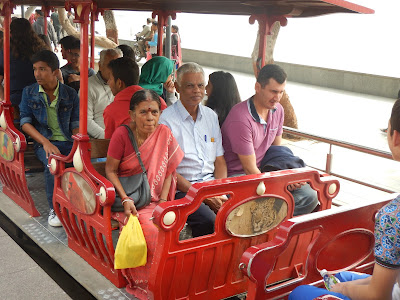 The chief Arbiter takes the Russian coach around the lake.

When the team first told me we were paired with this powerhouse team I thought they were kidding, as we were on 50% in the middle of the field and they were one of the favourites. A look at the lineup tells the story. We all knew that taking any points off them would be an achievement. 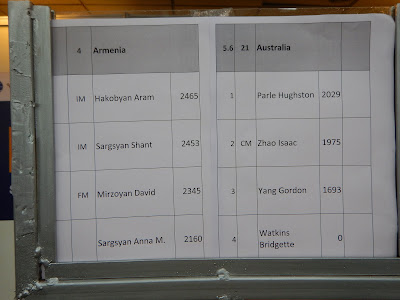 Sophie Watkins took the perfect photo of the start of the match. 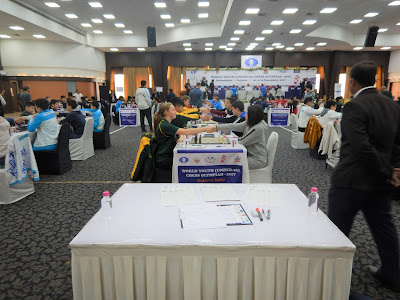 Brigitte couldn't show the remarkable form of previous rounds and was lost in the opening. All the Armenians diverted from their normal opening and Brigitte was unprepared.

Isaac on board two also misplayed the early middlegame but got a chance to sacrifice a knight for compensation but played it safe instead and got positionally squashed.

We faired better on the white boards. Although Hughston got on the back foot, he found a sacrifice of piece for two pawns, which was enough but with little time he miscalculated a variation. He has been a little unlucky in this tournament. His play and imagination deserve more points, but that's chess.

The hero of the day was Gordon, who outplayed his much higher rated opponent in the opening and middlegame, forcing black to sacrifice an exchange to avoid being rolled on the kingside. Gordon did nurse a considerable advantage for a long time but with little time couldn't find a winning plan so agreed to a draw. A good score for us and a lucky escape for the Armenians.

Tomorrow is the second double round day and the team meets Bangladesh in the morning. there are no easy matches at this level.