I was quite sad to have to leave Baracoa but we had more than 1000km to go to get back to Havana and a lot to see. If truth be told I prefer to hang around in a pleasant place, play blitz, go to the beach and get to know a place than to play tourist and photograph landmarks but now I know where to go. The drive from the north east to the south east was very pleasant. Our next target was Guantanamo city. On the way we passed lots of little towns like this one. 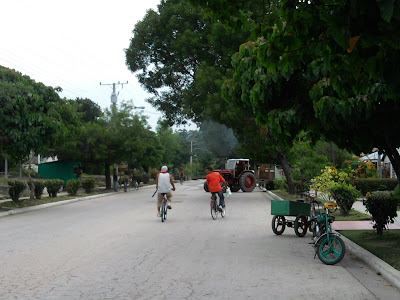 No cars and no tourists but an excellent road made of concrete. Apparently made for tanks. What amazed me was how clean the streets were compared to the western part of the country. Our first stop was in San Antonio de Sur. We saw some signs for a Jose Marti monument but all of a sudden they stopped at a beach and we couldn't find it. Oh well. We saw Guantanamo Bay in the distance from the road but taking pictures in this area is not advisable. Next stop Guantanamo city. 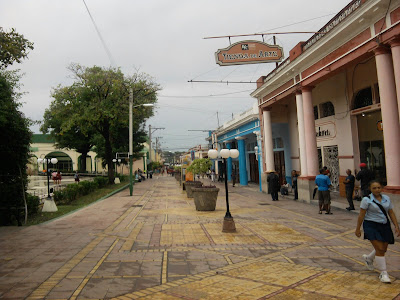 There was no hotel anywhere near the centre of town and the Casa's we asked at had no secure parking so we had to stay several km's away at the hotel Guantanamo. After many hours driving we just walked back to town, had some dinner in a restaurant with a wonderful menu but only chicken was available. This was a recurring theme in Cuba btw. Do not bother reading menu's, just ask what they have today. A few beers in a bar later we headed back to the hotel for an early night. 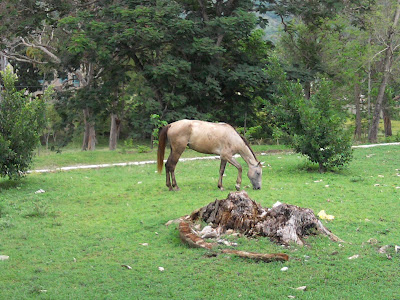 Before going to our Casa we went to see the Virgen de la Caridad del Cobre. Opposite the Church was a nice horse happily grazing away and not trying to sell trinkets. To reach the Virgin we had to run a gauntlet of vendors but finally we made it. 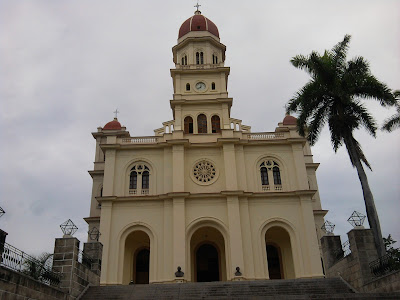 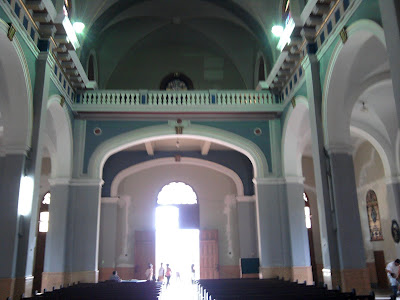 and inside I saw the light! 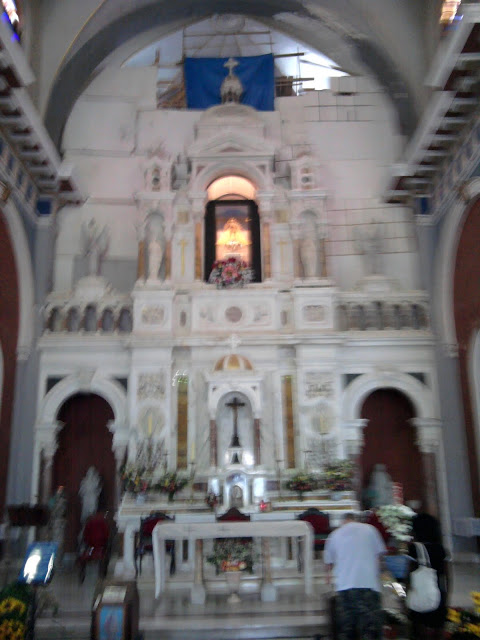 and then I saw the Virgin. 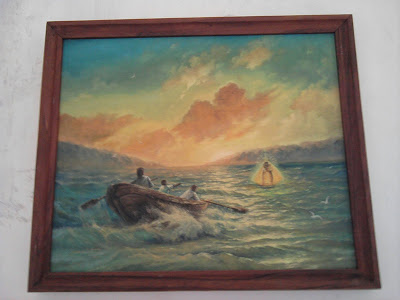 a painting depicting the appearance of said Virgin. I apologize to my religious friends for my irreverence but seriously, the stories some of you believe....... 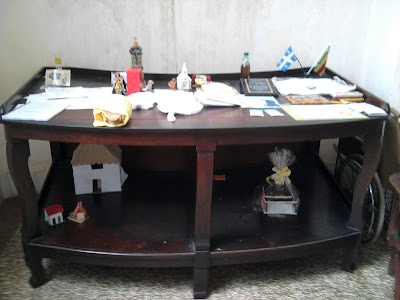 Some of the offerings, including a bottle of soft drink. 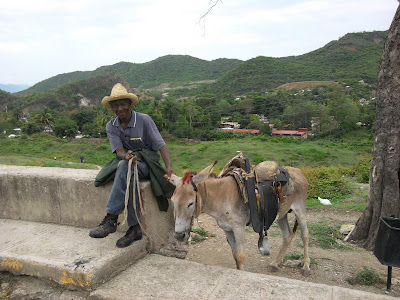 "Take my picture" said this friendly old fellow.
I have a confession to make. I went into the Church with a very cynical attitude partly because of the gauntlet of vendors and the general commercial nature of the area. Having just come from the tourist-free east and being confronted with religion and commercialism in a Socialist-Secular state was too much and so I wrote
("Religion is the Opium of the masses" Karl Marx) in the visitors book. That was uncalled for and I confess and apologize. I am hopeful the Virgin of Charity will forgive me.
Tomorrow Santiago.
Posted by doubleroo at 16:47