After some lazy days in Santa Clara we picked up the car several hours later than planned. Getting an early start in Cuba is not easy. Everything takes longer than expected and our late music+beer evenings didn't help. Instead of getting away at 9am we cruised out of town at 1pm. Despite this we soon saw a good omen for our adventure. 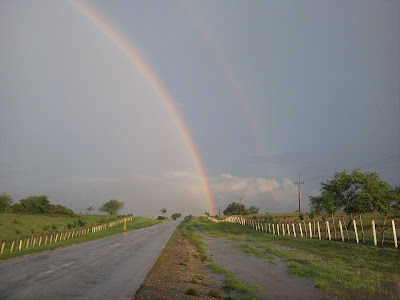 Not just a rainbow but a double rainbow if you look closely. Already in the first hour I was convinced that a car is the best way to see Cuba. The countryside is magical. 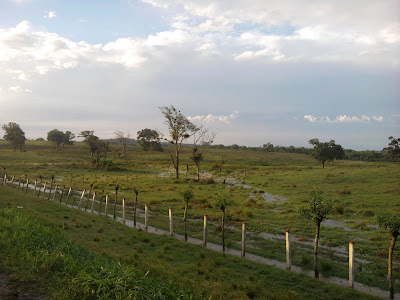 and then the Sun came out and shone on our Gilly, the most popular hire car in Cuba. 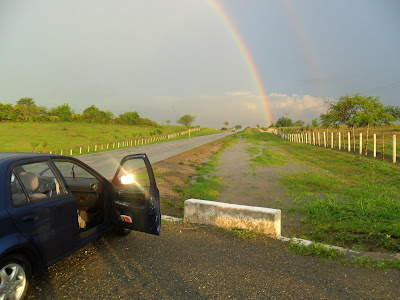 I know, two picture of the same rainbow but we really felt inspired by it. Although the road was good and there was no traffic to speak of we made slow progress and did not take many photo's along the way. We passed many little towns like Florida (!) 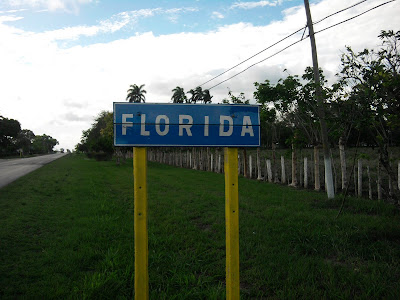 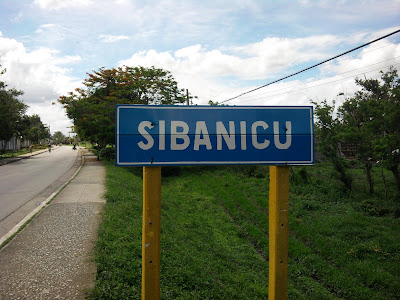 but we took them on the way back so putting them in here is cheating a bit.but it is the same stretch of road. 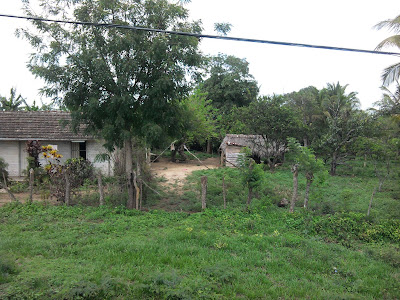 Although we got a good idea of normal life along the way the more picturesque areas were still ahead of us. 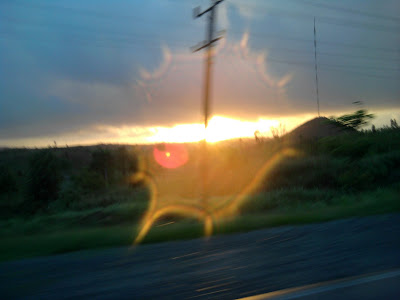 One thing I wanted to avoid was driving at night but exactly this was necessary to reach Holguin. In retrospect it would have been better to spend the night in Las Tunas and continue the next morning. Warning lights on bike's, break-lights and street lights are almost non-existent. Also people just wander along the roads as if they had no care in the world or worse, if they notice you jump in front of you to display whatever it is they want to sell you. Tractors, horse-drawn carts and assorted animals became more frequent the more east we got. Driving in Cuba at night is dangerous, not so much for you but for everything else on the road.
Anyway, at about 9pm we made it to the Hotel Pernik  in Holguin. Why a Hotel and not a Casa Particular? Now the downside of having a hire-car. It comes with full insurance coverage EXCEPT for tires and car-radio (remember this for future post). Therefore you need secure parking at night.
Yes, a boring post but it was a boring day picture-wise at least. Tomorrow I will present to you the beaches near Holguin with many great pics. Stay tuned amigoes :-)
Posted by doubleroo at 16:43