Yesterday was not my day. First it was raining nearly all day, I got bitten by a horde of mosquitoes while mushrooming and then came a game I prefer to forget. As black in a Kings Indian my opponent did everything wrong, gave me a dream position and got very short on time. Blacks one move wins were too numerous to mention but instead I sacrificed a rook and continued incorrectly, declined a draw a rook down and lost. I then had to watch my opponent punch the air and yell "yes" in celebration of his remarkable victory. Some days just suck :-(

I played another 1900 this morning. Since my score this year against 1900's in morning rounds has not been spectacular I was a bit apprehensive but the game was quite smooth.

It was a double round day and since there were a few hours to relax I went down to the lake next to the pizzeria and took a swim. Nina and her new BFFL built a ...whatever it was and insisted I take a photo/ 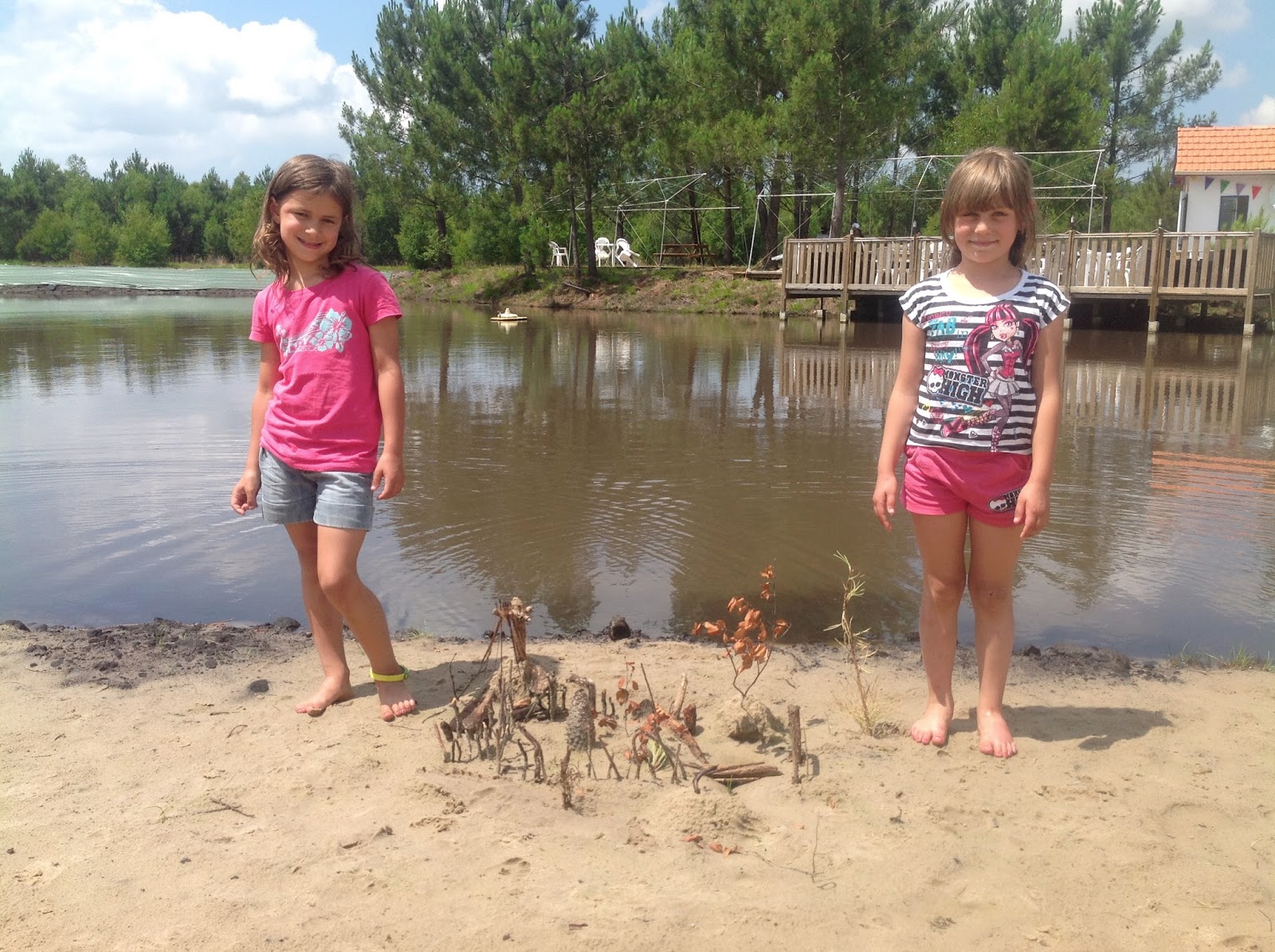 The afternoon game was very entertaining. I was intent on playing safe and solid today but that lasted only up to move 7 when I could not stop myself from playing ..... g5. It was alright up to a point but I again failed to keep control of the situation. Of course 29...0-0 is safe and winning but so is what I played apparently according to my engine. During the game I was panicking though. Just proves how little I know about chess :-)
Still, a win is a win and tomorrow we are playing in a Chateau.