In ten hours we flew from one of the worlds most boring and bland cities, Frankfurt, to one of the most colourful and exciting, Havanna.Our first full day started with an acceptable buffet breakfast in our Hotel,the Occidental Miramar. We took the free tourist bus to the Malecon and then walked through the back streets towards the Capitolio. Of course inspiration can be found everywhere 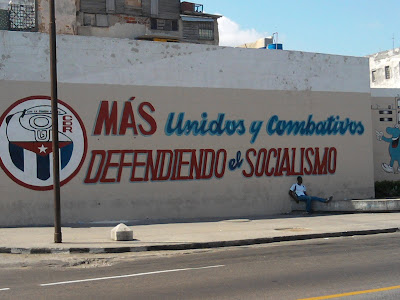 We also passed a little park on the way that Nina would have enjoyed. I have never seen a Goat train before. 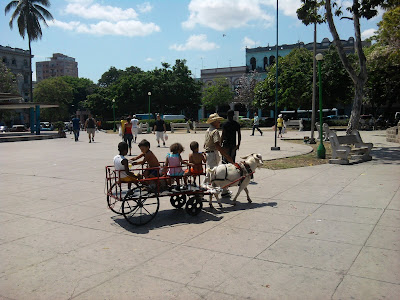 On the way we passed Chinatown. I remember being very surprised my first time in Havanna a decade ago when I saw Chinatown. I must admit that I did not expect to see a Chinese area in Cuba, especially the size of it. Is there a major city without a Chinatown? If you look closely at this photo you will see a girl holding up a menu. 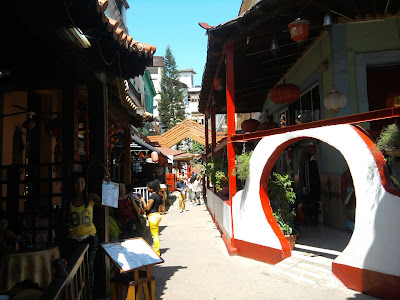 As soon as she saw me taking a photo she jumped up to try to tempt us into the establishment. For us it was too hot for lunch and we had all had a big breakfast. Immediately next to Chinatown is the Capitolio which is a replica of the Whitehouse. Here is our Group, Klaus, Andrea, Claudia and Thomas from left to right, in front of this landmark. 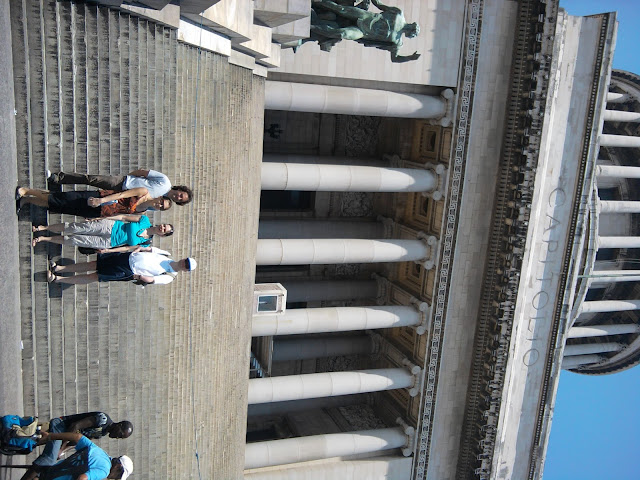 And here they are again debating what we should do next. 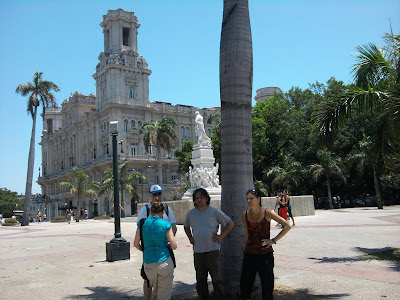 We also wandered through a market and gawked at the oldtimers that are remarkably well kept considering their age. 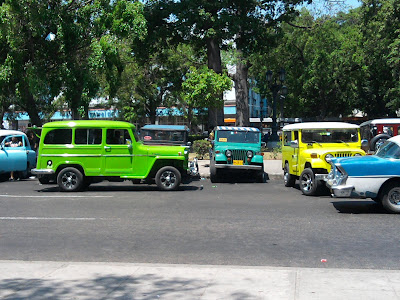 One has to admire Cuban mechanics. How they keep these cars on the road without spare parts is truly remarkable. 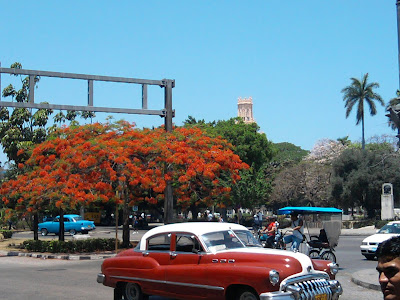 We got seperated because I wanted to change some money and the rest of the afternoon was a little stressful but also interesting. Being alone one meets a lot more people than in a group which is a double edged sword. I could not find the bus and after some unsuccesful and annnoying attempts to get a reasonably priced cab back to the Hotel I spat the dummy and decided to walk figuring it would not be much more than an hour but turned out to be about 11! Mind you I did make a few stops on the way. From the Centre I walked back to the Malecon and headed west. 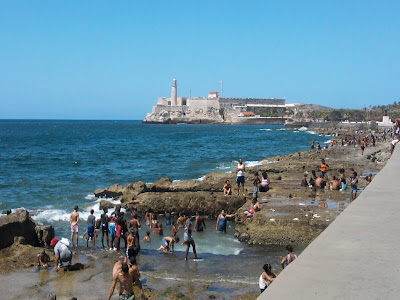 After an hour I met Alejandro and William, two Bakers who insisted on inviting me for a beer and would not let me pay a round until they had no money left. 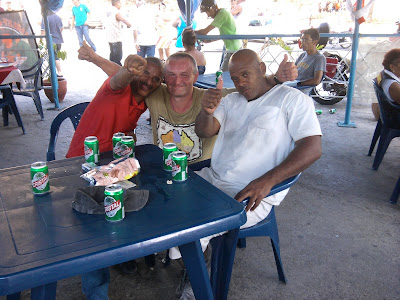 I then had to tell William that I am older and therefore he should show some "respect" and let me buy a few rounds. Several hours and many "Crystal" later I stumbled back in the direction of the Hotel. My next encounter was with a couple of guys, Carlos and Octavio, who first played me some songs


and then invited me for dinner. I didn't have much memory left on my phone so that's why the song was cut short. Their friend Vilma made me some dinner and her son Marcos played some games of Chess with me while the aforementioned lads kept playing guitar and singing. By now it was 11.pm so I bade them goodnight and stumled on. (more beers). Little did I know how far I still had to go especially without a map. I did eventually make it back at 2am after a little "detour" with a totally drenched t-shirt and blisters on my soles. I did not wake up in time for the May-day parade which was the reason for arriving in Cuba 2 weeks before the tournament. Oh, well, the best laid plans.... At least I now have an excuse to visit Havanna again :-) Always look at the bright side :-)
Posted by doubleroo at 15:03