Today was a nice sunny day for a change. Nelson, I am told is the sunniest town in New Zealand but I guess they are getting all their rainfall this week. I went for a long walk to recover from my morning round but more about that later. This is the Maitai river. I always thought a Maitai was some sort of alcoholic beverage. 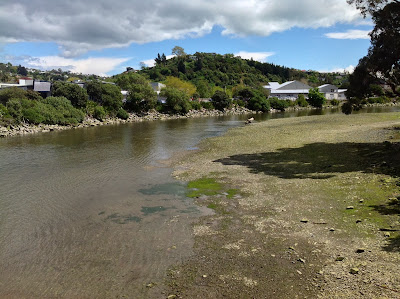 At the end of the river and the town lies a nice cove. It probably has a name too :-) 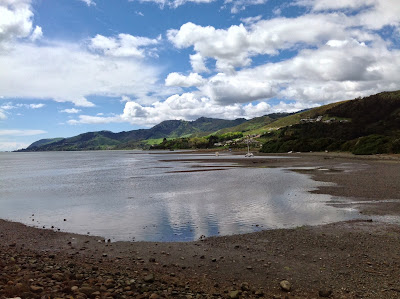 A nice statue, titled something like "dreaming about endless time" 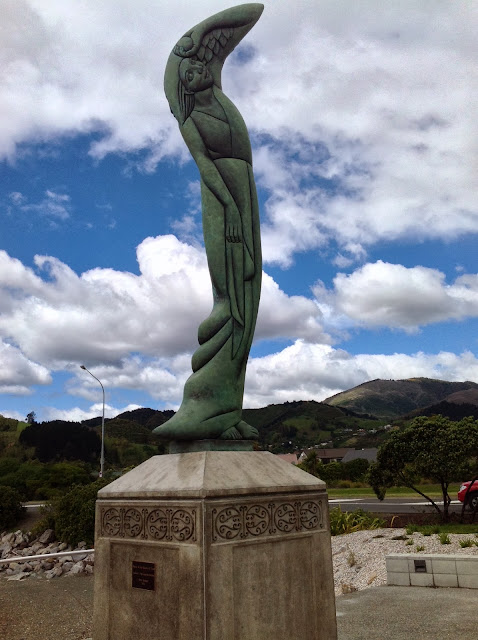 A view back to town from the mouth of the Maitai. 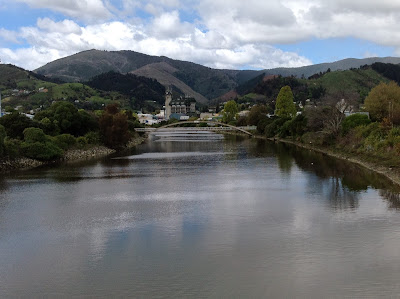 Anzac park. We are back in town. 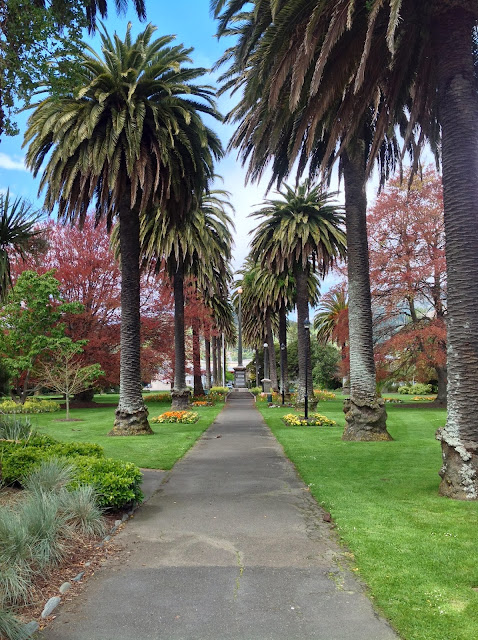 Ok, now to the horror story. My opponents 5th move, d5 is already a serious error that I have put away before. There are many ways to get a nice advantage. Probably just castles and Na6-c5 is the easiest. I knew that, had played it before but....

Trying to understand my pre-noon thought process is an exercise in futility. Instead I spent 3 moves chasing a weak pawn. If one of my students played like that I would give them a stern taking to. The game is worth playing through for the final combination. Quentin did polish me off nicely.

I was still seething at my weakness by the time the next game rolled around. Out came the Doubleroo. It was now the afternoon and I was paying attention. White did not make any huge blunders, just small ones and blacks pieces just snuck in.


Later we went to a restaurant, waited an hour and a half for food and had a few drinks. 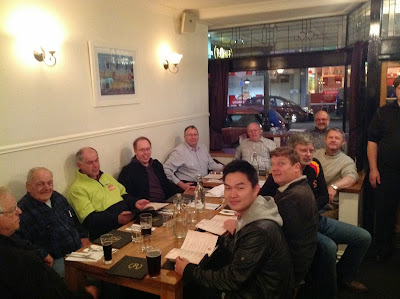 One more round and its over. Nine rounds in five days is not enjoyable for me. Fanatics only can stand that kind of pace. Anyway, only one round tomorrow and then back home.....to work :-)