This time of year is famous for the "Songkran festival". It can be a bit of a surprise for the unsuspecting tourist. 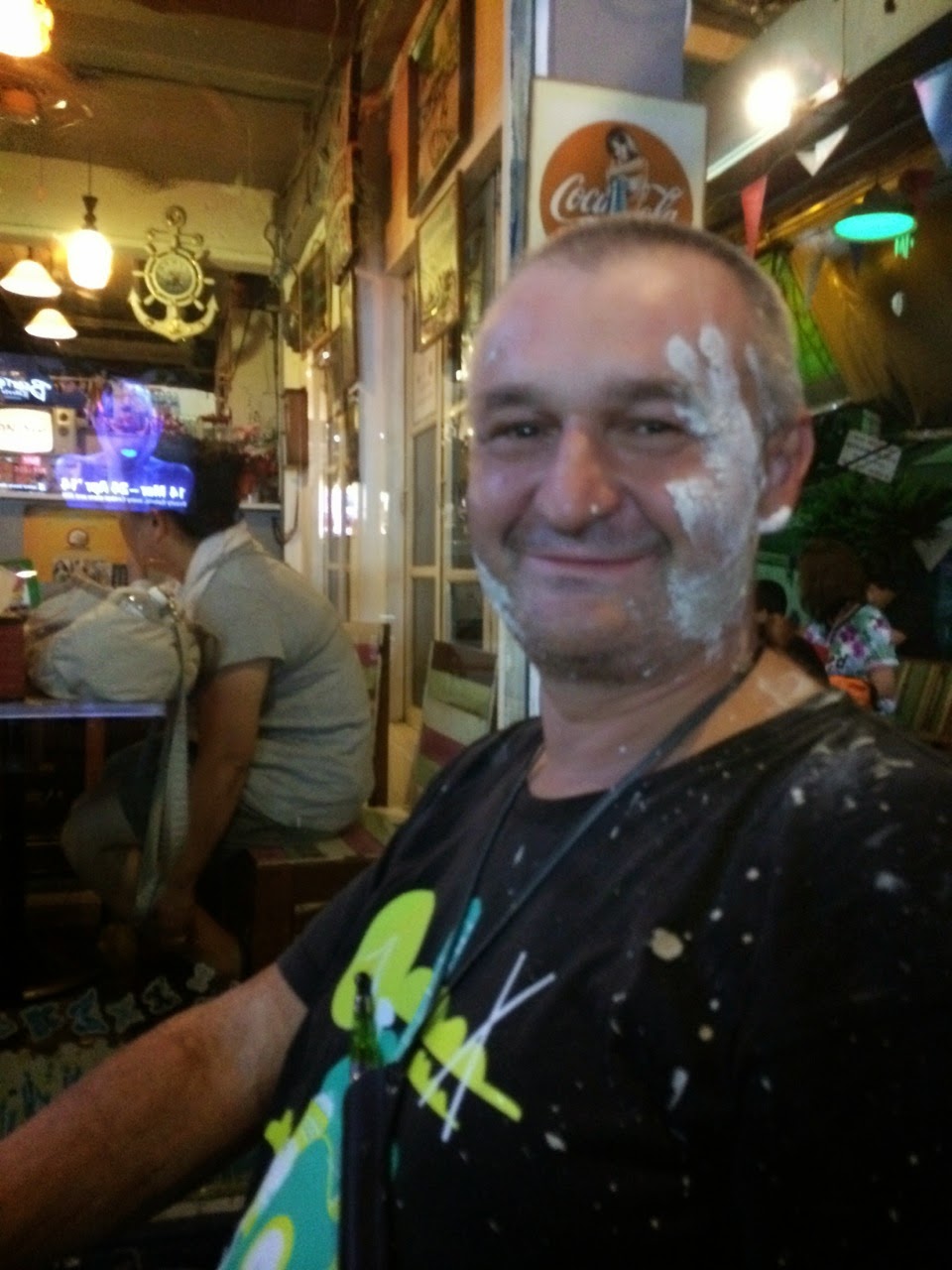 One gets smeared with some kind of plaster and then shot with waterpistols or doused with buckets of water. 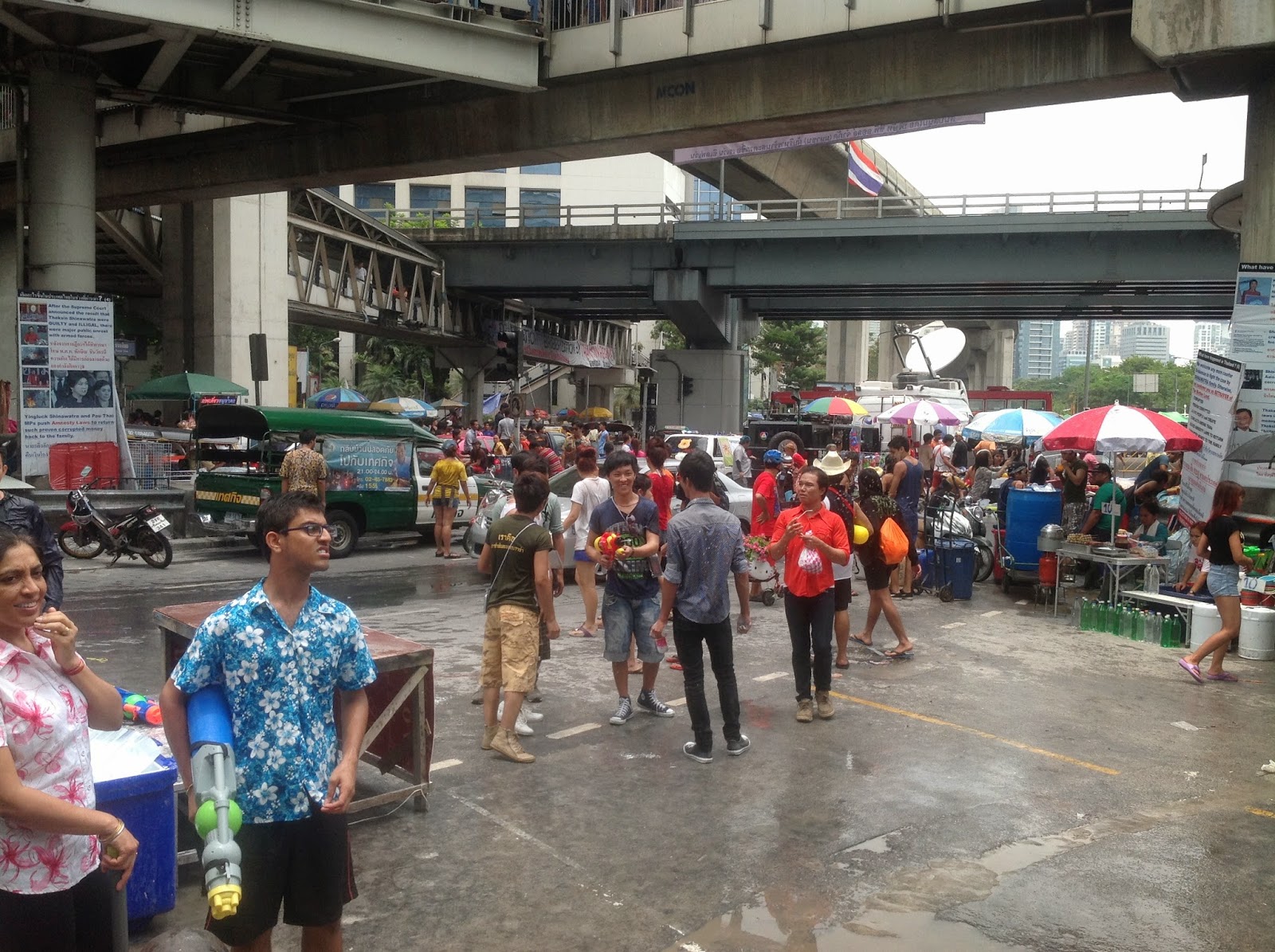 as soon as we left the hotel people were waiting for us all along the street. 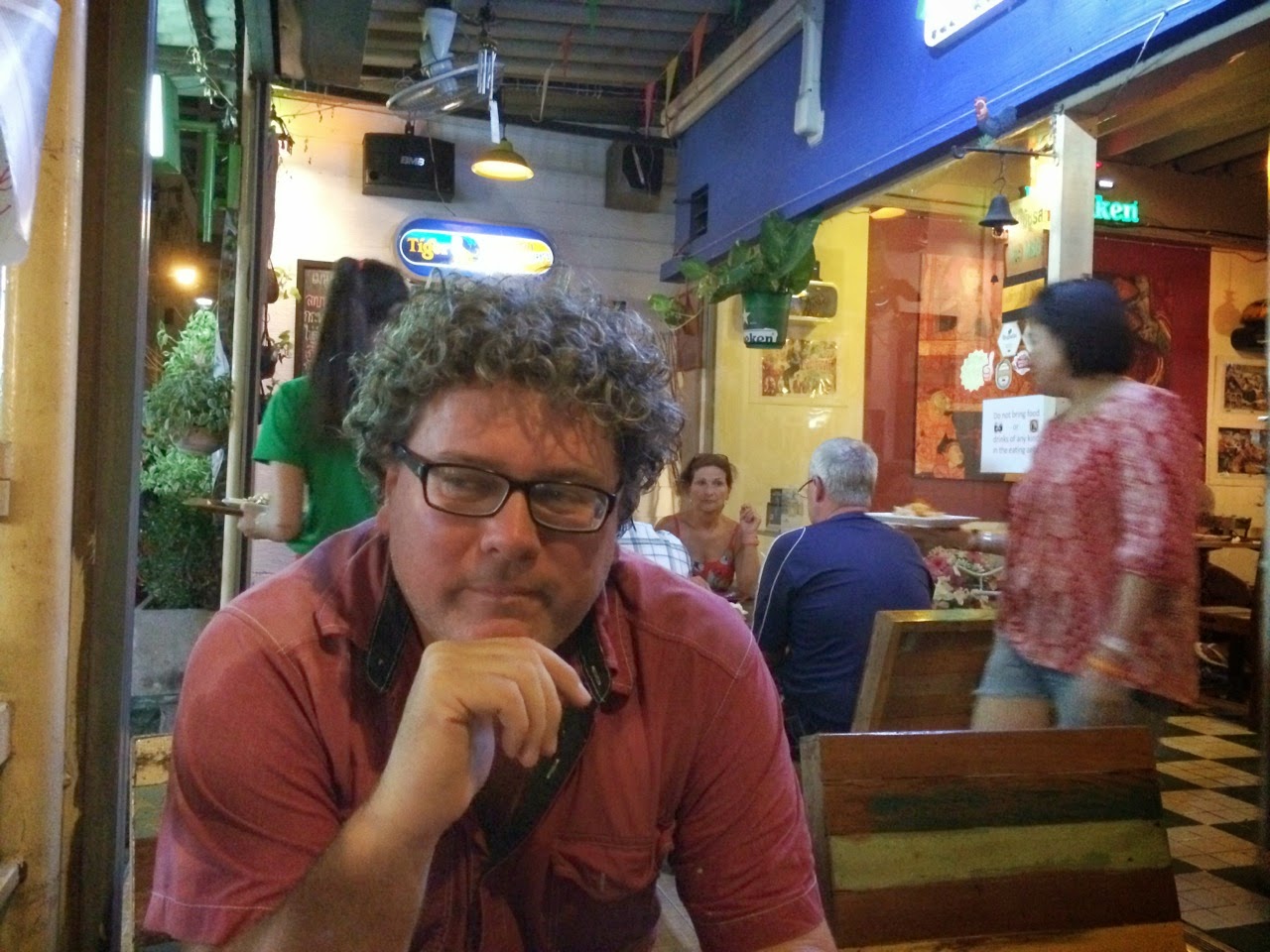 and I braved the water gauntlet to eat at the "Papaya", a nice restaurant around the corner from the hotel. The food is definitely recommendable. I had to try the Snakehead fish. 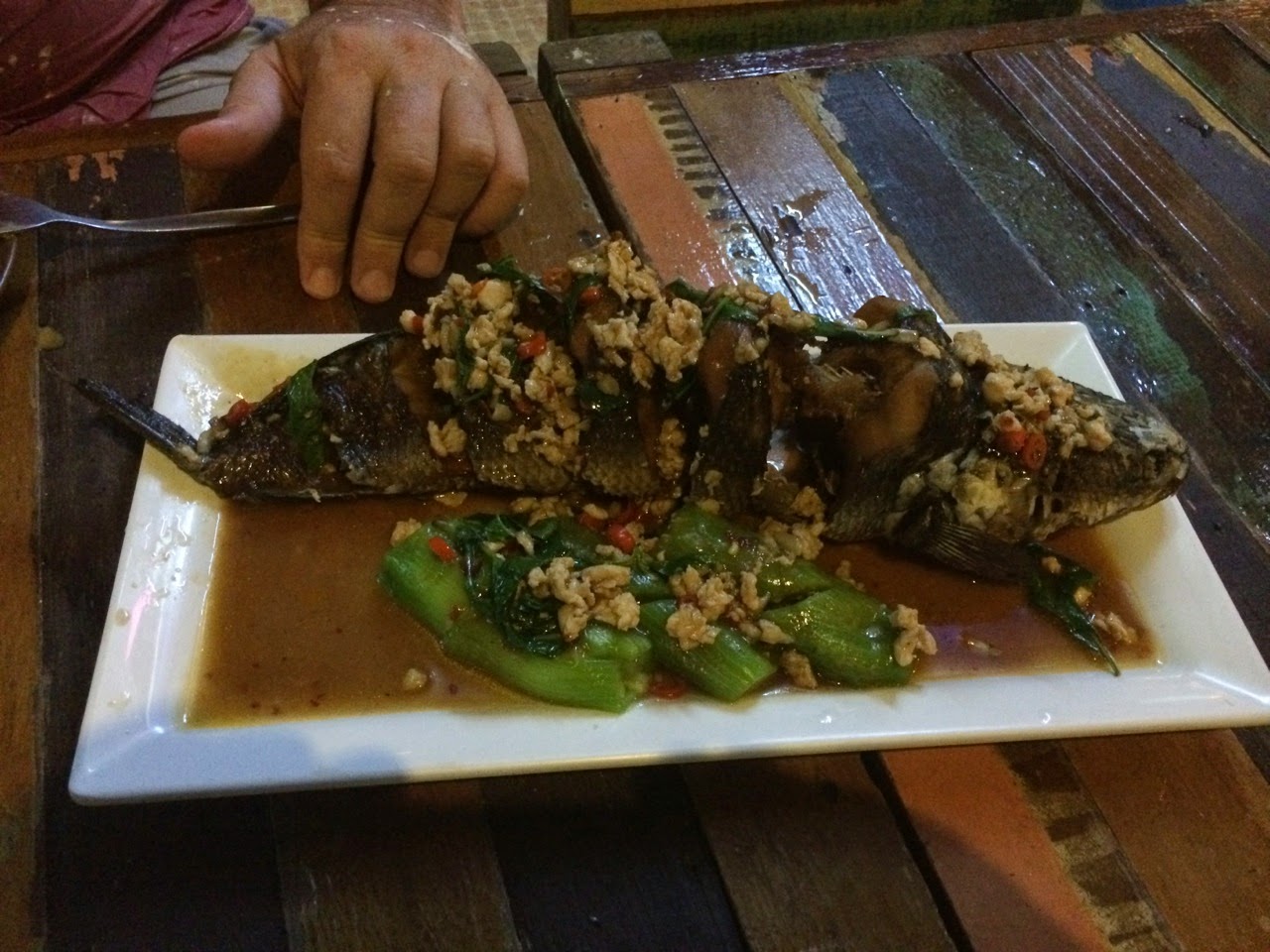 My chess is not improving that much. I played inaccurately in the opening, moving my bishop to c2 instead of the less natural but a tempo better 13.Bb1, the point being that it gets to a2 in two moves instead of three. Then after 16...Na5 I needed to play 17.Bb5 so as not to be worse. My opponent let me off the hook by playing 19....Bf6 instead of Bd5. My next blunder was 21.Ba1 instead of the very strong d5! which I calculated (term used loosely) for about half an hour and then talked myself out of. No idea why. And what kind of move is Ba1??

Anyway after a few more pointless moves, which at least didn't blunder anything, my opponent offered me a draw when I was down to 13 minutes and stood worse. i was happy to get out of there.

I apologise to the viewers for the quality of my games. I'll try to do better in the last three rounds....or failing that bring you better pictures :-) I'm off to the blitz finals, see you tomorrow.
Posted by doubleroo at 06:27