This was the refrain that rang out through the tournament hall during the closing ceremony as it had during the opening ceremony a week ago. The press was there in force, all pointing their cameras and microphones at Grandmaster and Senator Utut Adianto. In the eighties he was Asia's only 2600 player and one of the worlds elite.

Back then the Indonesian team featured many Grandmasters and on their day could go toe to toe with any team in the world. When this crop of players retired there were no players of their class to replace them but Utut is doing his utmost to rectify this through his chess school and through his political influence and media profile. It seems to be baring fruit as both the IM tournament and the Women's IM tournament were won by local players.

There was also a challengers and amongst the participants was  Irene Sukandar Putra's little sister, Diajeng Theresa Singgih. She didn't make the podium but then again I think she is only 12.

Myanmar came with a strong contingent with several players in both tournaments. I hinted that I would like an invitation to a tournament in Myanmar 😀 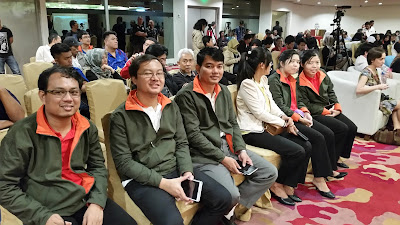 What a difference a half point makes. The top three prizes were in the thousands while I ended up with $200. Well I can't say I didn't have my chances. 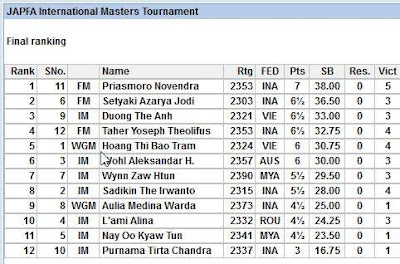 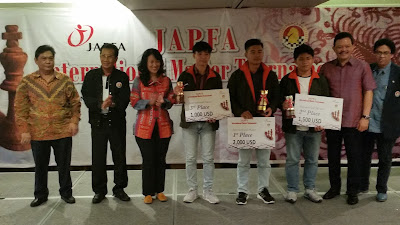 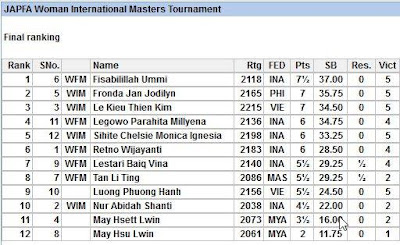 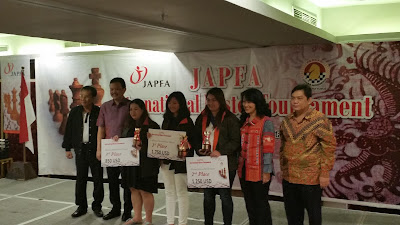 I could have still joined the big money if I managed to win my last round against my room mate but it was not to be. I tried to mess things up as I was half a point behind by sacking a pawn for the two bishops but I never had more than compensation and my 20...f5 looks more likea losing attempt than a winning try but The Anh got bluffed out of  22.Nd4 which is kinda lucky for me.

Half full or half empty? I am a bit disappointed at blowing a lead as I let some very good positions go but then again I could also easily lost some of those, in fact both the last two rounds could have finished worse. I am not fit enough for such an intense tournament, that is to say so many rounds in so few days against strong players. More swimming in Byron Bay and less food is m training plan before the January tournaments. 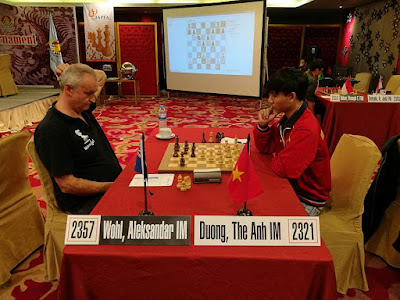 Well the tournament is over but I get to do a day's sightseeing tomorrow and not just anywhere but to one of the places on my bucket list. I had known about Krakatoa since I was a kid because like many kids I liked Volcanoes, and Dinosaurs and Comets like many kids. Now I'l get to see the mother of them all 😀
Posted by doubleroo at 08:38