The third day started sunny. Until I got on the Bike. It started drizzling immediately. My first stop was in town (Steinkjer) where I visited the Malmo sports store. I brought two pairs of Bicycle Gloves for my trip, lost one pair in Leiden and the second pair in Levanger. While there I also bought a Bike shirt. It was on special. Next stop was Egge and the outdoor Museum. Since it was still drizzling it was lucky that they had lots of indoor exhibits. I was served Coffee and a Hot Dog for breakfast by a lovely young lady called Kjersti. 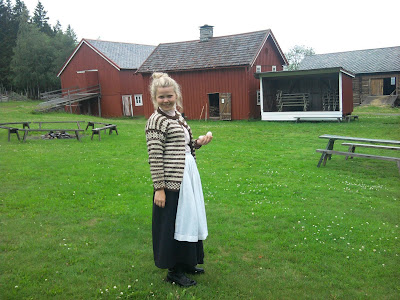 After breakfast she gave me a semi-guided tour of the Museum. it shows how people lived on the land in times gone by. 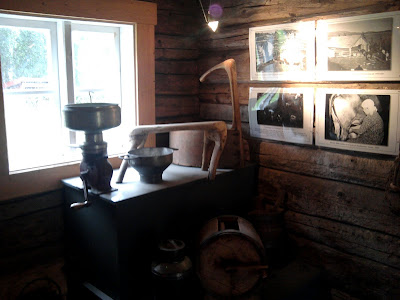 There is also a Shed with Automobiles, Tractors and an Ancient Steam engine. 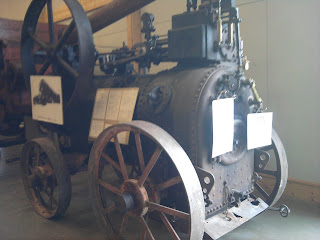 Kjersti tells me that some of the exhibits are still functional and get taken out sometimes to take groups of Schoolchildren for a Joyride. This one for example. 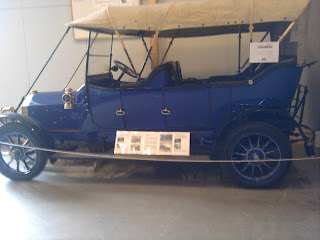 After spending a good hour at the Museum I headed to an Archeological site nearby to see some rock carvings believed to be 6000 years old. It seems Adam and Eve liked to travel. 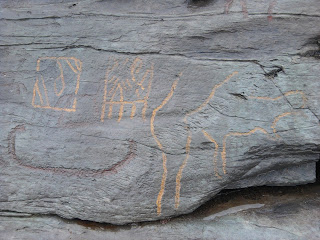 It continued to drizzle incessantly. I was not making good time so I tried to hurry it up a bit. Still when you see this 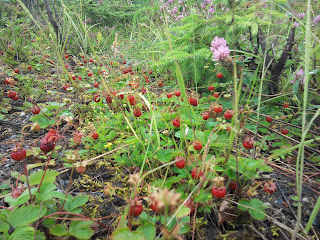 Running out of battery, to be continued.
Posted by doubleroo at 14:18