My own Game lasted just 15 Moves today. I was on the right side again and was able to watch the other Games in the commentary room where Simon Williams was joined by Stuart Conquest intermittently. 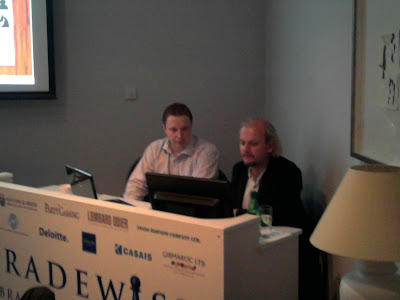 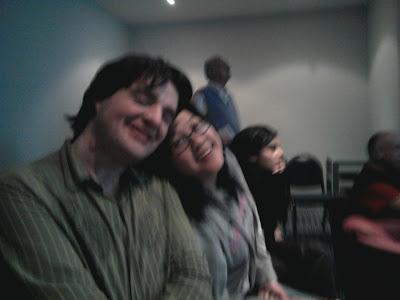 as these two GM's shared their insights. We spent most of the time watching the Match on Board one. Nigel Short was defending his leading position in the tournament with Black against Vassily Ivanchuk. We were all very impressed with Nigels uncompromising Bridge-burning attack until move 17 when we all expected him to continue with 17...Rf3 instead of the Wimpy 17... Ne5 after which only two results were possible. As it was Nigel got Mated on move 63. So engrossed were we in this Game that we nearly missed the Game of the tournament so far, maybe the Millennia. I kid you not, do yourself a favor and go to the Live Games and play through Akobian Mikhalevski. By tomorrow it will no longer be there and you will have to download the PGN.
For some light entertainment here is my short Game.
Posted by doubleroo at 16:09