No Naked Women on FERENGI

I hate to disappoint Star Trek fans but the women on Ferringhi wear clothes, in fact a lot of clothes. And many of them wear black. Also they are allowed to drive. 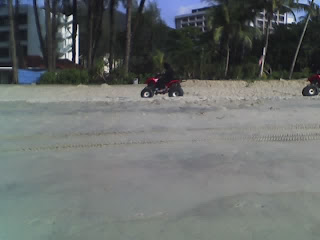 There are many strange things about the Planet Ferringhi (local spelling) including horses drinking in bars. 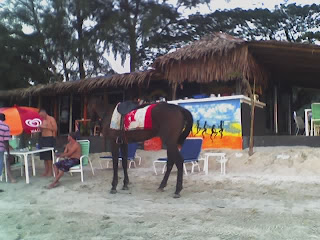 Batu Ferringhi is a beautiful beach resort about 30 minutes by Bus from Georgetown on the Island of Penang.
We are waiting for news from Emirates to see if the Volcano is going to force us to stay here a bit longer. There are worse places to be stuck :-)
Posted by doubleroo at 08:45 1 comment:

And the winner is HOU YIFAN 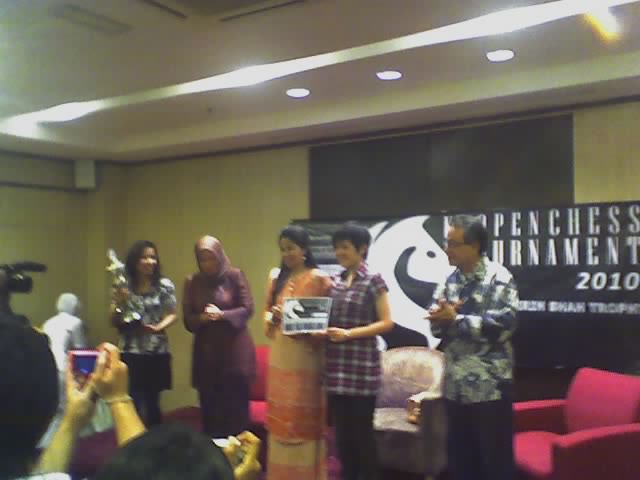 She won in a canter, was never in trouble in any of her games and was a model of concentratioon from the first to the last round. This girl is truly strong. Here she is with the Princess of Perak (I think) and the Chancellor of Mindskills University.
I was amazed at the attention Chess received here in Malaysia compared to Australia. The opening Ceremony was attended by Raja Nazrin Shah, the Crown Prince and many other dignitaries. Here is a short Video of his motorcade arriving and the opening Ceremony

Another Highlight of the event was the stopover of Nigel Short. He gave a 10 player simul on his way to the Bangkok open. A brave man he surely is as the troubles there now are surely enough to dissuade many a more timid soul. Here he is considering his move against Ed Legaspi from the Phillipines. 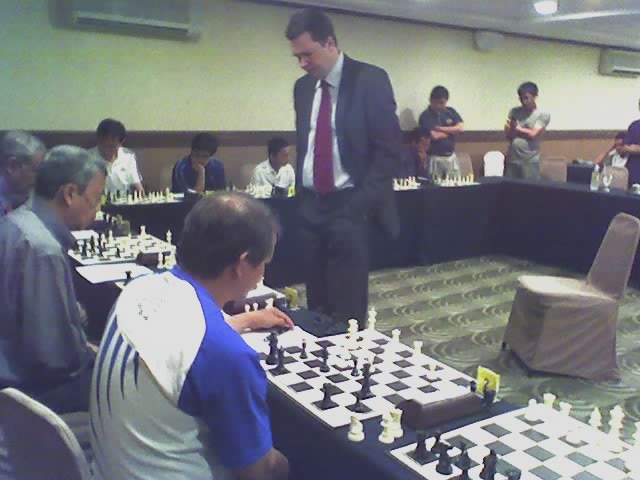 Thomas Luther performed according to his rating and finished fifth. Two losses spoiled his chances for a higher place. It was a bit tough to get used to the heat and double rounds especially when rounds start at 9am.
Here he is meeting a Princess. 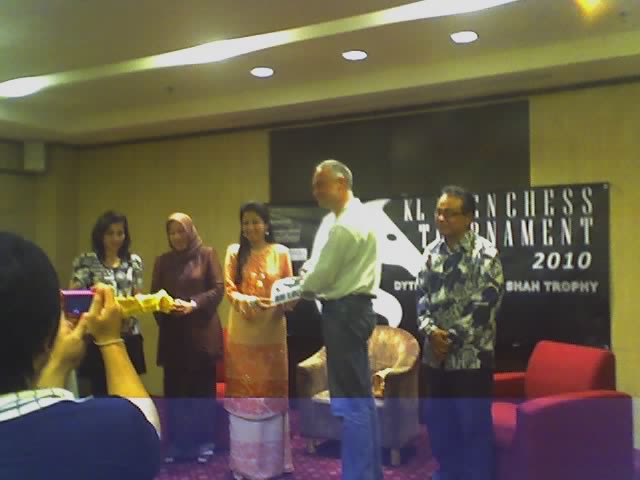 Apologies for the delay but my old computer had multiple breakdowns. Power supply, Virus etc. Now I need to go give a Simul myself so I can finally win some games. If you are wondering why I didn't mention my tournament......
Posted by doubleroo at 22:48 No comments:

Posted by doubleroo at 01:02 No comments: 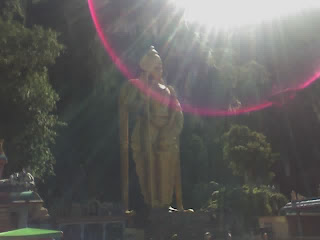 One of the "must see" tourist attractions of Kuala Lumpur are defiantly the Batu Caves.There is a huge Golden Budda at the bottom and a Hindu temple or two but for thorough info I will just refer you to the Wiki page
The 272 steps up to the top would have been murder on me just a few weeks ago but after being tobacco free for over three weeks I handled it fine.
You do get attacked by Monkeys if you are carrying any food or the Monkeys take a liking to a shiny object you have on or are carrying. 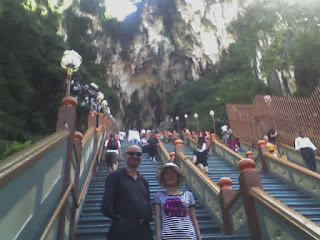 The top three seeds all made the pilgrimage to the Holy site, just in case. Here are two of them, Thomas Luther and HouYifan. The Organiser Peter Long took 16 players on a tour of Kuala Lumpur, something quite unique for a Chess tournament. After the Caves we were treated to fresh Coconuts, then we took a trip to the KL television tower for a view of the City. There was also a Cultural Village there showcasing local Arts and Crafts as well as traditional dwelling. We then took a look at the National Monument before returning to the Hotel at about 5pm. A long but interesting day.
The tournament started this morning and I got off to a flying start winning against Mohamed Abdul Haq 2057 in 27 moves. Later tonight I will try to figure out how best to post games and then share. The second round is in a few hours so I will go have some lunch in Chinatown and post results this evening. Have a Nice day. 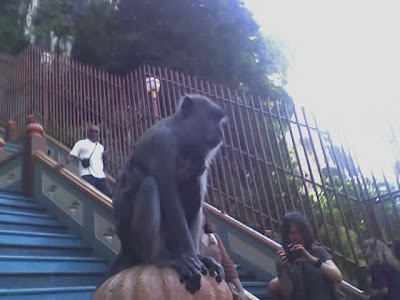 Posted by doubleroo at 20:55 No comments: 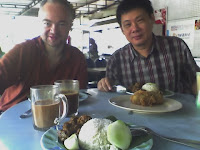 Nasi Lemak is a traditional breakfast in Malaysia. The basic ingredients seem to be rice, dried anchovies, boiled egg, cucumber and a curry of your choice. Kopi (coffee) or Teh Tarik ( I had Teh Halia{Ginger}) are the most common breakfast beverages. 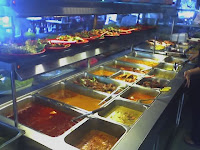 There is a large choice of delicious things to augment your rice as you can see. Breakfast for the three of us costs around €3.
More food adventures coming soon,

Posted by doubleroo at 17:24 No comments: