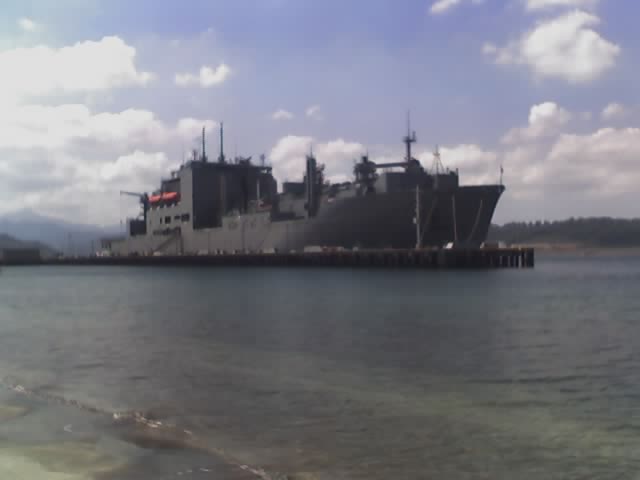 The former American Naval Base which has been turned into some sort of "special economic zone" played host to the Asian qualification event for the world cup. It is s gated area separated from Olongapo city by barriers that are casually checked by disinterested security guards. I did inquire as to  what they were trying to stop from coming in or out but nobody seemed to know. Nor was anybody able to tell me what this big American warship was doing there.

The tournament itself was won by Ni Hua from China and second was the local hero Wesley So who took the early lead but lost to the winner in the latter stages. The other qualifiers were Abhijeet Gupta of India, Jianchao Zhou and last but not least Le Quang Liem. He lost his first round, drew the second and then came home with 6\7.


The Womens event was won by Atousa Pourkashiyan (is that an Armenian name) but since I wasn't paying attention I don't know how many qualified.....which brings me to my next point. The website was and is useless. Dissemination of information is very poor in the Philippines and this important event was not done any service by those responsible for promoting it. Chess is a major sport in the Philippines, there are many strong players, countless amateurs and enthusiasts and public interest the like of which most counties can only dream about.


Chess is supported at Government level and Corporate. The venue was in an isolated industrial area with little public access and there was no commentary of the games of this important event nor were any of the games streamed live on the internet. This was an unforgivable waste of resources and a wasted opportunity. Subic bay is trying to develop a tourism industry and deserves to have a thriving one. There are many beautiful beaches, restaurants and cultural attractions in the area. The local food is delicious (not in our Hotel), the beer(Red Horse) is cheap and refreshing and the nightlife in Olongapo city has something for everybody from live music by very talented local musicians to seedy bars left over from the Americans presence.


As for my own tournament, it was my worst performance in living memory. The stifling heat must have melted my brain as I made major blunders in every game.


Subic has a future as a chess venue but I hope next time a little more effort is made to publicize the tournaments held there before to attract more players especially from overseas, during so sponsors can get more exposure and return on their investment and after so people see what they missed out on and go next time.