My participation in the Australian Chess Championship was by no means a foregone conclusion a few months ago, in fact I was choosing between several other options, all involving the northern hemisphere. Frontrunner for a long time was India, while European tournaments featured strongly in my contemplations. Combining those ideas, with a possible stopover or two in Malaysia, was tempting and I spent many hours searching for appropriate flights. I came very close to booking one.

So why am I still in Australia? Many factors influenced my decision, like Fukushima radiation, but the beach and mango season were the deciding factors. The living is definitely "easy" in "Summertime" in Australia. Here are some pictures from my roadtrip down to Melbourne.

My first stop was in Nambucca heads. My "sis" Kathy and her family have been holidaying here for many years and I know why now. After feeding me a great lunch Greg took me for a ride in their boat
The campsite is next to the lagoon 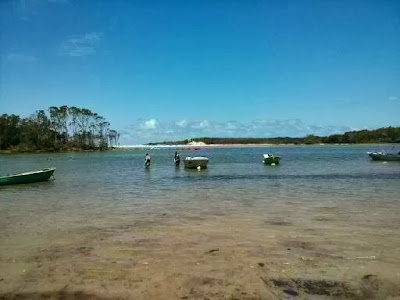 By crossing the lagoon one can park the boat on the other side and walk to the beach. 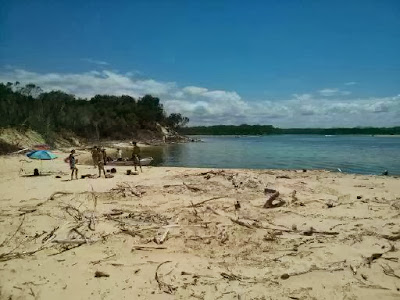 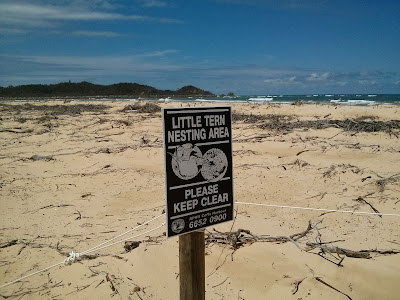 Apparently the Terns come from Siberia!!

After a nice cup of tea it was time to hit the road again and as luck would have it my Chess colleague Ben Ingram had just arrived at his farm near Port Macquarie. He has abandoned his promising chess career to become a cattle baron. I am not sure if he has perfected the art though. Here he is dusting his field. 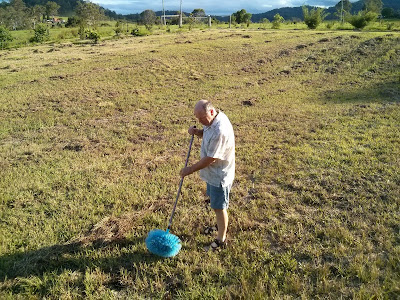 It is a very green and fertile part of Australia. The river is just behind the tree line. 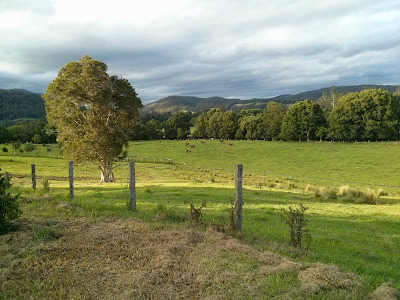 Sheds and water-tanks are a must 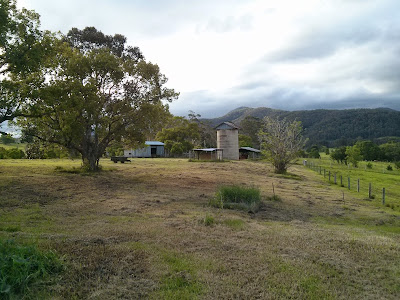 The next morning Ben took me for a walk down to the river. As you can see from Ben's back, we had plenty of company. 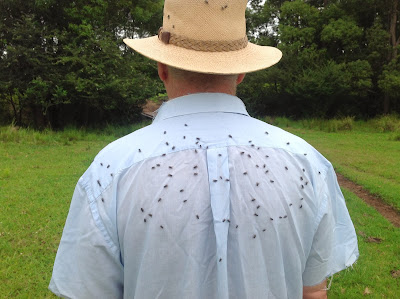 It was not easy to take photo's while swatting flies. 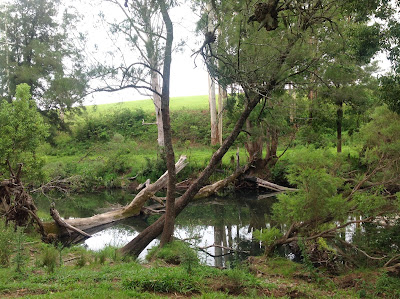 Free range cattle. Quite shy though. 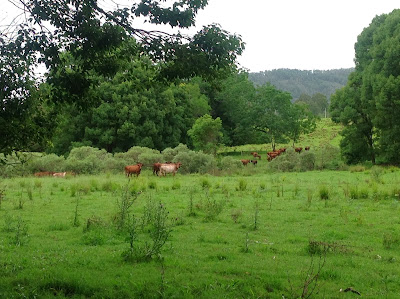 After a 4 egg country breakfast, I hit the road again in the direction of Canberra.

I lived in the nations capital for a year or two as a teenager and spent a fair amount of that time living with my Uncle and Cousin. Good times, fond memories. 40 years later my cousin Ludwig "Digger" Misner is a Grand-dad! Here he is with the youngest of his four kids, Jasmin.

Due to geographical and scheduling considerations we rarely get a chance to catch up Digger now has a thriving crane business and the children have all grown considerably. It had been nearly 5 years this time. Far too long. 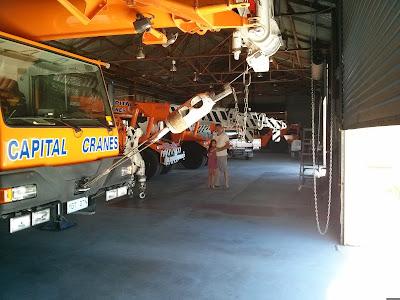 After mutual promises not to let as much time pass before we meet again, as we had done last time, we parted company and I resumed the drive to Melbourne. Surprisingly the highway south of Canberra was nearly empty, in stark contrast to the Pacific highway between Brisbane and Sydney. The countryside changed radically from green pastures to rolling straw coloured plains. 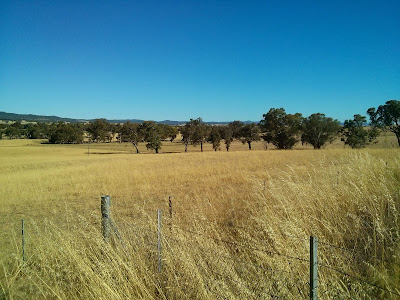 One of the towns along the way is Australia's OK corral, where our famous bushman Ned Kelly met his end. Glenrowan is located just off the Hume highway a few hours north of Melbourne. Well worth a visit. 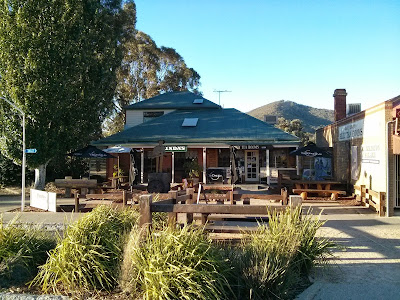 And finally, a Statue of the Rascal himself. 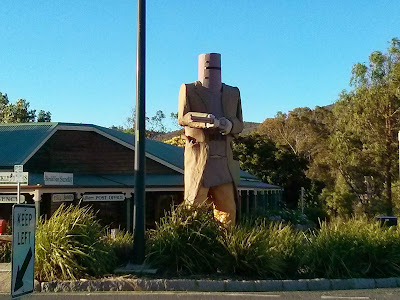 That's all for today folks, I am now in Seymour, a little country town an hour north of  Melbourne. The tournament starts on the second of January so there should be plenty of time before that for some sightseeing :-)