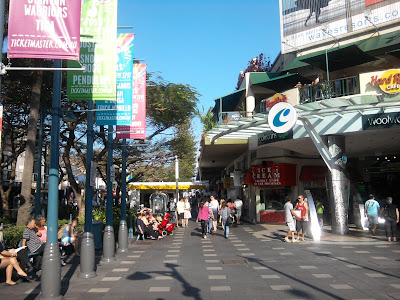 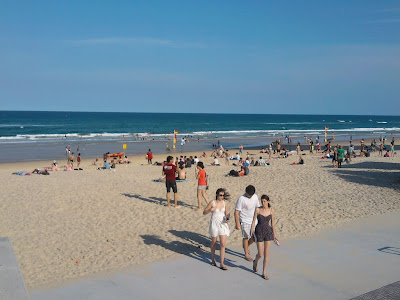 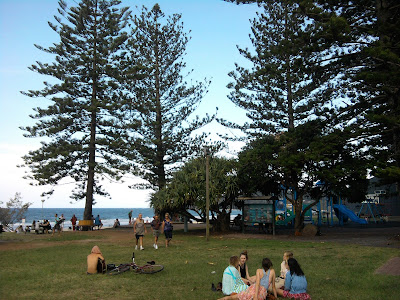 This the best Schools in the state of Queensland battled for titles in Brisbane at Somerville House, a prestigious Girls School with a long and good reputation for encouraging and promoting Chess. Here is a picture of the School with one of the successful teams showing off their trophy. 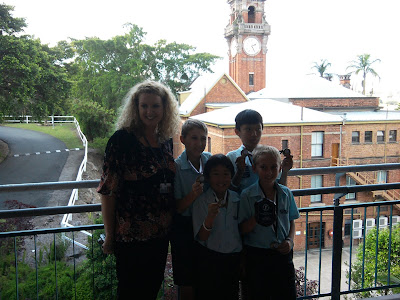 The tournament was excellently organised and there was a large turnout from many different regions. Some teams were local (Brisbane), others from the Gold Coast, Toowoomba and Bundaberg. Everything was still wide open until the very end but the dominant teams in both the primary and secondary level were from Kings and Grammar. 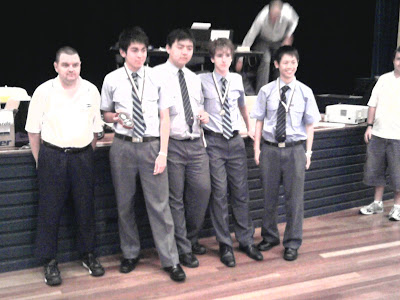 Brisbane Grammar won a last round nail-biter against Somerville to win the Secondary School division while Kings held 2-2 against Grammar to win the Primary division. Don't quote me on that because I am working from memory. I have not been able to find the exact results on any website. 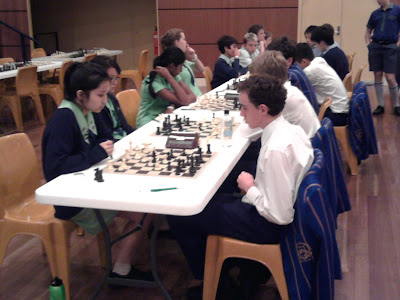 The Somerville Girls acquitted themselves very well and were fighting for one of the top places going into the last round. Amongst the coaches were International Master Moulthun Ly, a promising younger player, Veteran IM Steven Solomon and WIM Alexandra Jule pictured below going through the game of one of the competitors...and having lunch. No rest for the wicked :-) 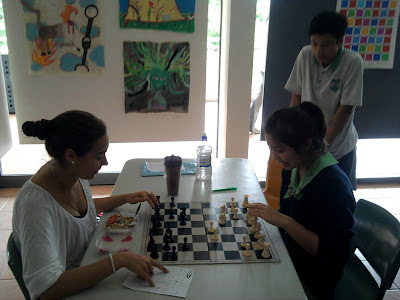 Many thousand school children and students play chess in Queensland and there are many events for them to play in. Parents and teachers support these events as does the Queensland Chess Association  and the Gardiner Chess Academy  . This is Graeme Gardiner who spends a lot of his time helping to organise events like these. 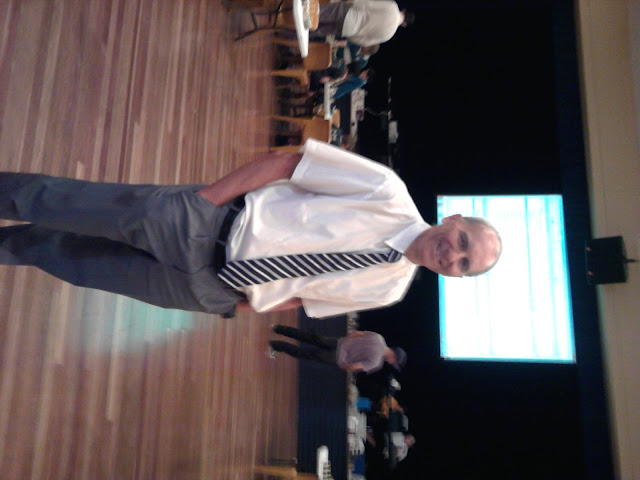 As you can see there are a lot of people enthusiastically involved in Junior Chess. So why is it that Junior events look like this 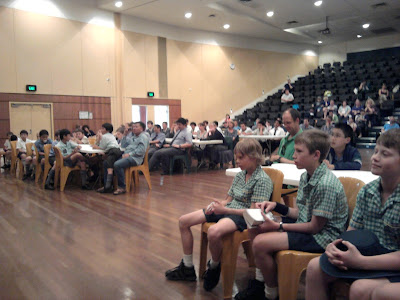 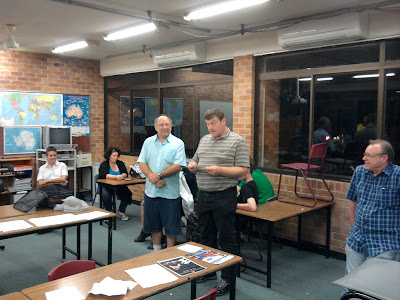 IM Steven Solomon receiving first prize at the Wendy Terry memorial a few weeks previously. A solid performance by Steven who out-rated his nearest rival by nearly 300 elo points. Hardly any adults compete anymore and much of the tiny field was made up of juniors. Something is happening in the transition between School and Adult life. Anybody got any ideas?
Posted by doubleroo at 08:48 8 comments: