That unpleasant feeling when you wake up in the morning not knowing when the round is. After watching the penalty shootout between Costa Rica and Greece we stumbled into bed at about 1.30am after a bit too much Bordeaux. So at 9.30am I was not sure if the round was at 2pm or 10.am and was forced to get up to check. 2 it was. I used the opportunity to collect some Pan Chocolate so as not to waste the walk.

My game today was not very exciting. I made some simple miscalculations but neither my opponent nor a few reasonably rated spectators missed the quite funny oversight I made. See if you can spot it :-)


Before I let you know the solution let me fill in a few blanks. I haven't yet shown you the car my mate Klaus lent me for the month. It is a 1996 Audi A4 2.6L. I can honestly say that this car is a dream to drive. With on road costs it was 1000 Euro. It also features a great heater with the slight caveat that you cannot turn it off completely :-(  On a hot day this "feature" can be a real pain. 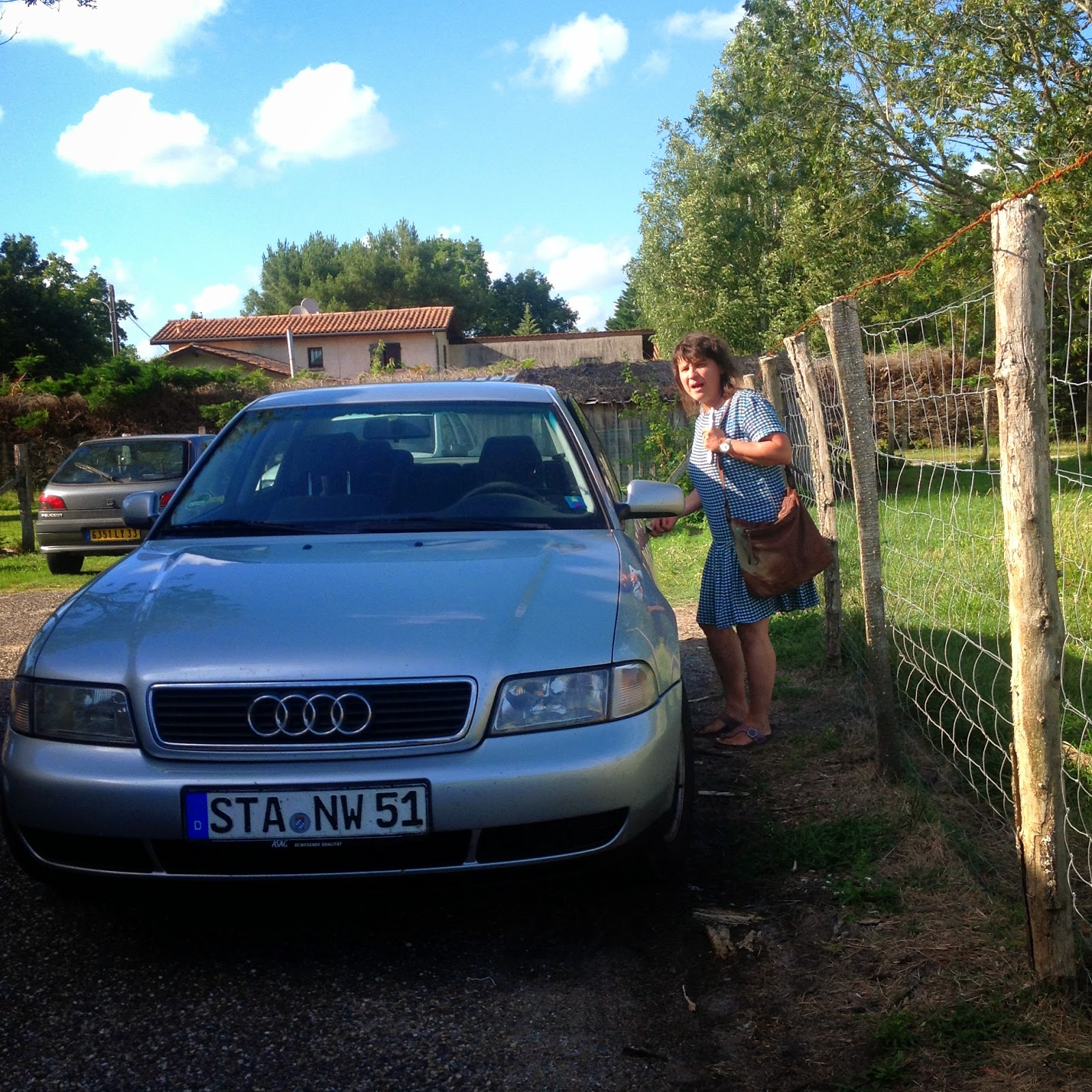 The tournament hall is located next to a field and this Goat happily interacts with children. It eats well and has a very diverse diet. 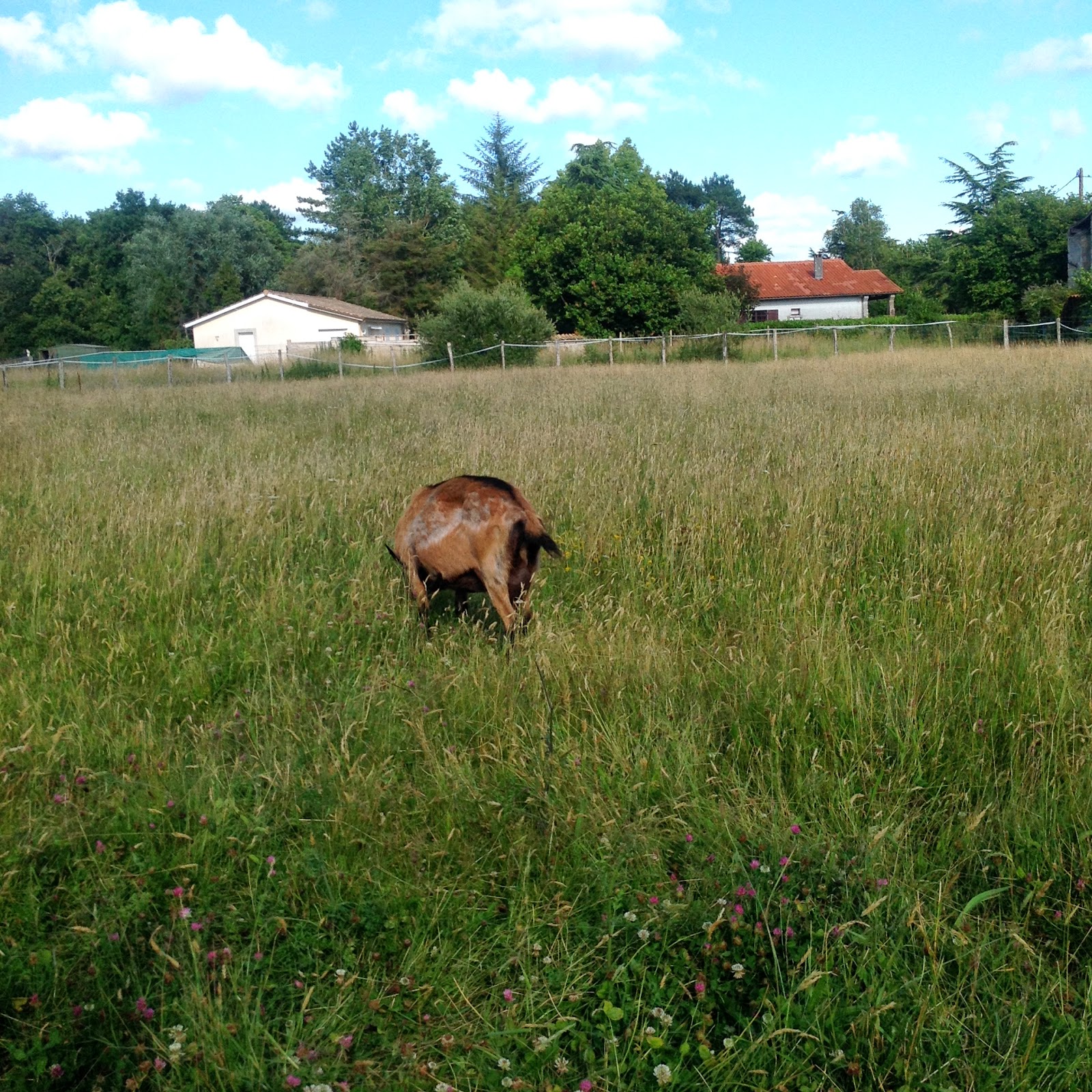 From the opening ceremony. Rike Armas greeting her online fans. 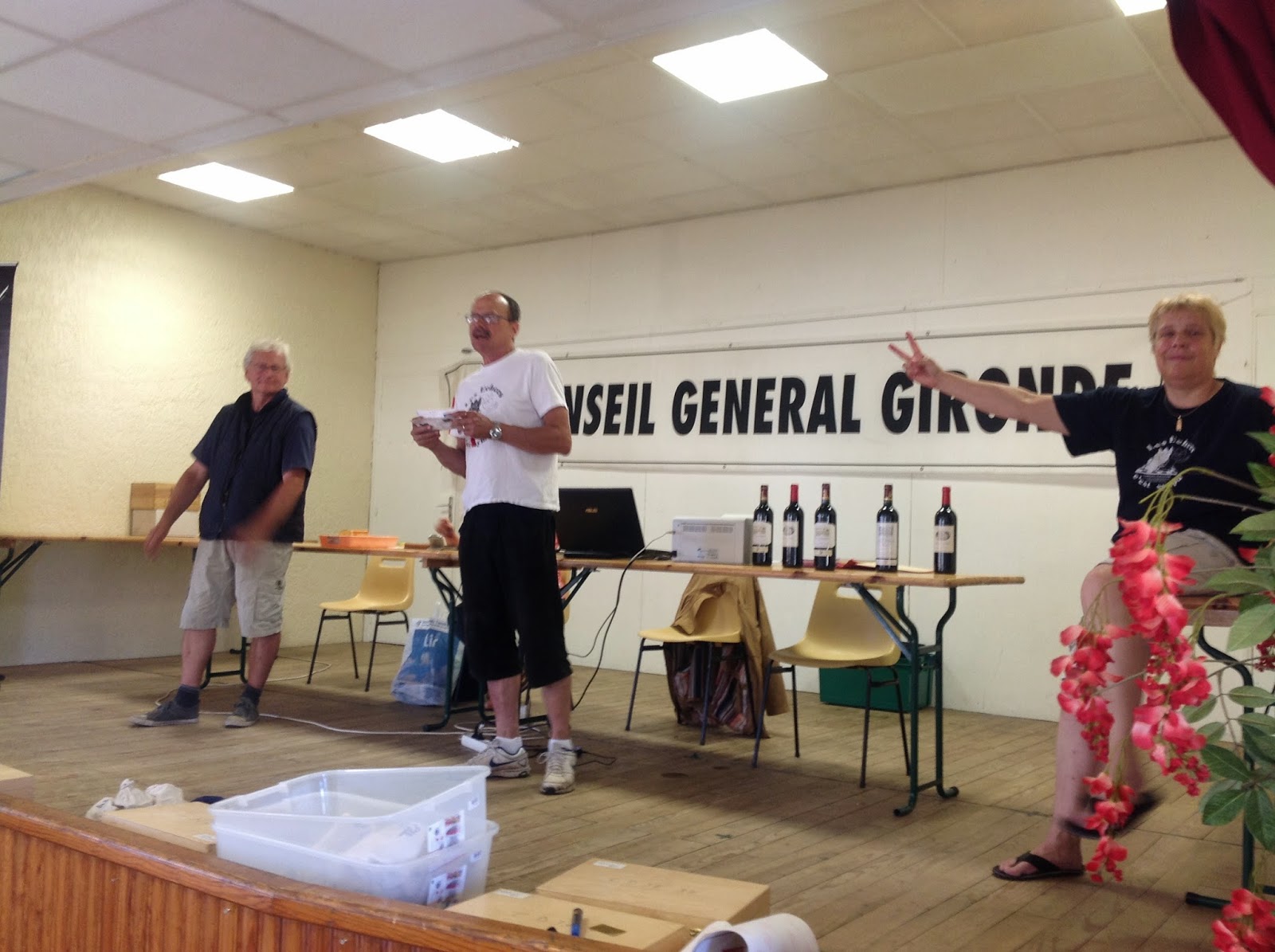 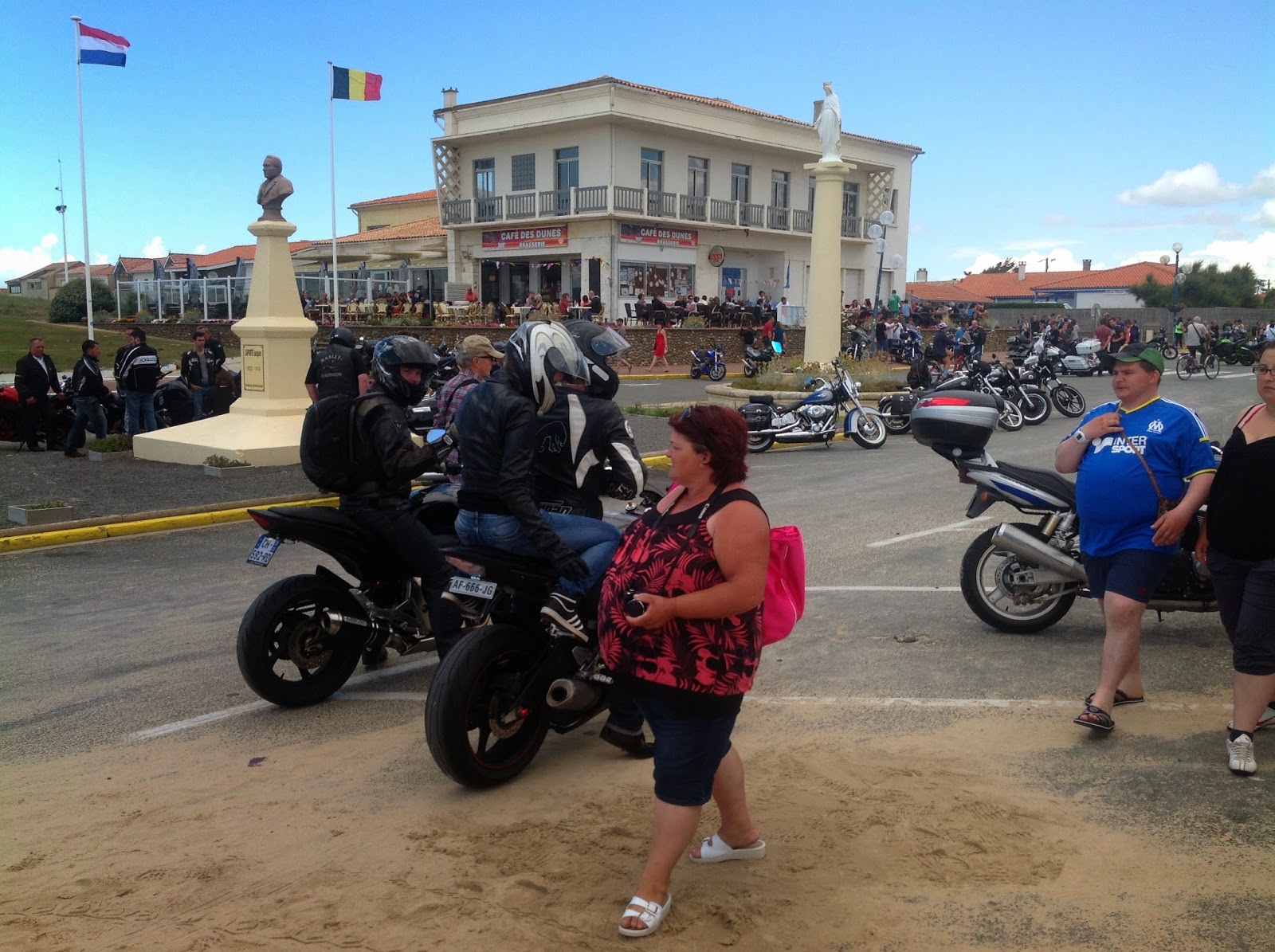 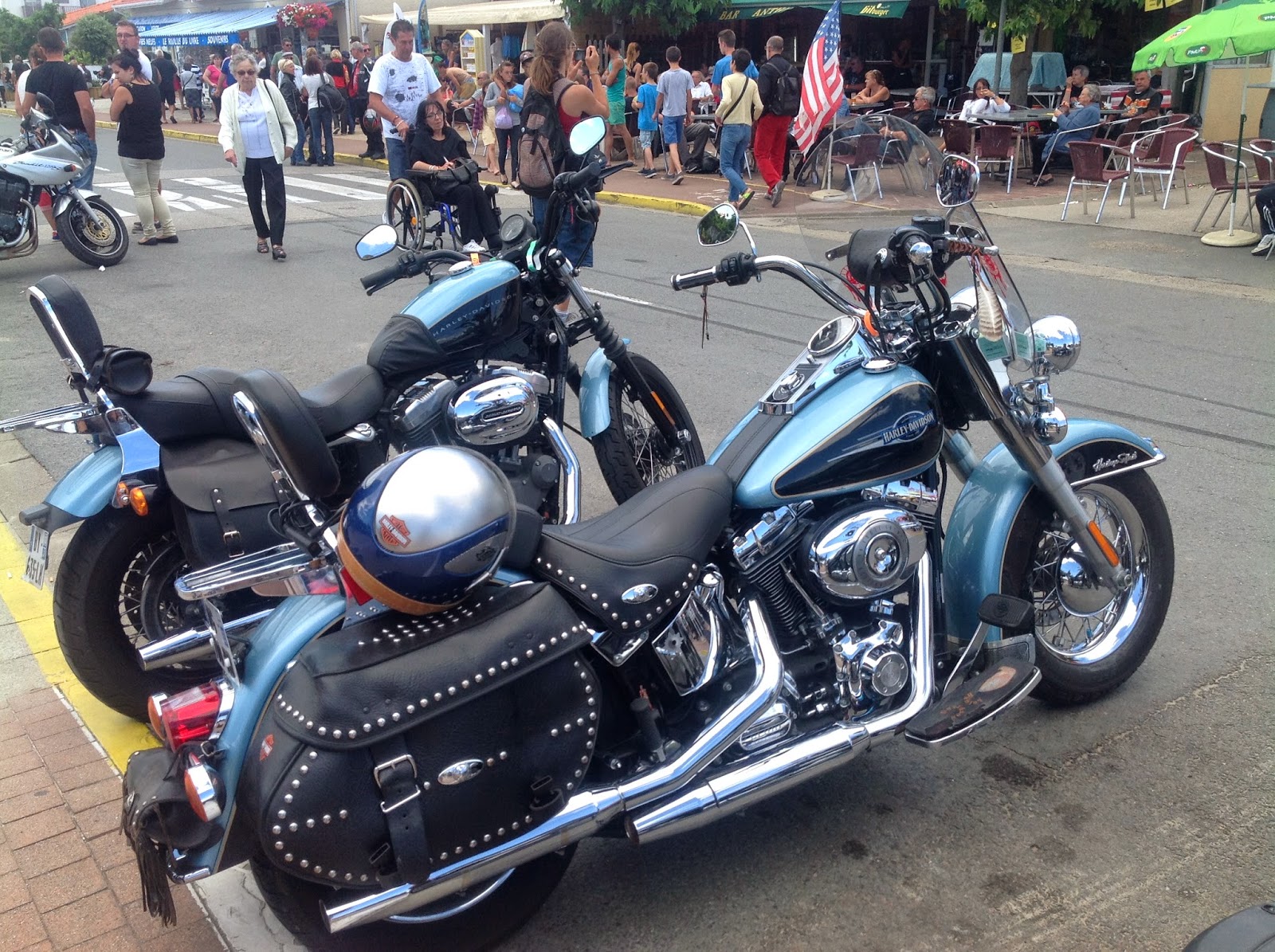 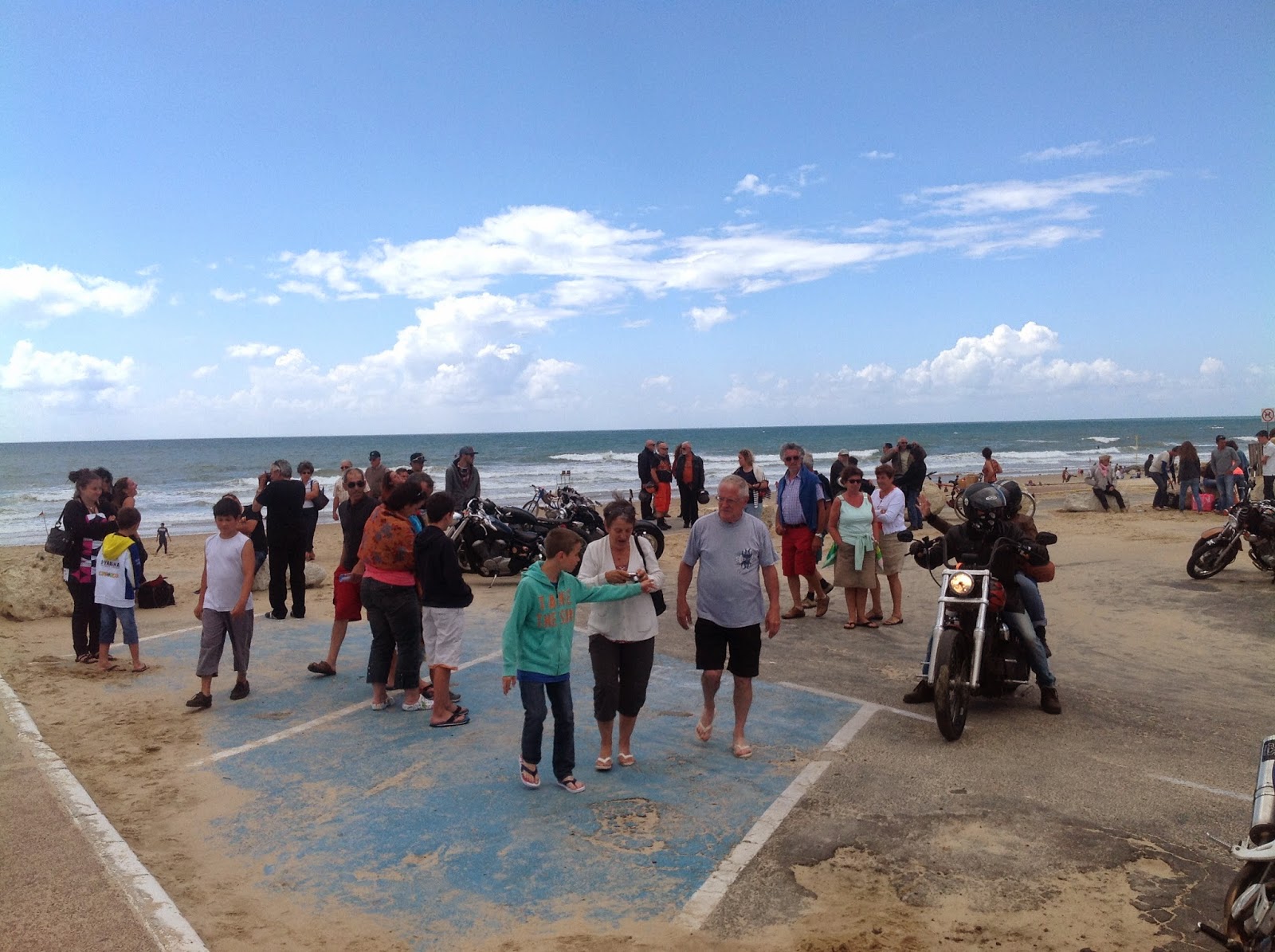 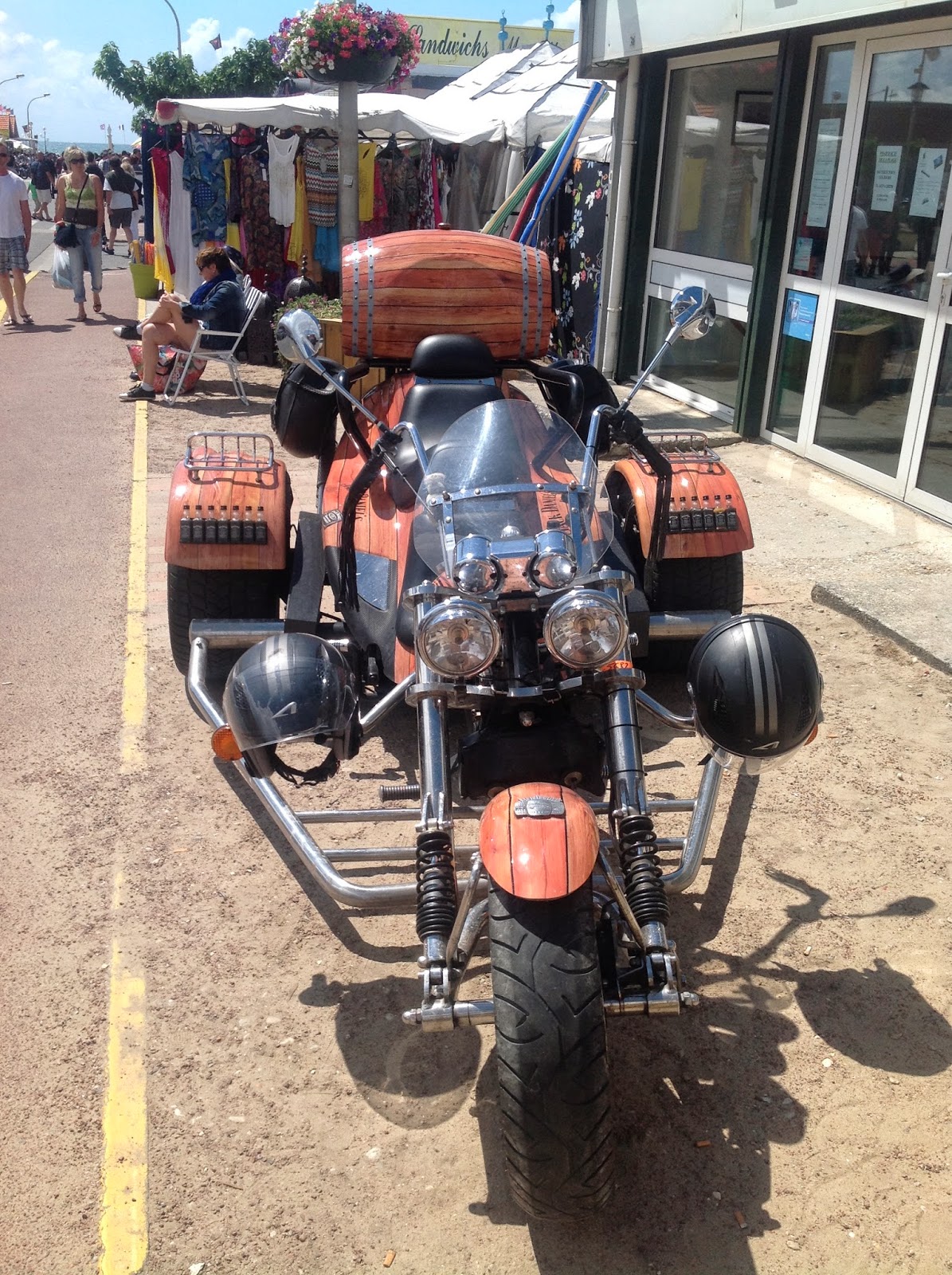 If you are wondering why he didn't play 32Qb2 it is because I can reply Nd3!!, a move I had not seen yet.
thats all for today folks, time for some football and a few glasses of Bordeaux.
Posted by doubleroo at 14:18 No comments:

For many years while living in Europe I had a similar summer schedule. My tour started in Naujac sur Mer in the Medoc region in France where nearly every year I would try to win the wine tournament. I succeeded a few times and usually took a place and at least a few months supply of fine Bordeaux. But all good things come to an end and this event may come to an end as the owners of the Camping la Rochade have sold up and it remains to be seen if the new proprietors wish to continue the tradition. I hope they do. A week later the Leiden Open  starts which is a much stronger event featuring many well known Grandmasters and in good Dutch tradition features one round a day in the afternoon with even a rest day, a luxury unheard of in our fast-food world. If I had my way the Dutch would organise all chess tournaments. They respect the game.

But I am jumping ahead. Now that I am living in Australia again my trip started in Brisbane. Thai airways had the best offer to Munich and featured an overnight stopover in Bangkok. It is nice to break the trip up into two 10.5 hour segments. Hotels near the Airport are cheap ($25) which included free transfer and breakfast. I stayed at the Floral shire resort and can recommend it.

I was met at the Airport in Munich by my friends Claudia and Klaus as well as GM Thomas Luther. They immediately took me to a beer-garden to make me feel at home. After this perfect start I slept like a baby at their place which happens to be a pension as well as a chess club!! Check out the website. It is idyllically set on the outskirts of Munich next to the Woerthsee, a weekend bathing and walking area yet only about half an hour away from the centre of Munich with the S-Bahn.

The next day Thomas took me for an excursion to one of Germany's greatest tourist attractions, the Monastery in Andechs. Real men would have walked there but Thomas had me in tow so we got a lift up and walked back. Our photo tour starts where Klaus dropped us off. 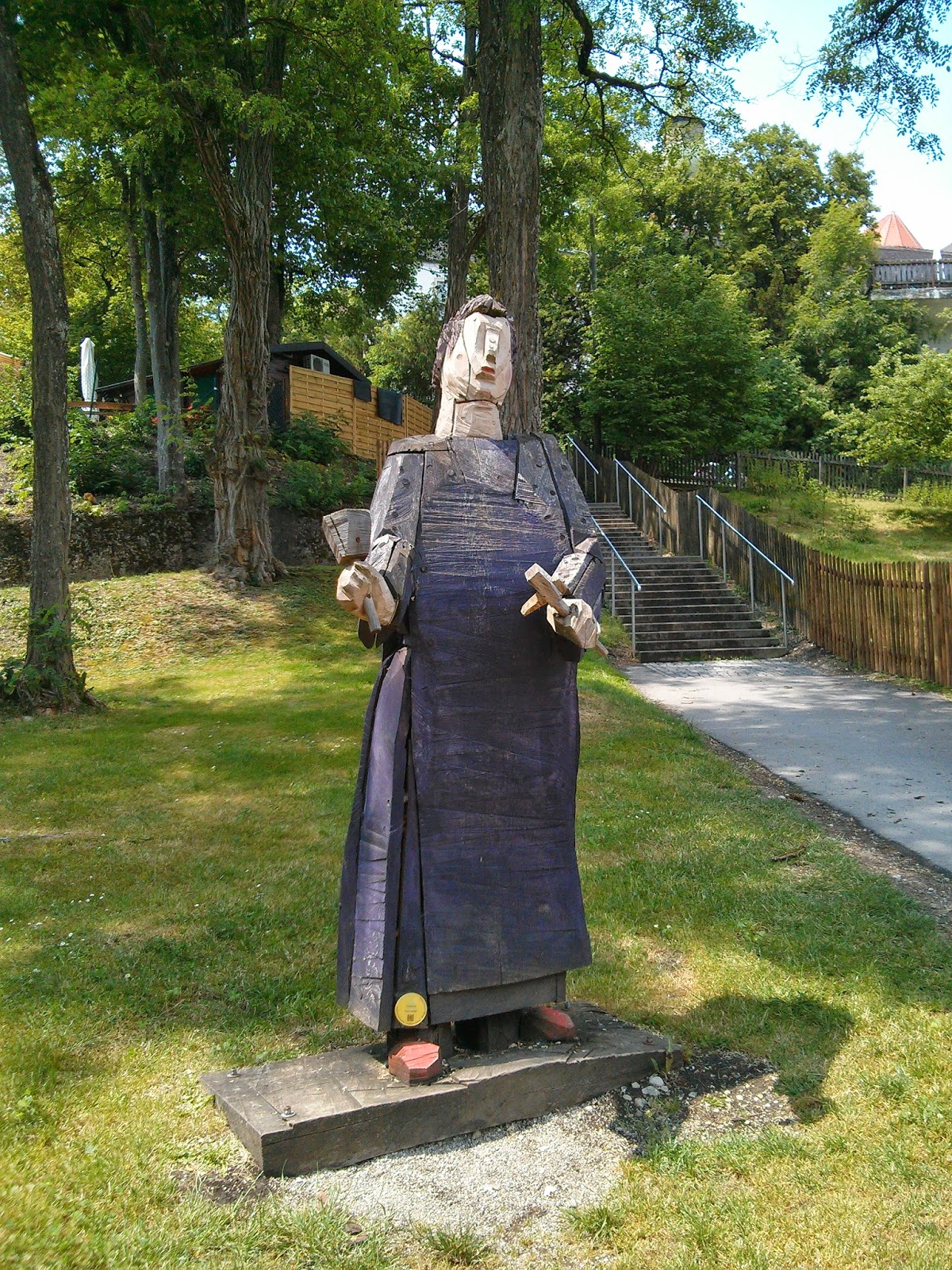 We were greeted by a wooden Monk at the bottom of the stairs leading up to the Abbey. 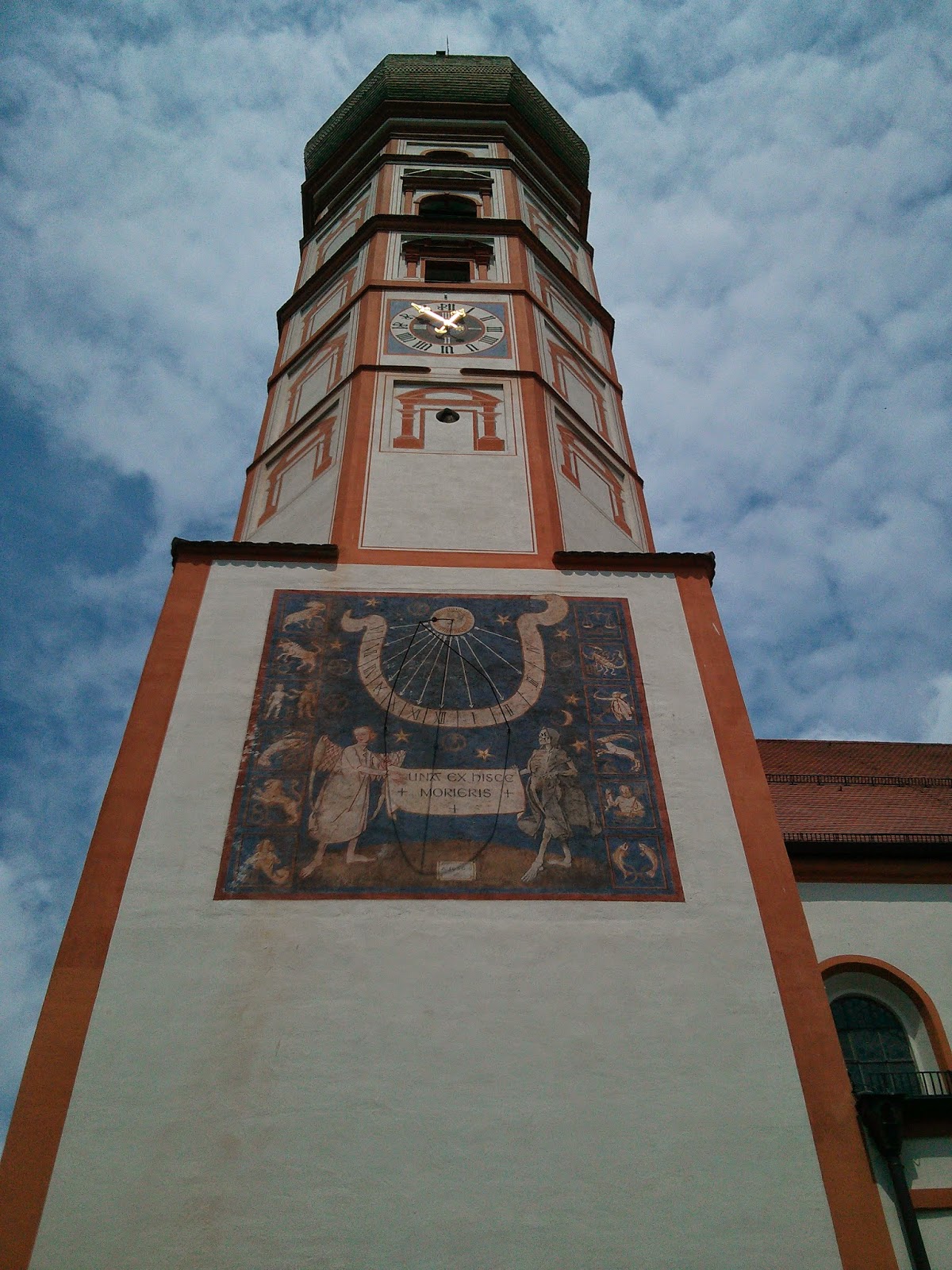 The Tower is a treasured attraction but for some reason or other it has been out of commission for quite a while now which the locals are not very happy about. The view is supposed to be spectacular. Hopefully they will have fixed it by the time you, my dear reader, arrive. 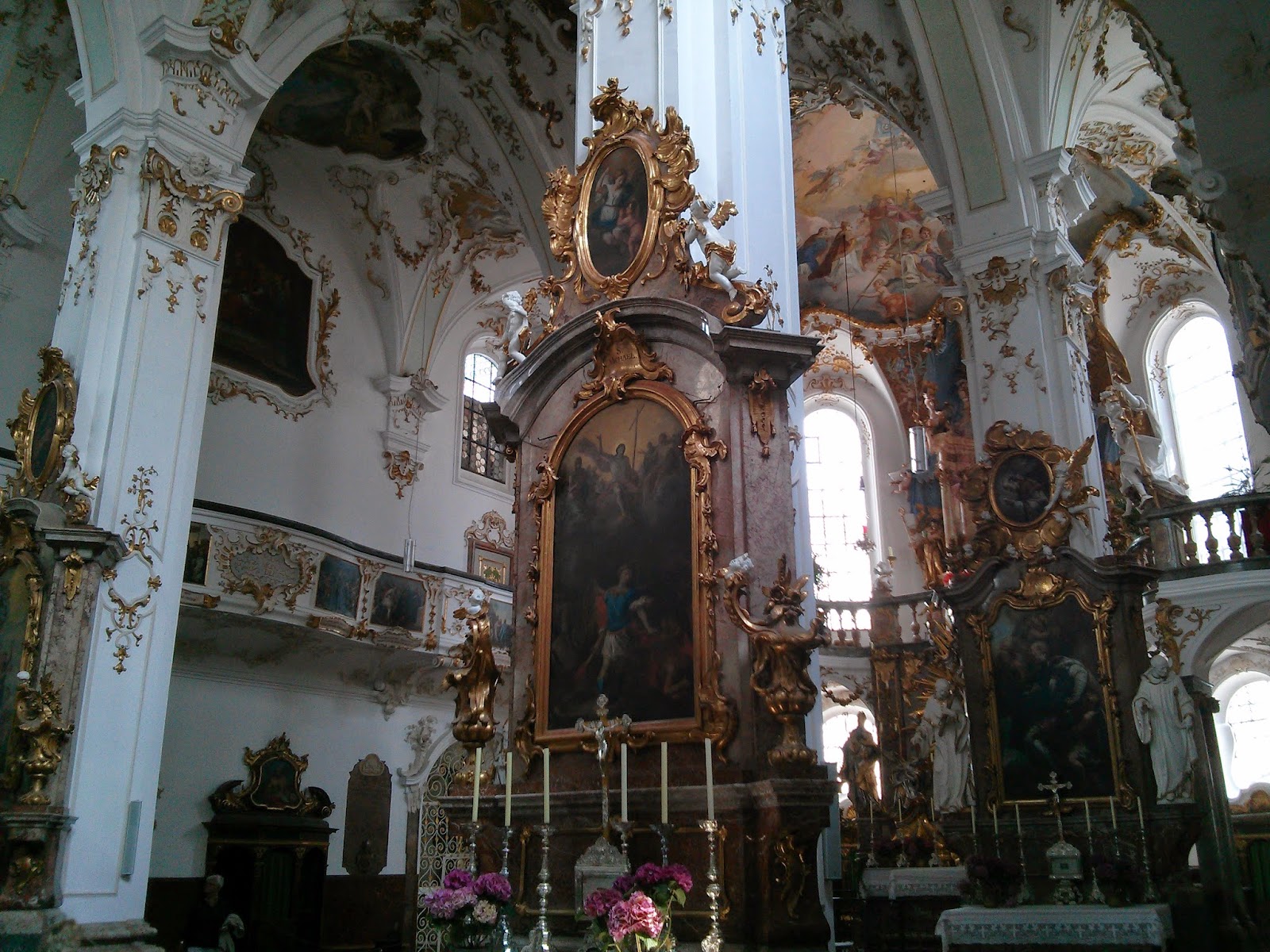 Bavaria is as Catholic as you can get and the Churches are spectacular. All of them, even tiny ones in forgotten corners are immaculately decorated and kept. Must be expensive I hear you say! No problem, in Germany everyone pays "church tax" which is taken directly out of your paycheck. It is about 2.5-3.5 percent and you can avoid it by leaving the church but few people do and the churches collect billions every year and then spend it on charitable activities and upkeep of their infrastructure. 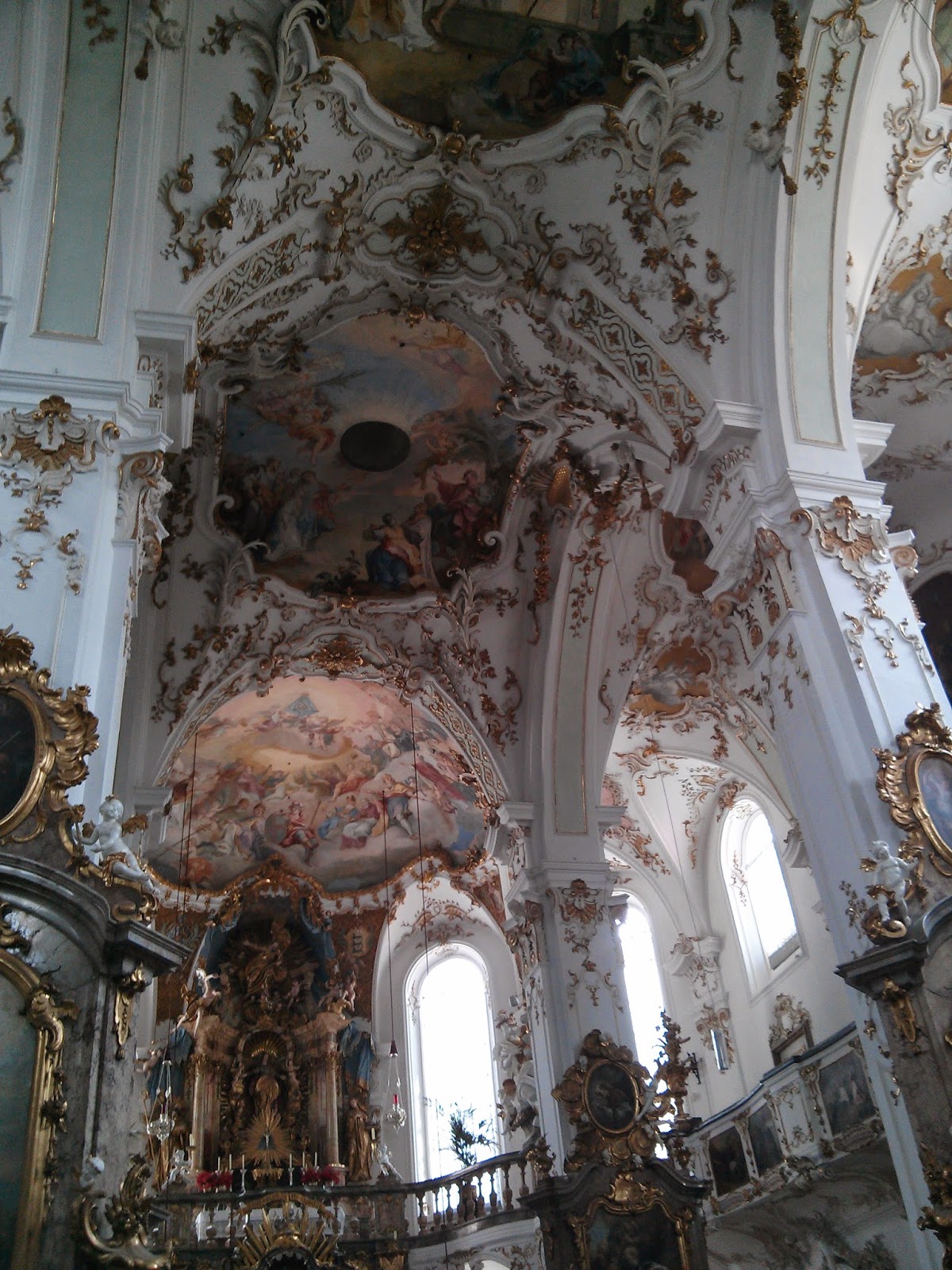 Every corner, including the ceiling, is decorated with murals, gold and sculptures. 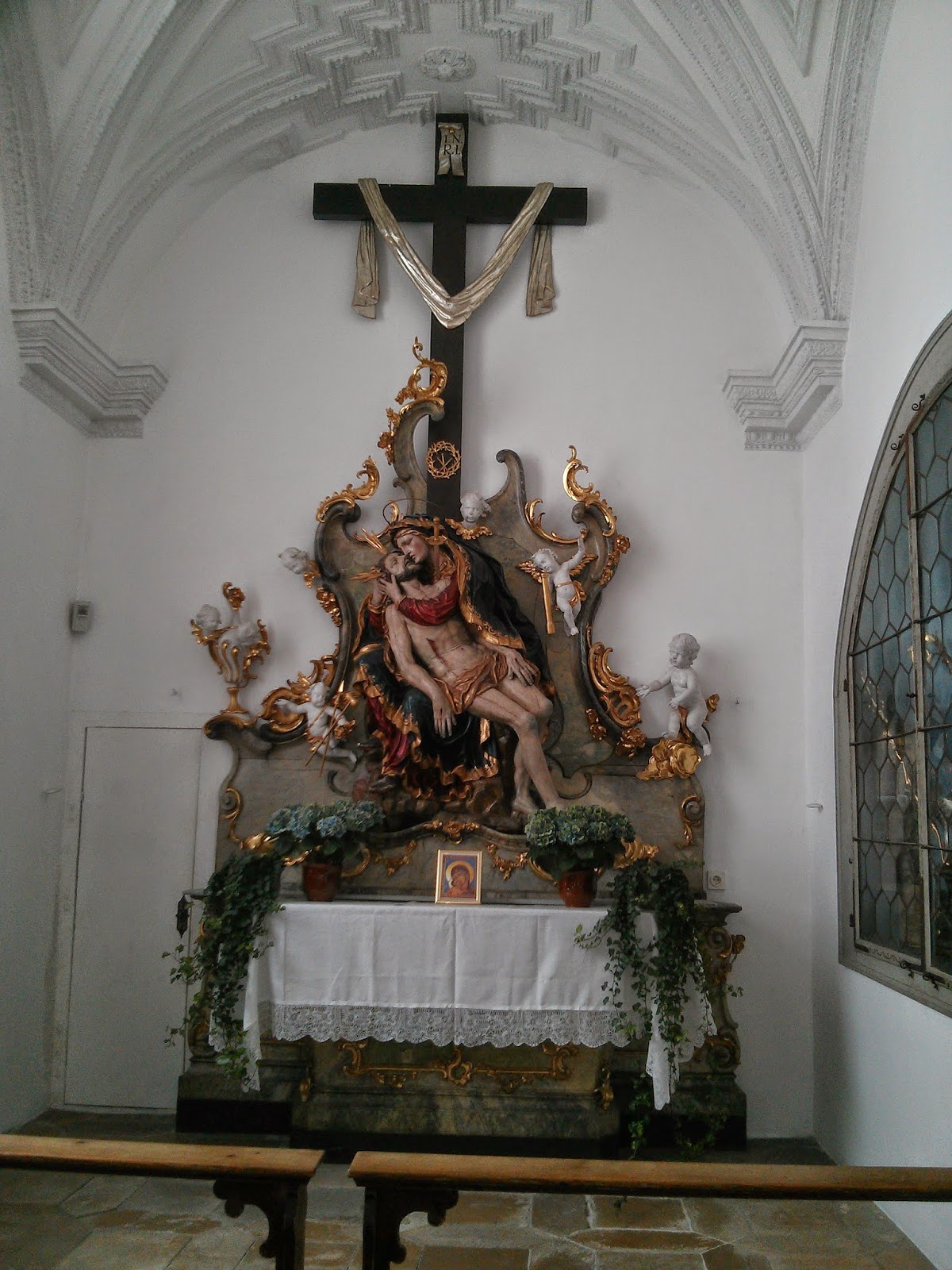 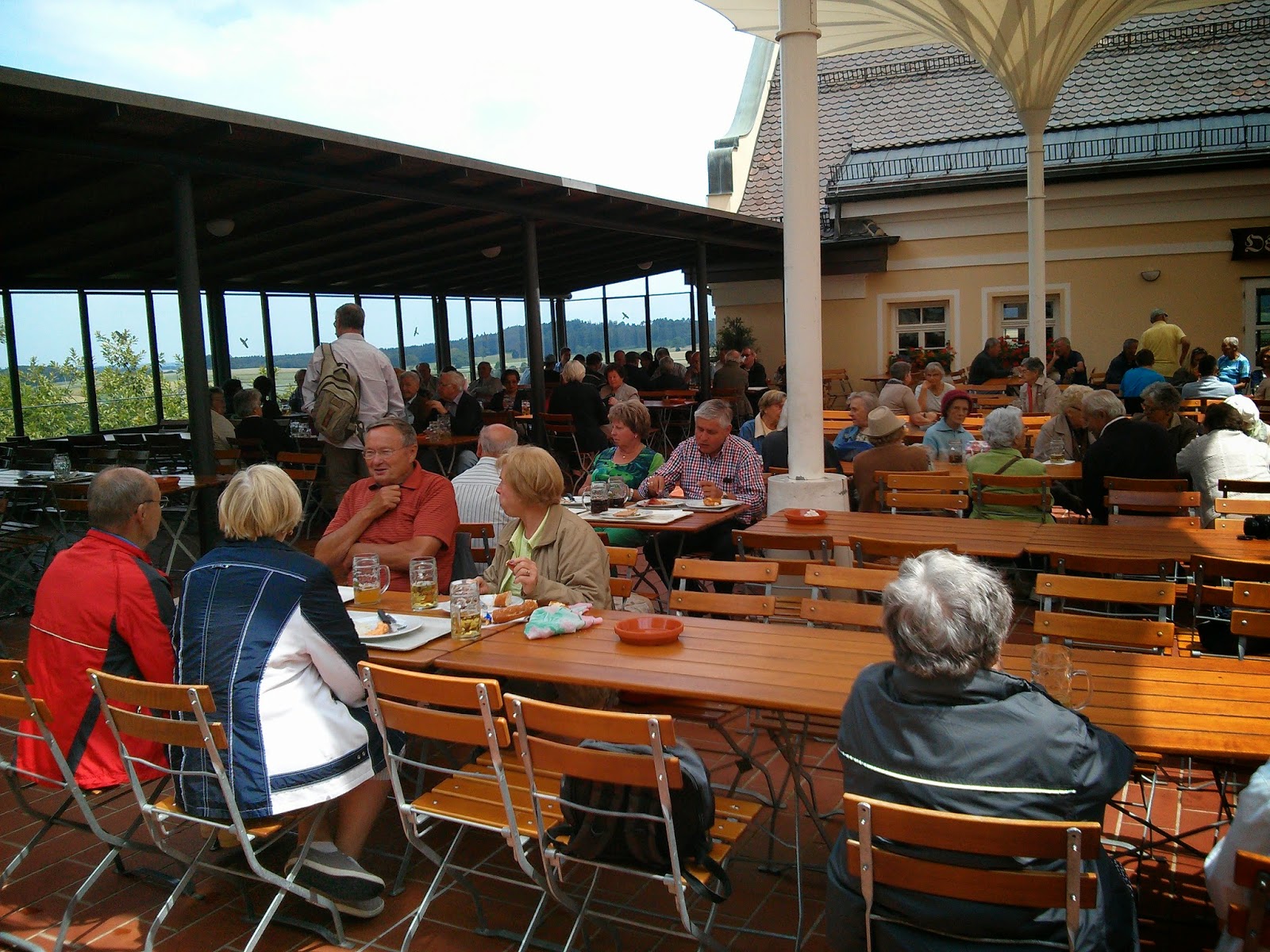 Most of the worshippers were in the other holy place, the beer-garden right next door. In the middle ages in much of Europe the church had a monopoly on the production of alcohol and much of their wealth comes from this monopoly. 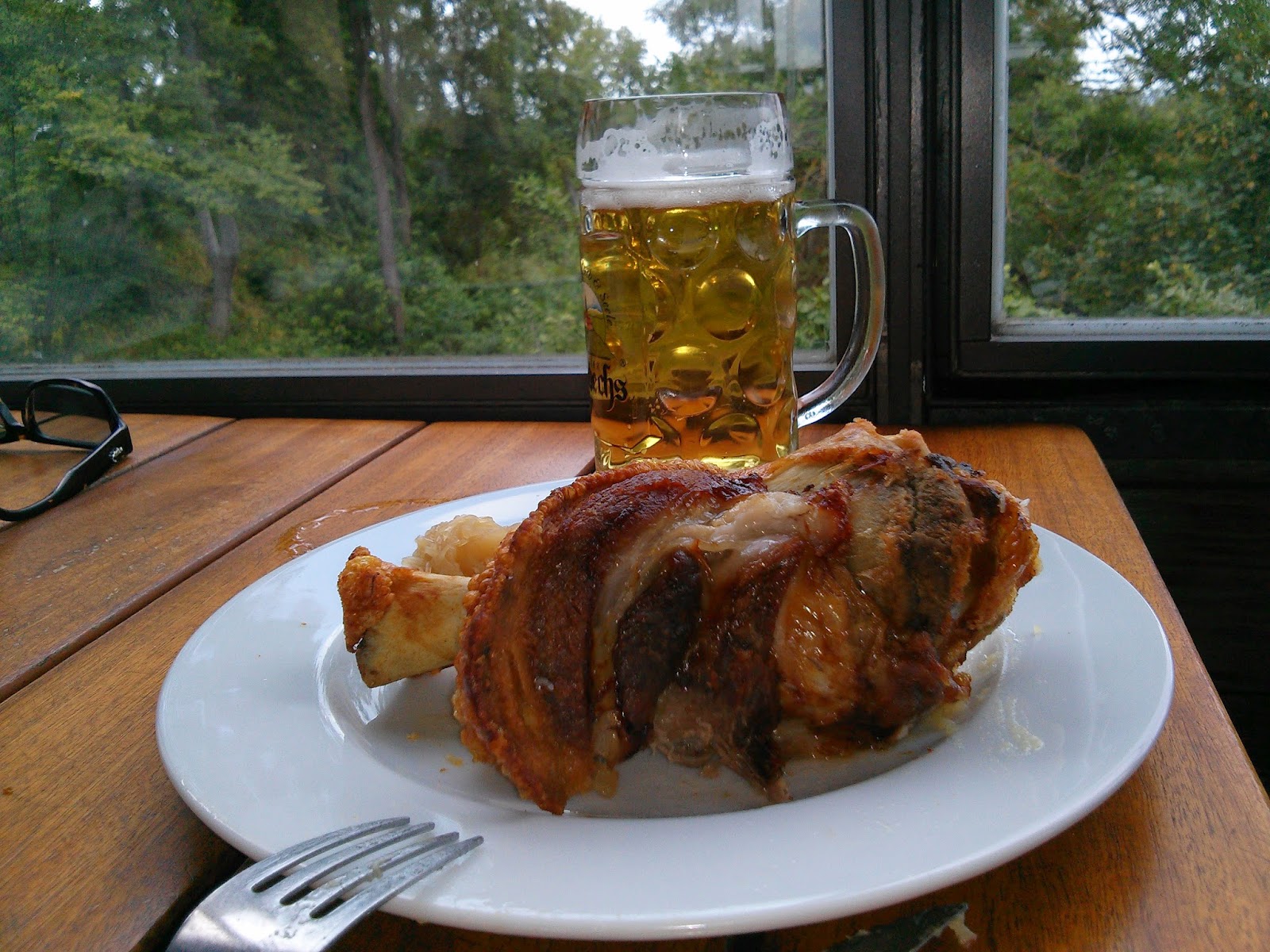 With a full stomach and feeling slightly lightheaded we started down the mountain for an hour long walk back through the forest to the nearest S-Bahn station, Herrsching. 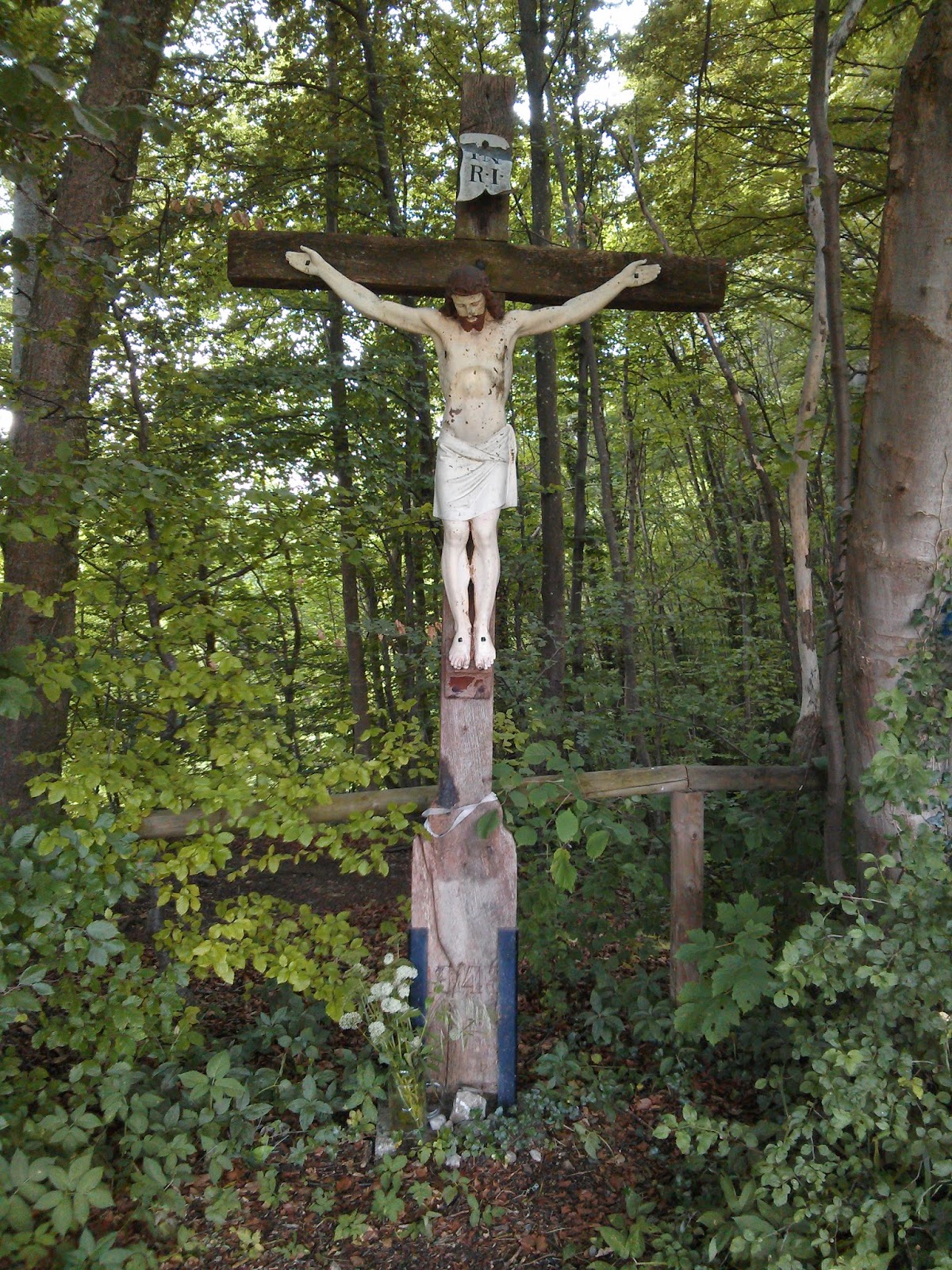 Jesus showed us the way. 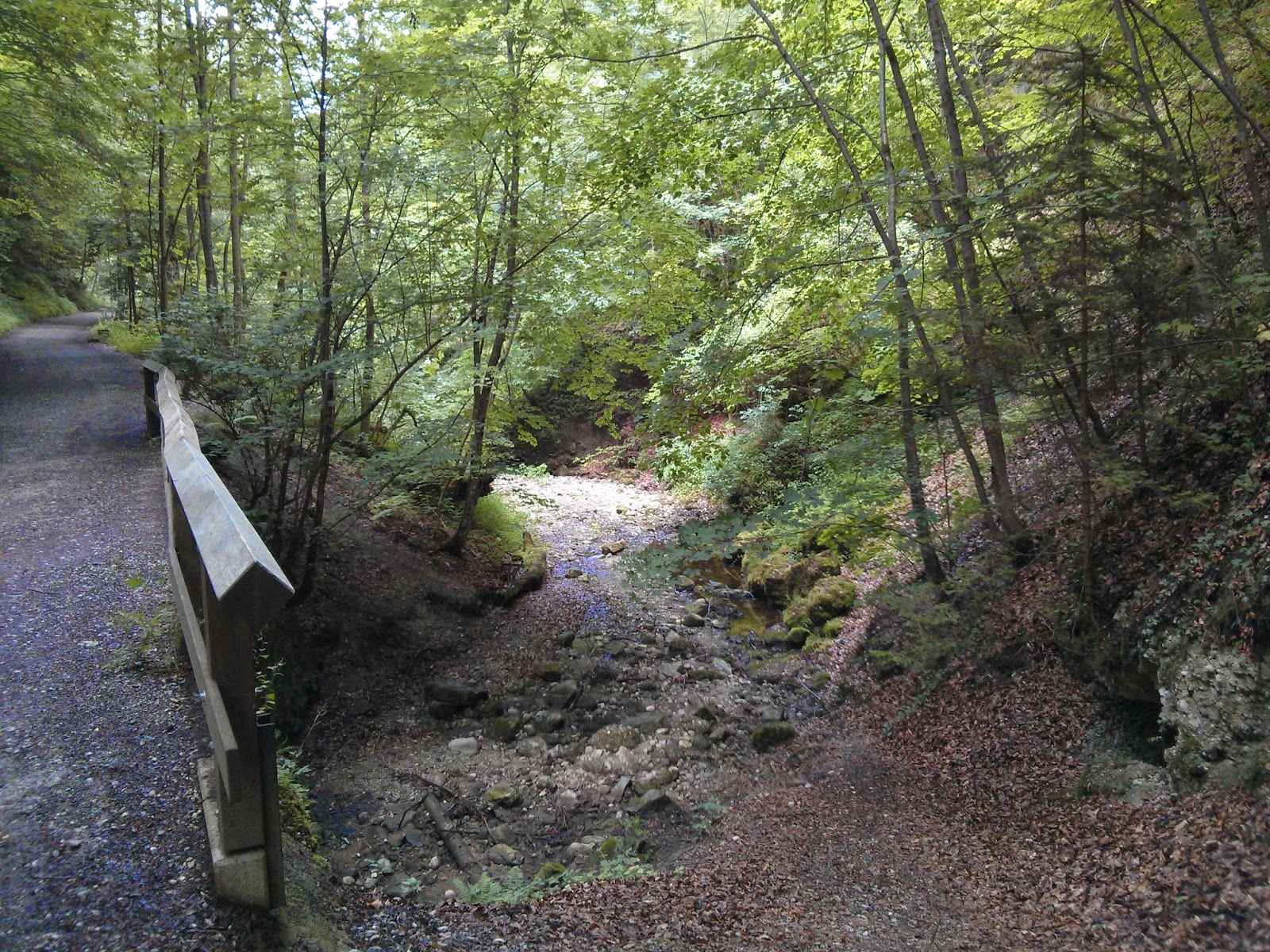 The path is well marked and cool, with the trees letting the perfect amount of sunlight through. 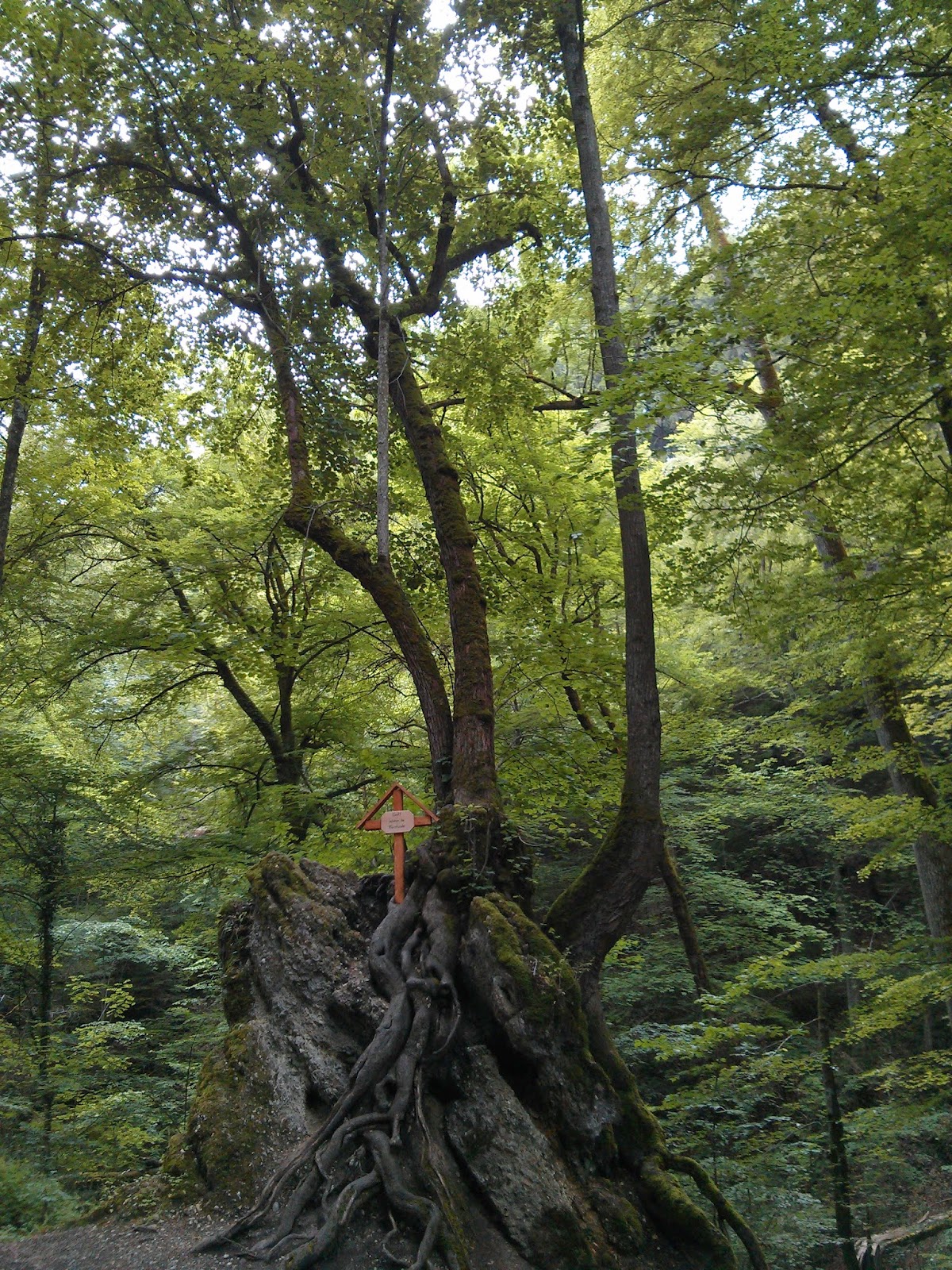 Is it not amazing how trees can grip boulders with their roots like as if they were sitting down. 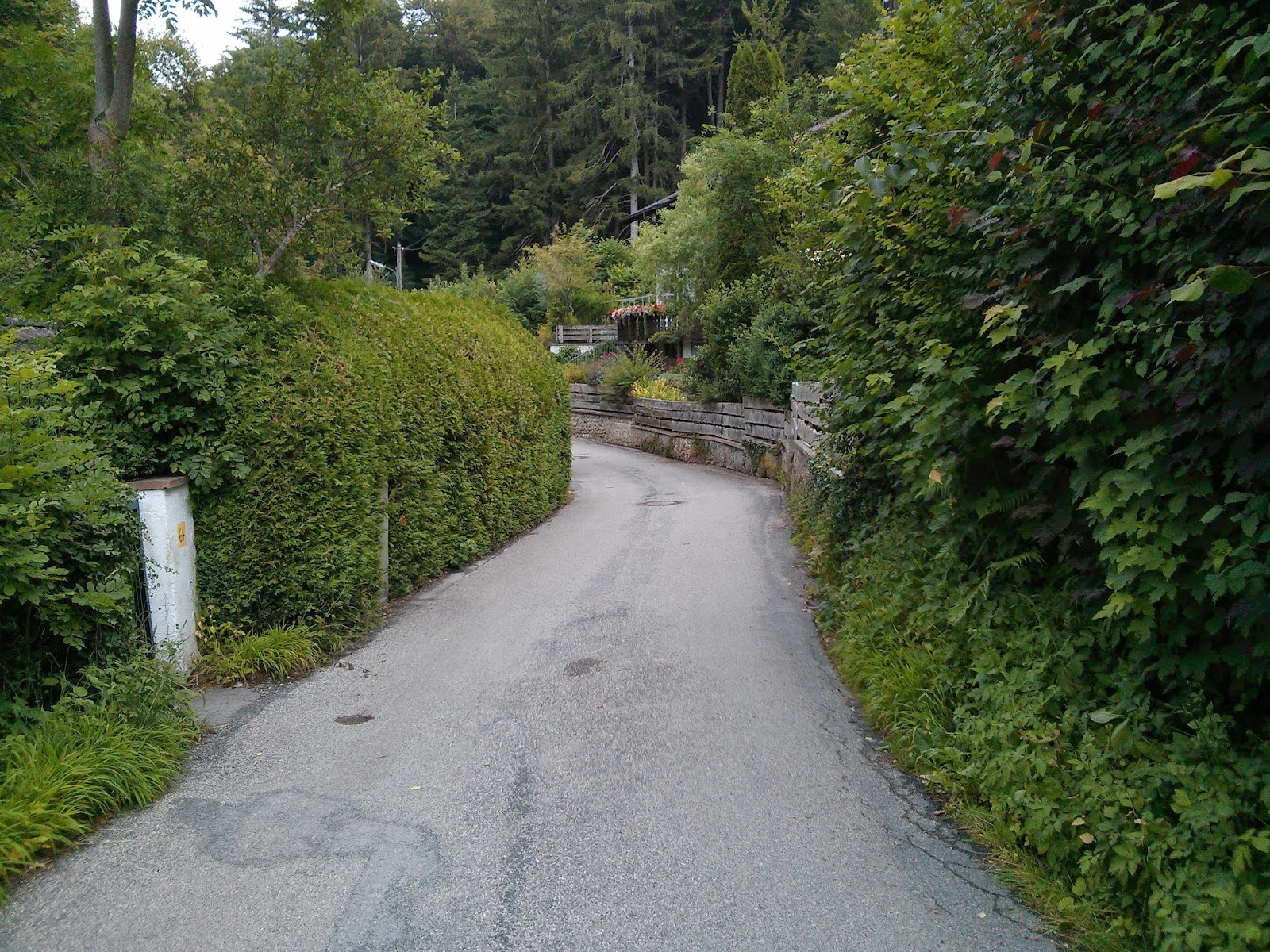 After meandering through the forest for about half an hour you come to a quiet little country road for the last stretch. 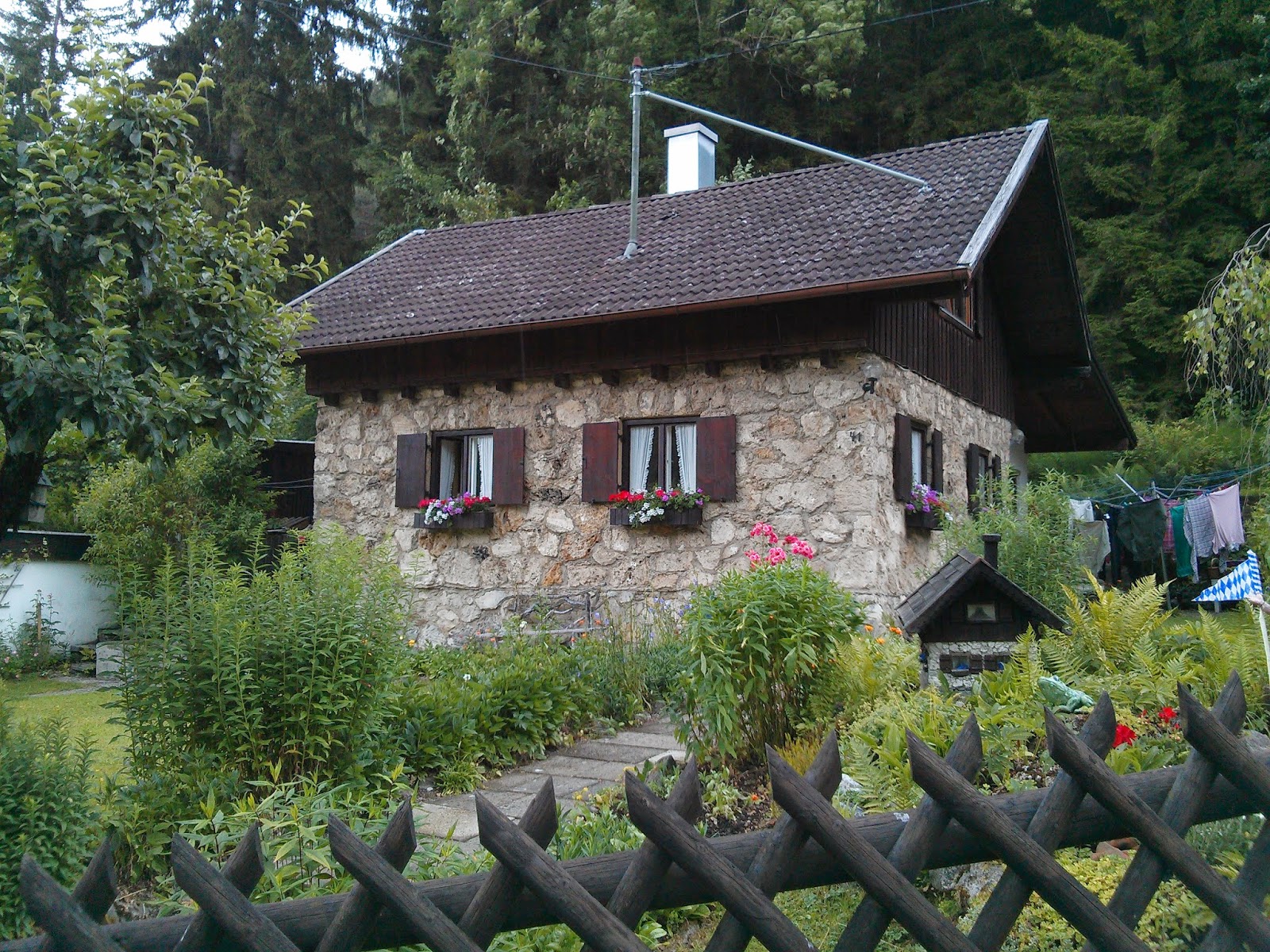 A typical house along the way.

Soon we were back at another beer-garden, replenished our liquids in the company of a famous local chess celebrity, Ludwig Deglmann, who happens to work around the corner. After another beer Klaus came to pick us up (check out their games) and in very few minutes we were back in the Pension de Francesco eating a wonderful baked asparagus dish with, of course, more Bavarian gold :-)

The next morning (yesterday) I took Klaus's newly acquired Audi A4 to France. Perhaps he was glad to get rid of me at any price :D

Posted by doubleroo at 08:14 No comments: