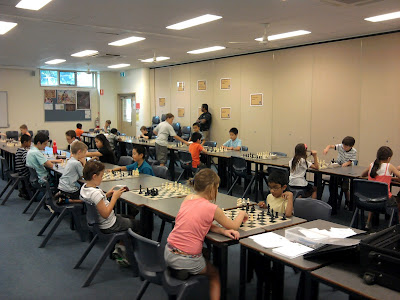 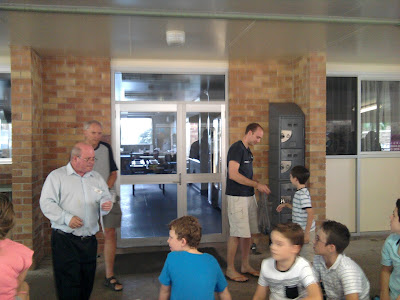 
I would like to share an email with you that I received from CAQ president Mark Stokes. After many years the Chess Association of Queensland is on the move again.

Bill Powell certainly did a fantastic job promoting Chess in Qld. His Calendar had 12 Open Events.

The Queensland Championship, with $1000 for first, and with regional champions included, will be on during the new Queens Birthday Long Week-End at Sherwood in Brisbane.

In other Queensland news, last week our State elections got announced. I have not been paying attention to Australian, much less Queensland politics for a decade but the scene seems familiar. Our left leaning incumbents, the Labour party, led by Anna Bligh, has presided over several instances of mind-blowing incompetence the funniest of which a Clever Kiwi claiming to be a Tahitian Prince (no alarm bells yet?) scammed the health service for 16 million.

Her opponent is  Cambell Newman , the leader of the opposition party, the LNP (liberal national party). He was until recently the Lord Major of Brisbane. He has been in the news a lot recently in connection with an interesting Land deal the details of wihich also beggar belief.

Eerily similar to US elections a lot of the discussion is centred on issues like Gay marriage . Otherwise each is promising public funds to different interest groups.

Democracy at work. We have a choice between half-wits and crooks like everywhere else but somehow it doesn't seem so bad here. Voting is compulsory so I will have to waste my vote on "neither of the above". 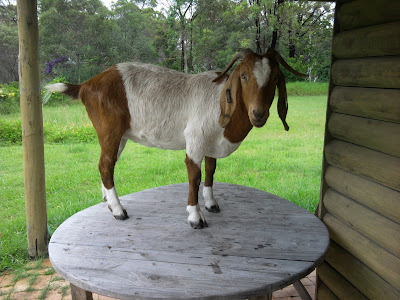 On the home front two Goats have joined the household. Gina is training to become a table-dancer and Donald 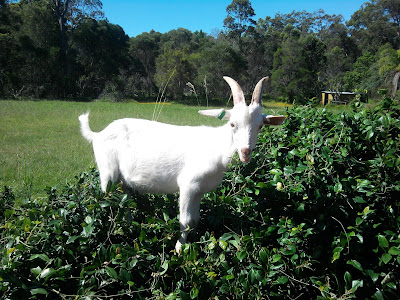 a hedge-trimmer? Goats like to climb on things...anything in fact. They also eat anything. Plants, grass, ropes, clothing, fingers if not removed rapidly etc.

That's all for today folks. Tomorrow a tournament in on on the Gold Coast but unfortunately I am about 30 years too old to play. Instead I will put on my journalist hat and bring you a report. Have a nice day :-)