Last night there was a great party at Jan Sigmund Berglund's farm. We gorged ourselves on Salmon, Barbecued Meats, Salads,  Wine, Beer Vodka, Strawberries and Ice Cream etc, etc. My favorite was the Salmon soup. The View was breathtaking 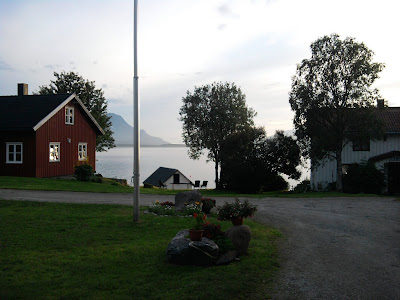 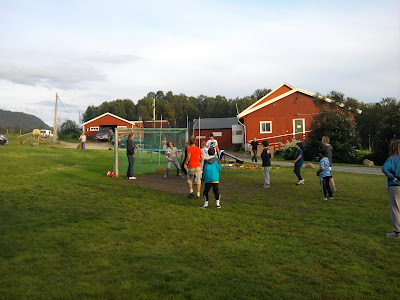 The older players mingled, drank and ate to their Hearts content, 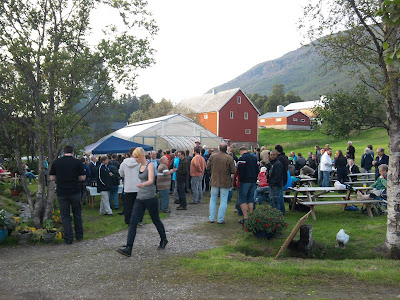 and Jan Sigmund showed that he could sing as well as organize an excellent Chess tournament and party. 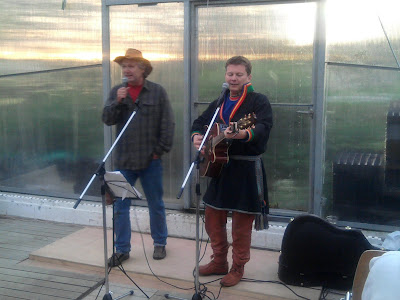 Here he joined Lars Andreassen on Stage. Lars plays folk music in his native Sami language. The Sami are the indigenous peoples of northern Scandinavia. So after a lot of food and drink plus some Russian songs courtesy of GM Igor Khenkin
we headed back to the Hotel for a few hours sleep. Rumor has it that some MAD Englishmen and one Norwegian Girl got up at 6am(after playing Bridge and drinking until 3am) to Climb a Mountain. I diligently prepared, got a good position out of the opening against GM Kobalia but then showed why it's better to relax and climb Mountains. Losing meant that tomorrow I cannot make a GM Norm anymore because I needed someone at least 2540 and got a 2500. That'll teach me....something? Probably not :-)
Posted by doubleroo at 12:35