I had a good sleep after the 25 hour trip of horror but still woke up feeling like jelly. I needed a walk shake out the cobwebs. My first stop was a temple. A nice old monk invited me in, put red paint on my forehead, gave me a piece of presumably blessed coconut and chanted some mantras for me. 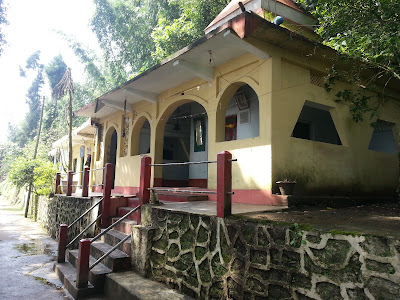 I wandered on aimlessly and came upon the tea-gardens a little while later. This is quite a large are and very pleasant to walk around in as many people do. 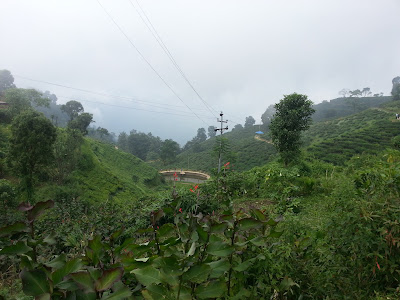 Students from the local college 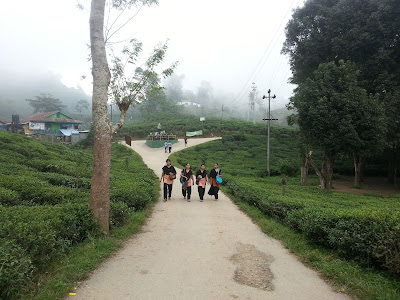 Meanwhile in town preparations were under way for the tournament. Banners like this one and flyers were everywhere. I went to the tourist office next to the bus station to try to get a map of the town. At this point any local would start laughing. A map? But instead they went one better and assigned me a guide for the day! 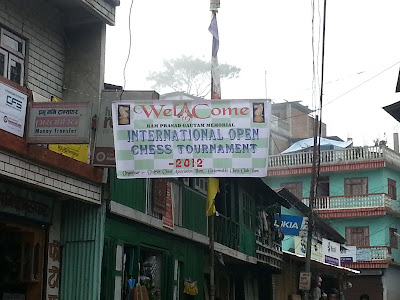 So we went to see some more temples etc...

Now things started to get unreal. Suddenly I saw a procession heading through town the size of which stunned me. 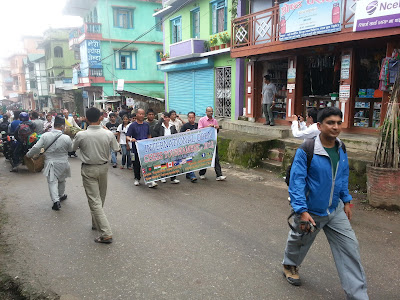 I then switched to Video mode and filmed for five minutes as children from different schools marched towards the square. No chance of uploading it here. I then joined the procession with some other players. 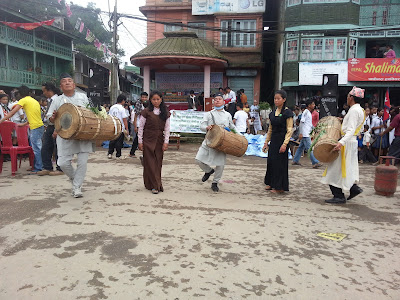 First we were treated to a local tribal dance while the procession continued to do a circle around the whole town. 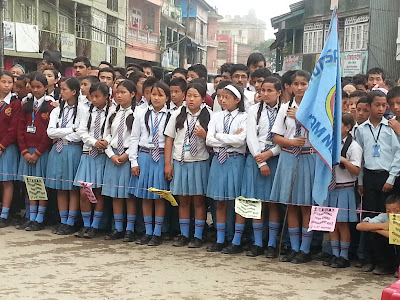 They then ringed the packed out main square. 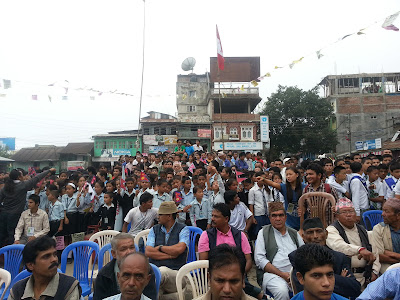 More chairs were being brought in from everywhere and people were standing on steps, cars whatever they could find to get a glimpse. The speaker of the Nepalese parliament was the guest of honour as were all the local politicians and local business men. The president of the Nepal chess federation also turned up, fashionably late, and gave an inspiring speech in which he mentioned me several times apologising that Nepal did not have the 5 star facilities to offer me that I was used to. Although we obviously still have not solved all out communication problems, we all went to dinner together and a few glasses of local scotch did help somewhat. 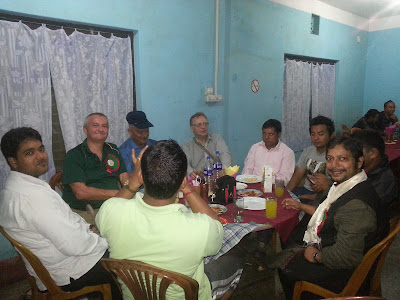 It seems that the tournament is only a side event to the opening and perhaps the closing ceremony.

As a final note, I was woken up this morning by one of the organisers trying to talk the two tourist girls living next door to me to play in the tournament. "Oh chess, that sounds interesting."