I wanted to leave some pictures for the evening post so here is part two. The tea gardens adjoin the bus station, where we arrived in town from Kathmandu. While taking pictures the manager of the Pokhareli guest house invited me in to show me his new project. I took this shot of the bus statin from his roof. The view is great. 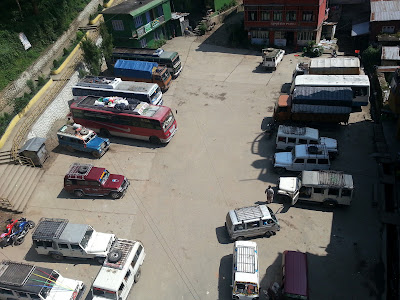 The top floor apartment has a kitchen, two bathrooms and two bedrooms that can comfortably sleep five and the decor is classy. This apartment is available for only 5000 rupees a night, about AUS$ 55.
Your buck has a lot of bang in Nepal. 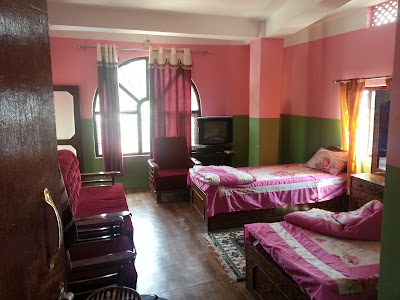 From the rooftop one can see the New Pokhareli hotel, owned by his brother, where I am staying. I was offered a few nights at the new one but I'll leave that until next time. 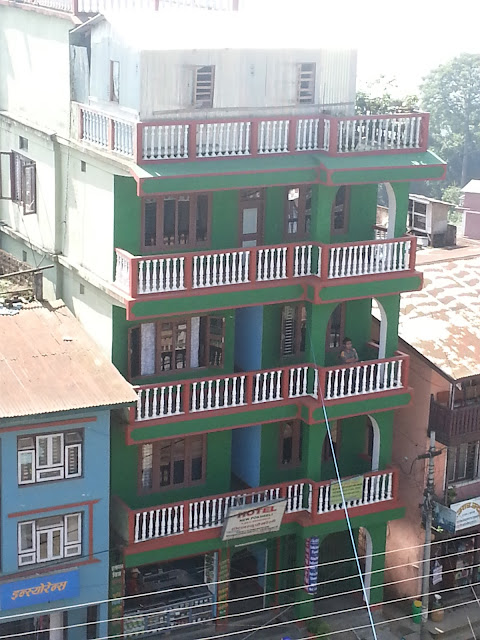 I was told it was market day and since I had finished my first round so quickly I decided to take a gander. My ankle had not started hurting yet so this way I could make sure it would later. 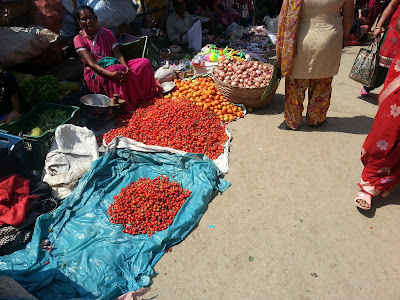 Must be chilly season. 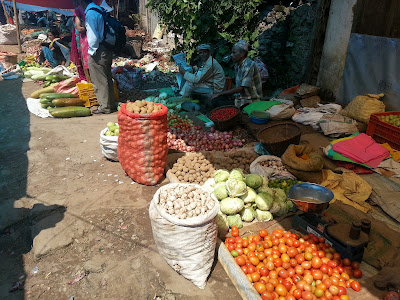 The veggies are all organic I was assured. 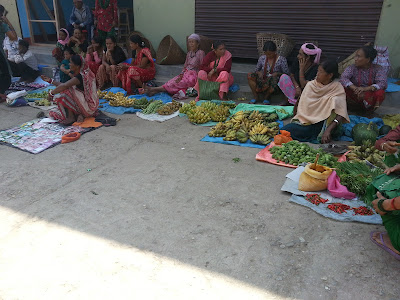 Lots of local bananas were on sale. 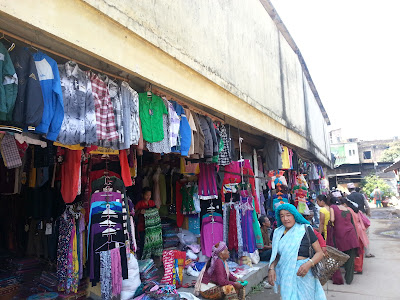 What I really wanted was some traditional clothing but was unable to find any. The manager of my hotel has offered to help me tomorrow. 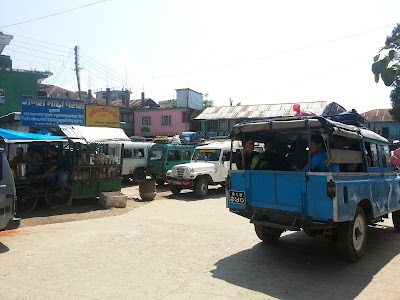 And right next to the market is the safari and local transport terminal.

After my Alekhine's  defense debacle I decided not only to play sharp but also complex chess. The modern defense is one opening where white can not easily reach a simple position and play for a draw. And one is always ready to play a Hippo :)  I am quite proud of the fact that I managed to convert an ending only two pawns up.

Just before the game I noticed that I had in fact twisted my ankle and the walk to the playing hall just exacerbated it. I could hardly walk and was in pain throughout the entire game. Noticing my dilemma the organisers provided transport back to the hotel for me on the back of a motorbike and then suggested some "medicine" in the form of a local alchohol brewed from Millet called something like Kodokoroxi. After a couple of Panadeine  forte and three drinks I was feeling a whole lot better :D 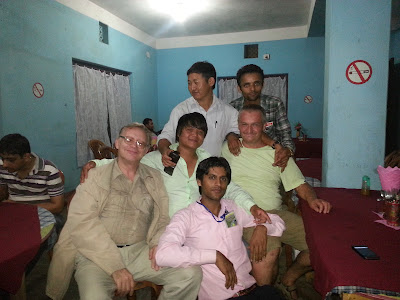 Our hosts took us for a good night out.
Hast manjana amigo's