The Venue
Like so often in Nepal, things cycle between extremes. While the last playing hall was small and crowded, here in Ilam we have a whole building! While not completely finished, it was large enough to accommodate several tournaments in comfort. I must admit that I didn't start the day in the best of moods as my accommodation  had not been settled yet and I had woken up before 6am, which rarely leaves me in a good mood. 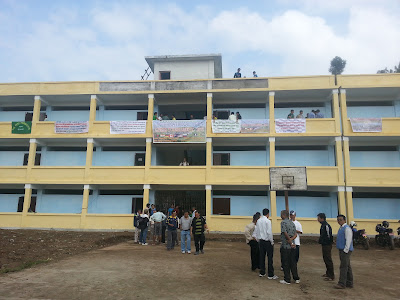 Bees
Another typical phenomenon is things not starting at the scheduled time. The first round got moved from 8am to 9.30 which meant that I could have slept a bit more. Fortuitously a Professor at the College offered to show us his house and beehive which took our minds off the delay 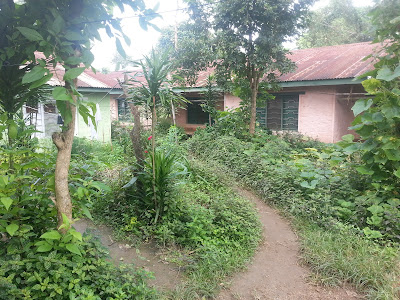 A lovingly cared for garden 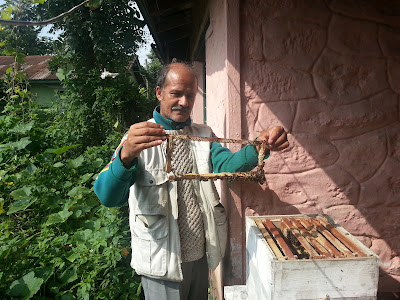 We did not get stung although we were a bit nervous :)

Finally we got started 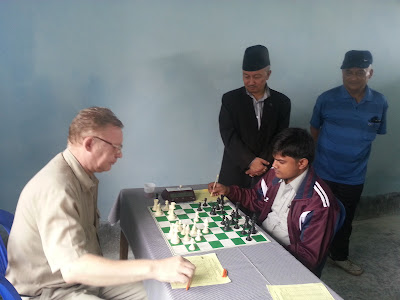 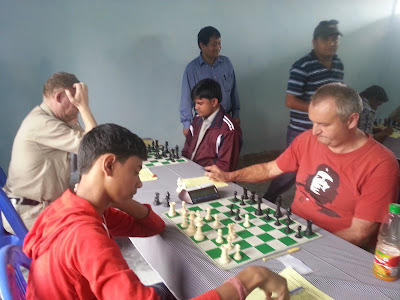 My unrated Indian youngster was giving me some problems and I spat the dummy again! There were no toilets open in the entire building and  the one I was led to in the adjacent block was unusable for a spoilt westerner. Finally I have something in common with the late great Bobby Fisher. This was quickly fixed. The ones in our building were unlocked. They were not completely finished yet and therefore clean and spacious.

As  far as the game is concerned, If my opponent had just played the simple 17 f3 instead of Qe2, then I am not sure how black should proceed.

The second game was a bit easier. Black did not seem to have a clear strategy and made a few inaccuracies like 12....Nd5 ceding the centre and 21..Nac7 (better is 21...c5). For my part I feel I should have played d4 a move or two earlier.


Everything has been arranged :)

So I went to dinner with 2/2 at my new Hotel which is closer to the Venue and the playing room for the top 10 boards had been moved next to bathroom. The president of the Nepal chess federation came by, we had a beer and a nice friendly chat and bridged what remained of our communication issues. In the end everything has been arranged and to the best of my knowledge everybody is happy.