George Trundle Masters 2019. Round 7 Brightest before the storm?


And today started to nicely! The beach Bruce took me to today was the nicest yet. There is a little island just offshore, that we swam to, and around, the sun was shining, water was divine, all that was missing was birds chirping. But like the aphorism, "its darkest before the dawn" perhaps one could say "its brightest before the storm". 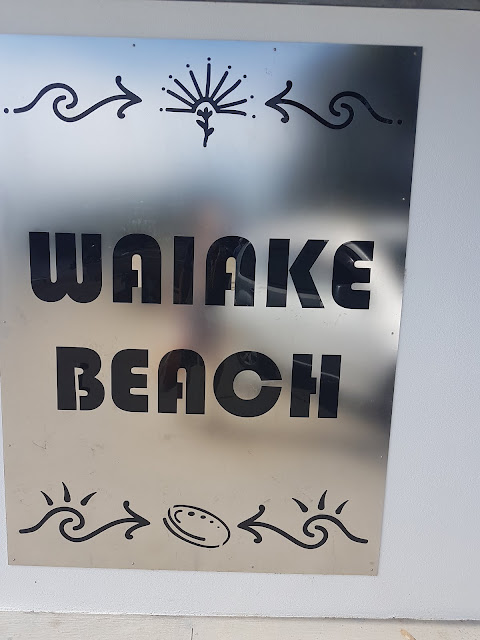 This is the glorious spot. It's in the northern suburb of Torbay. 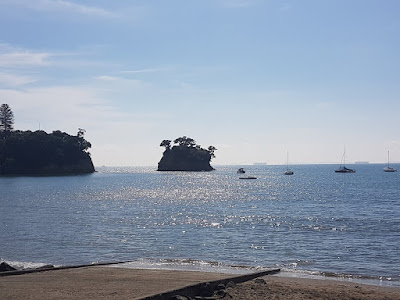 I was actually very happy with my game before I ran it through the engine. At the board, I considered black clearly better virtually from the opening. Where was white going to castle? I think Dusan had the same thoughts, as he looked quite despondent and used up all his time. Stockfish disagrees. 35.Qf5 would have justified the sacrifice. Not winning but there are some unpleasant tactics for black. After missing this, admittedly difficult move black is much better.

A few moves later I was just a piece up for virtually nothing. Now came the blunder of the year so far. The first move I looked at was 37....Qh4 Its also the best and white can resign with a clean conscience. Same after 37....Nh4. Then for some reason, with still plenty of time, I flashed out 37...Qg5 self-pinning and losing a cold piece.

I lost complete mental function now and was unable to even attempt to defend a pawn down. I became petulant, went outside cursing under my breath in the carpark and just committed suicide. I did not make any attempt to defend my position and behaved like a 5-year-old who had dropped his ice cream on the ground.

Not only did this behaviour rob me of any chance to save half a point but it is also a terrible example for any juniors who may have been present. After giving my other knight for an imaginary perpy, I resigned, shaking hands with my opponent and signed the scoresheets but did not suggest a postmortem. As I said, petulant behaviour.

Lose with dignity, win with grace.

Here I would like to apologise to Dusan, who is always a perfect gentleman, win lose or draw.

So tomorrow I am playing Izzat Kanan. It is always interesting to play a strong player, but regardless of the game or the result, I hope that I can at least behave like an adult 😇