Another day, another 10km walked, two swims and a workout in the gym. My usual walking companions went to a Lunar new year event so I did my evening walk by myself. There is a footbridge over the river which feeds the tidal lagoon next to the Waipuna hotel and conference centre.

One side looks towards the bridge to Pakuranga, 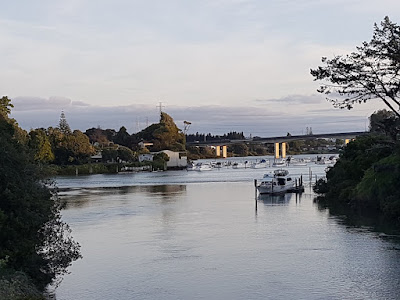 the other direction looks upon Mt Wellington. 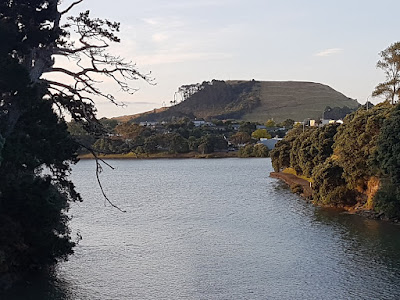 Several Times along this route we have walked past St Patrick's church and cemetery. This was the first time I have walked it alone so was able to indulge one of my weirder wants.

I have an interest which some (many?) people consider morbid. Old cemeteries. One can see an aspect of the history of a place. Who lived and died a long time ago, their surnames, heritage, epitaphs and other information in snippets written on the gravestones. 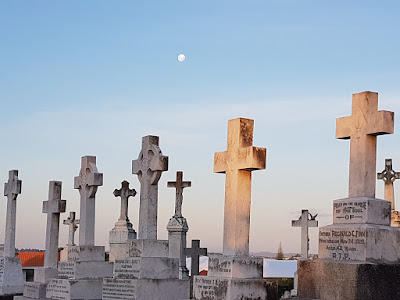 The Spencer family seems to have good genes. Florence Ann nearly made the century and Reginald John made it to 94. There were quite a few people in their late 80's and early 90's. Average life expectancy tells you little because many peoples lives were cut short due to disease. Others lived to a very ripe old age. One wonders how many children, grandchildren and great-grandchildren wander the streets of Auckland still. 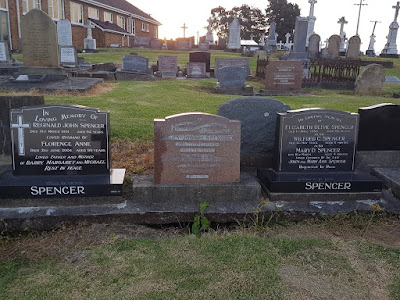 If the souls could see the view I think they would approve. 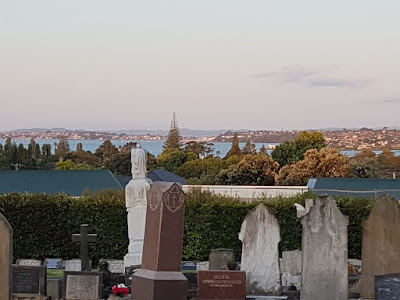 Today's game was the one I was looking forward to since I saw the participants list. After the first round, I was afraid I would not get to play Timur. I enjoyed looking at his games last night. It would seem that he is impossible to prepare for and yet I guessed that he would play the Bf4 line, and that is, in fact, the only thing I prepared for!

I liked my opening and was very optimistic after 16...Qb2. Next move, however, I would have had to play 17...Qc2 to play for an advantage. We both thought it too dangerous for different reasons. Instead, 17...0-0 just leads to a draw after a few more accurate moves by both sides.