Colbert report fans will instantly notice the similarity between his "who is honoring me now" and my poor imitation. A few days ago I was sent this article by a friend from America, Dr Alexey Root. , who has worked tirelessly to promote chess at both community and scholastic level. I visited Dallas Texas at the turn of the millennium and was impressed by how organised and dedicated the people at University of Texas Dallas were regarding their Chess programm. I am also amazed that Keith Hayward would remember me after all these years. It is people like Alexey and Keith who make competitive chess possible because their efforts increase the number of people who play and are interested in chess. This is a thank you to all the people who work to increase the base, getting as many people as possible to play chess.

It is winter here in Naujac sur Mer . 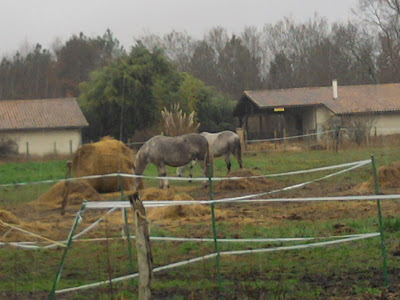 and the town is deserted. Not for long. 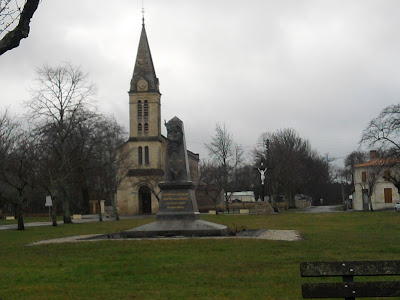 In a few months the traditional summer chess activities will start at the Camping La Rochade (where Nina and I are now Holidaying) including the famous Wine tournament. Rike and Jules have helped put this tiny village on the chess map not only by their summer program but through both the second division open team and more sensationally their second place in the top division Womens teams competition. Rike and her two daughters, Lara and Lena, need only one more to make the team! At the moment they have
Dutch GM Zhaoqin Peng but just in case I am working on providing the team with another player in future. 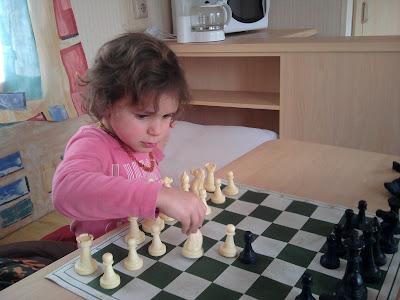 Since I met Nina's mother here she is a spiritual child of Naujac so if she does one day play for a chess team here it would not be out of place.
There is chess being played right now in many homes, coffee shops, libraries, community centers, beaches and anywhere else people can take a board and pieces. That needs to be highlighted and encouraged.
Toodles :)
Posted by doubleroo at 07:10