Statue of Liberty and other sights.

Ha! Tricked you, am not in New York. 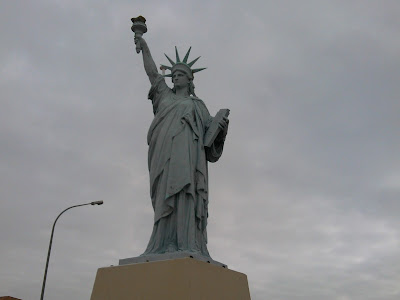 One sunny day in a row! Well partly sunny. Our first stop was Soulac sur Mer which also has a statue of liberty. While most of the Medoc region used to be swamp until the 1600's Soulac has some Roman ruins. The Church has an interesting past as well. 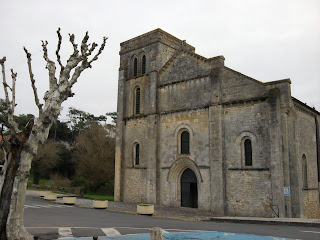 The original town was covered by sand-dunes, then dug up and rebuilt. How easy it would be for me to google, copy and paste some info about it but the German Defense Minister did this recently with his Doctorate so I'll let you do it yourself. Don't wanna be caught plagiarizing. 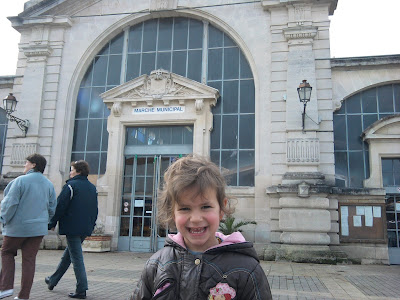 There is also apparently a great Archeological Museum in Soulac but I wonder how long a 4 year old would remain entertained there. Instead we went to the Municipal Markets. Most of the towns in the Medoc are quite sleepy or completely dead this time of year but Soulac is an exception. And Nina is a French girl and loves her food. 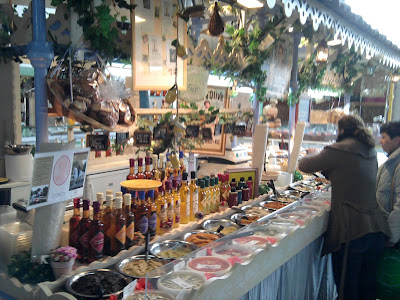 Beaches are always popular with her and my challenge was keeping her out of the water. She made friends with a dog and that helped. 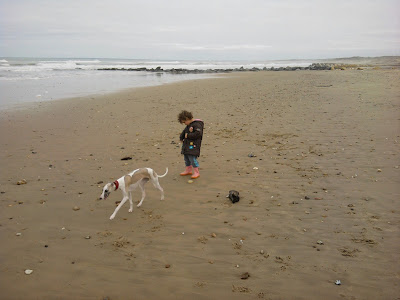 After a very long time (for me) on the beach I managed to lure her back to the Car with the promise of Pizza. 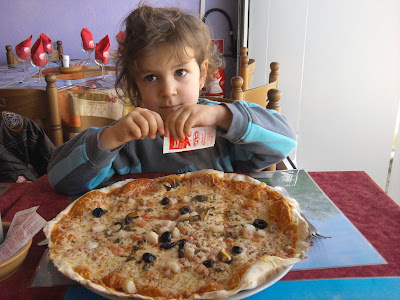 When I first came to Naujac there was a lady making Pizza's from the back of a Van. The Pizza's still exist but are now being made by her daughter. Ellianne now has a Pizzaria in Le Verdon. It is called "le magician d'oc" address: 22 Rue Francois Le Breton. It has our seal of approval. 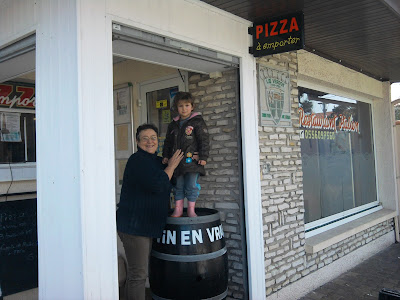 After lunch we of course had to go to another beach. On the way we saw a house transformed for a WW2 bunker. There are many that dot the coastline here. 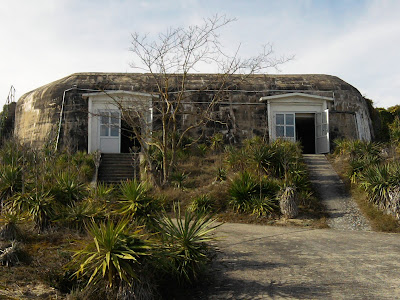 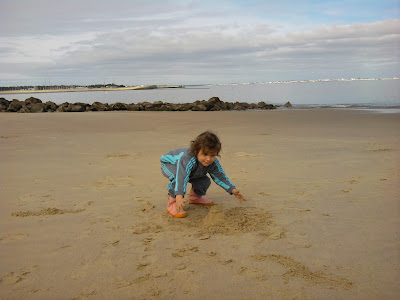 So after a whole afternoon running around you may imagine Nina was quite tired. Not so. 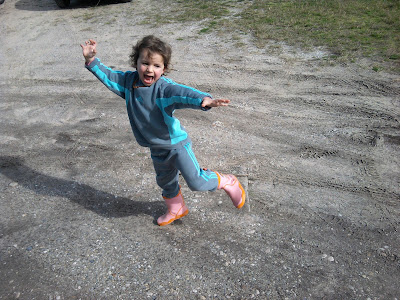 Anyway, I get up before 8am every morning now because this little alarm clock has no batteries and is too big to throw out of the window :)  I am learning more tricks, how to get her to go to bed voluntarily(checking her room for monsters), how to get her to eat her greens (her mum didn't eat her greens and is therefore short while I did) but if any parents out there can tell me any other ways of tricking a smart 4 year old I am all ears. I'm serious. Please. Pretty please?
Posted by doubleroo at 08:01